Jay Cochran - May 28, 2008
Hasbro has unveiled new images and details for their upcoming All-Terrain Tactical Enforcer (AT-TE) toy. This armored assault vehicle moves with unyielding intimidation toward enemy fortifications, plowing through energy shields and firing its six lasers and a heavy projectile cannon all the way. Its interior can hold a squad of clone troopers that can be quickly deployed for ground combat.

The AT-TE has many features that lend themselves to defending the Republic or an offensive attack against the advancing droid army. The 3 ľ” AT-TE features include: 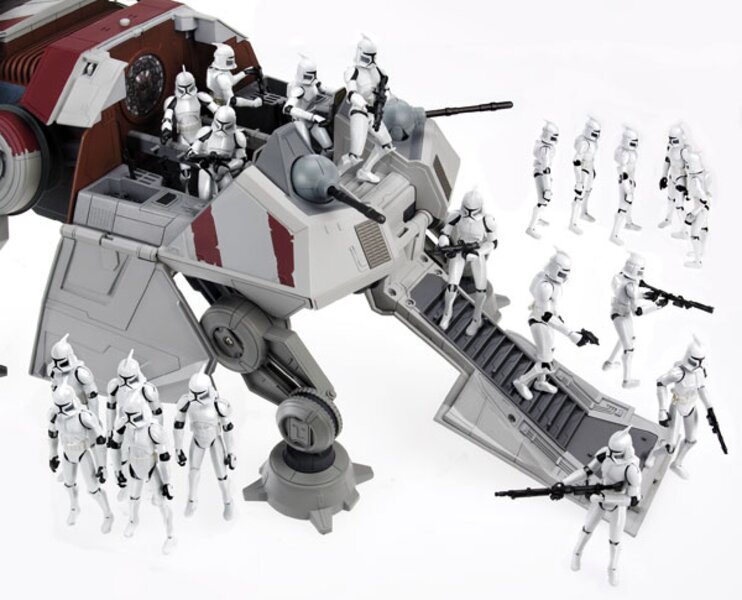 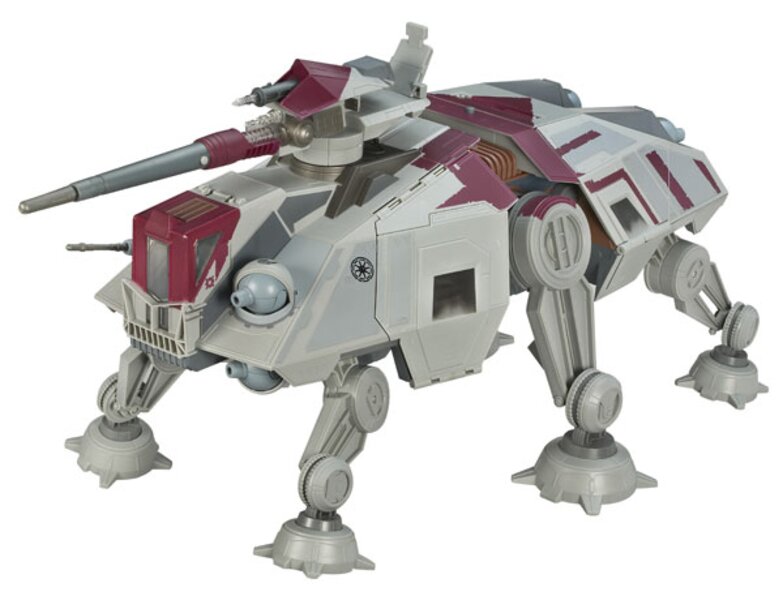 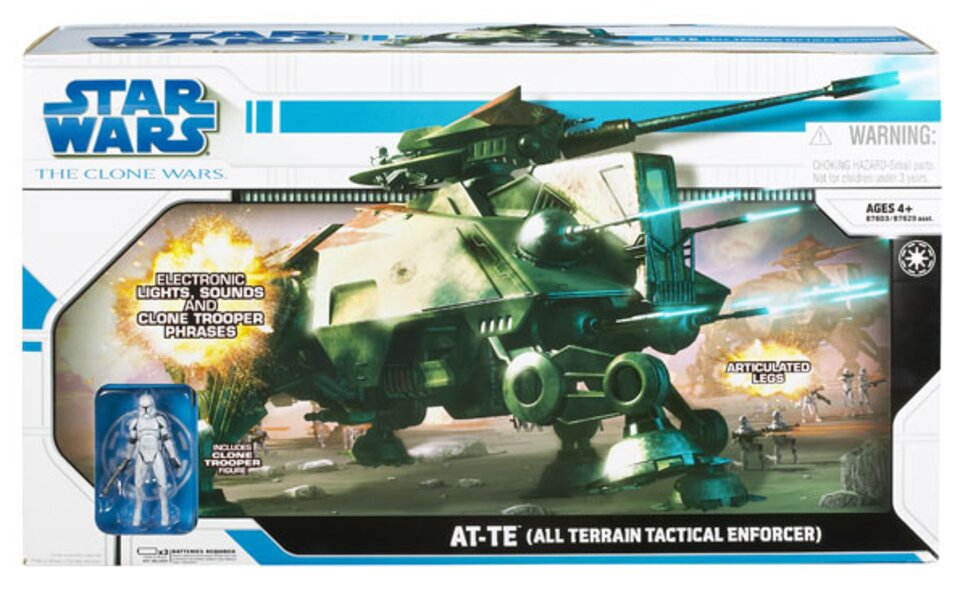 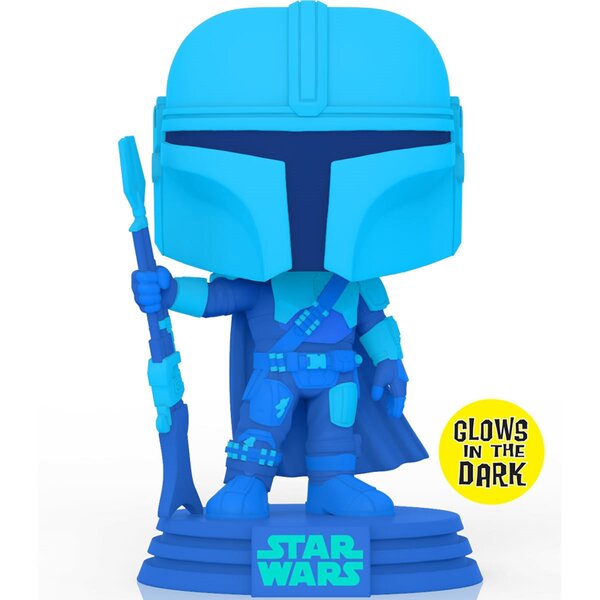 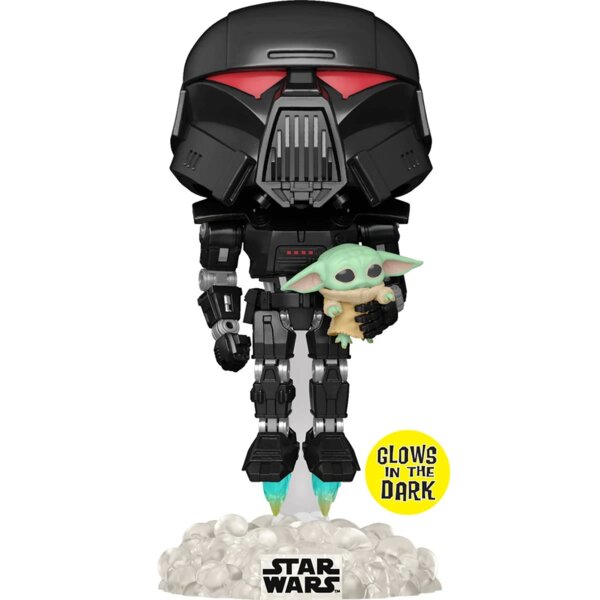 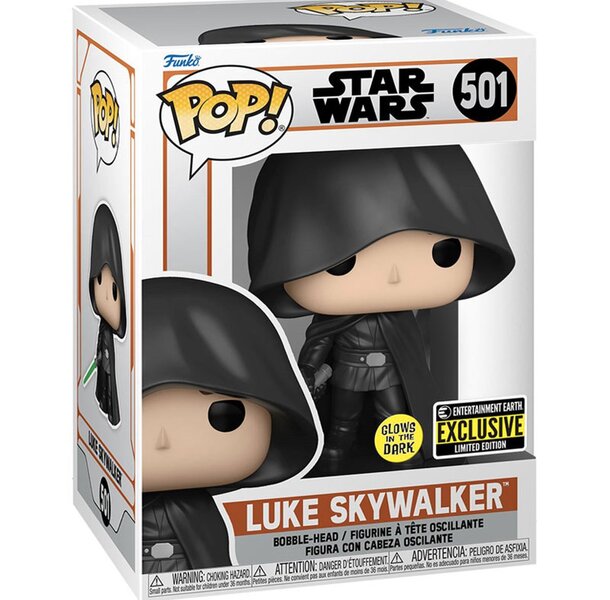 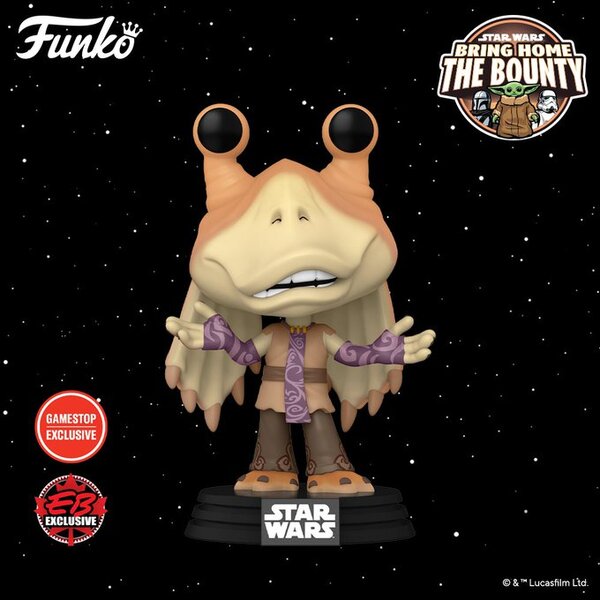