Jay Cochran - July 24, 2007
Kotobukiya will be selling two new items for their Kiriko Glass series at their booth at this weekends Comic-Con. They are C-3PO which is shown below, and R4-P17. These glases will on be sold at comic-con. They will also have a limited supply of the R2-D2 glasses they first offered at Celebration IV.

The R2 glasses are 10 oz, and the C-3PO is a more slender piece (reflecting his body type more accurately) and holds 9oz. These are large, high quality, glasses, and not tiny shotglasses.

Each glass will retail for $50.00 and can be found exclusively at the Kotobukiya booth (#921).

Combining ancient Japanese craftsmanship with the Star Wars universe, Kotobukiya produces one of the most unique exclusives to be found at SAN DIEGO COMICON: Kiriko Glassware.

Traditional Japanese glass etching technique, known as Kiriko, has been in existence since in Edo (present-day Tokyo) since 1824, when artisans first began experimenting with emery powder to produce glassware engraved with patterns. As Kiriko developed during the Meiji era (mid-19th century), the craft went through many revisions, such as utilizing new equipment introduced from the west, while still retaining the time-honored Japanese techniques utilized until this day.

Kotobukiya has taken the Kiriko technique and blasted it to Tatooine, with the release of the STAR WARS KIRIKO GLASS. The whisky style glass is hand etched at different levels, taking the patterns of the droids bodies and transforming it into a work of art. You can easily feel the deep engravings when holding the two-toned frosted texture glass in your hands. Due to the complex production involved in creating this glassware, only a small quantity (less than 350 pieces) of each Kiriko Glass will be available at SDCC.

For more information regarding Kiriko Glass, please review this article on the Embassy of Japan’s UK website: https://tinyurl.com/2a7ou3
Image 1 of 12 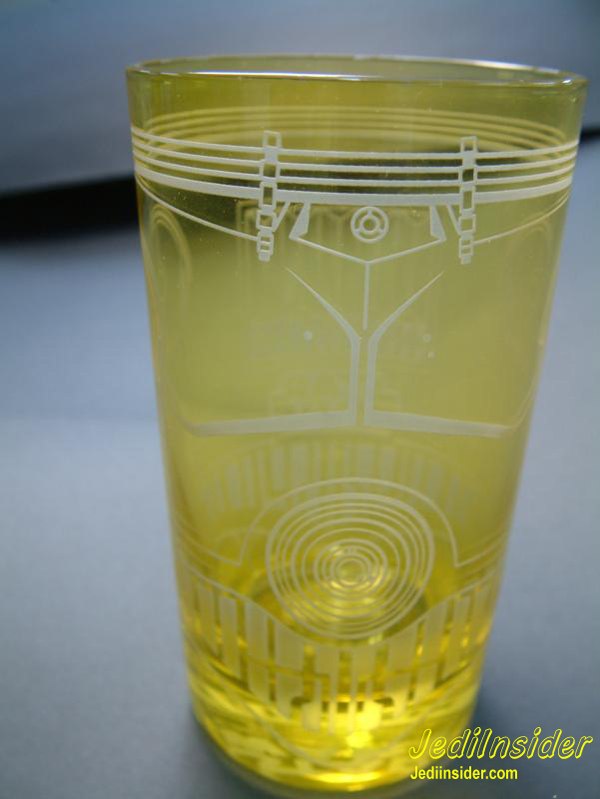 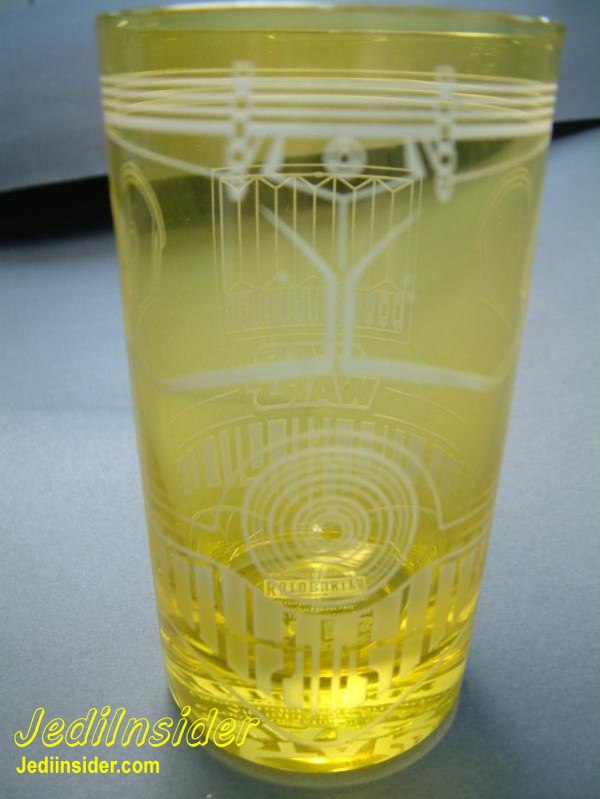 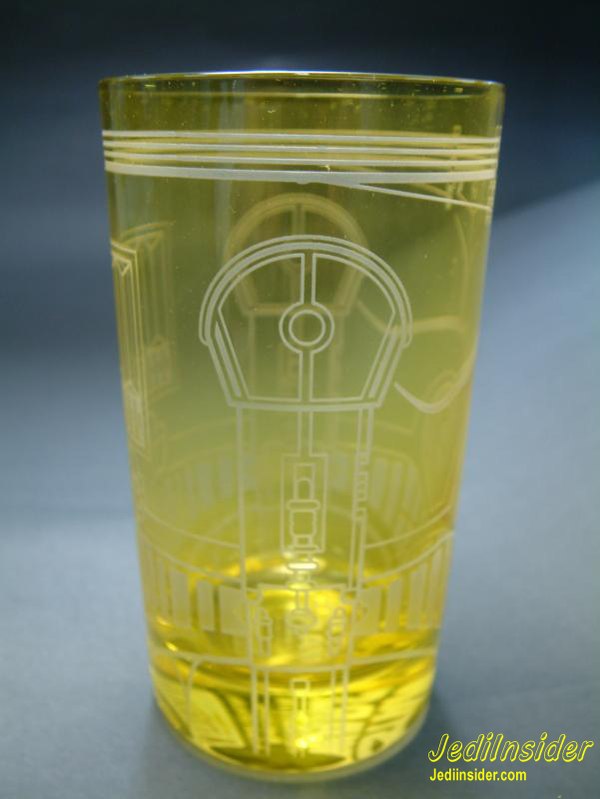 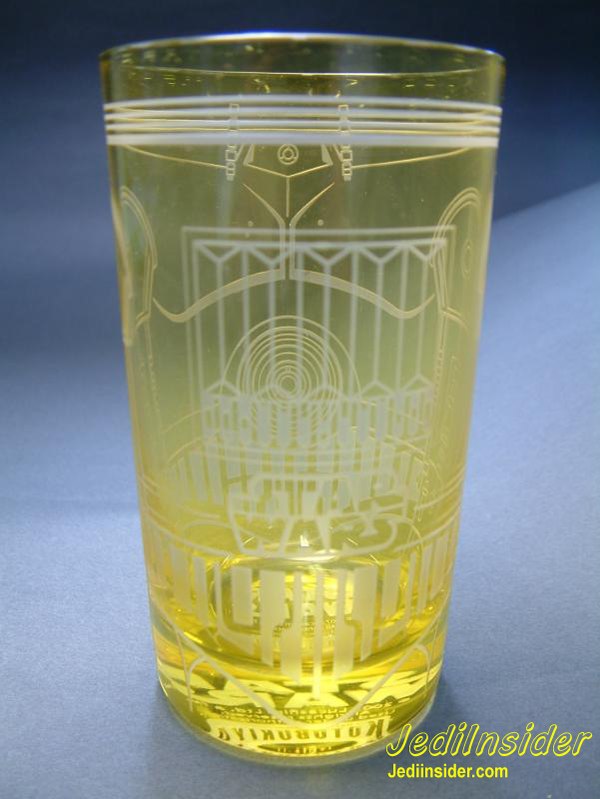 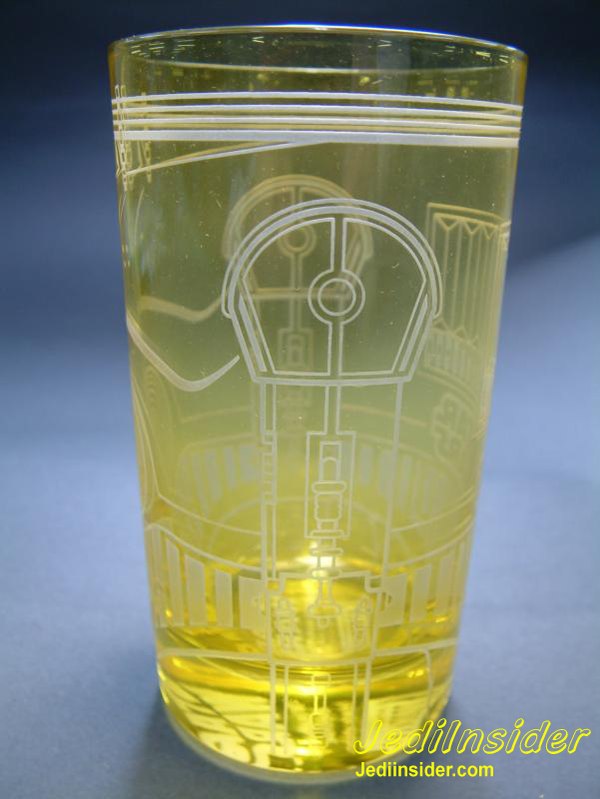 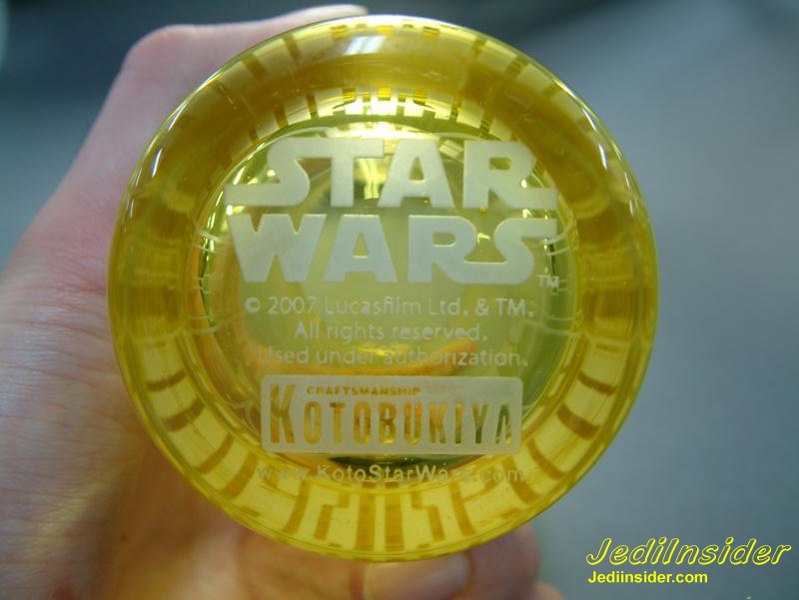 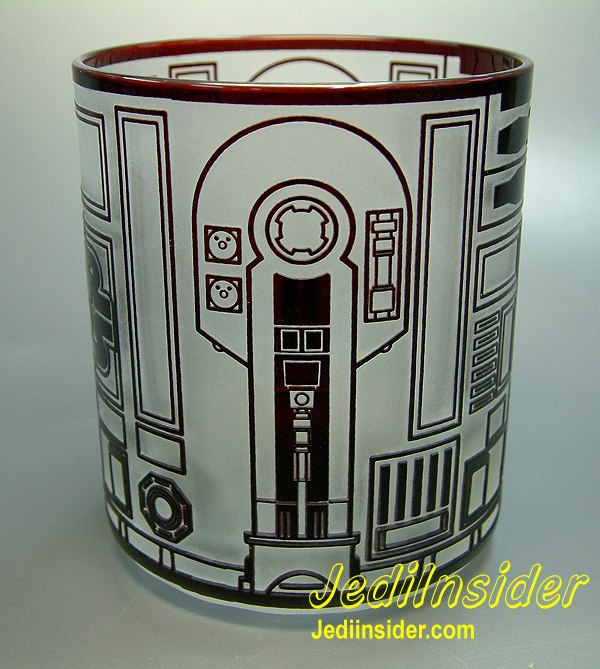 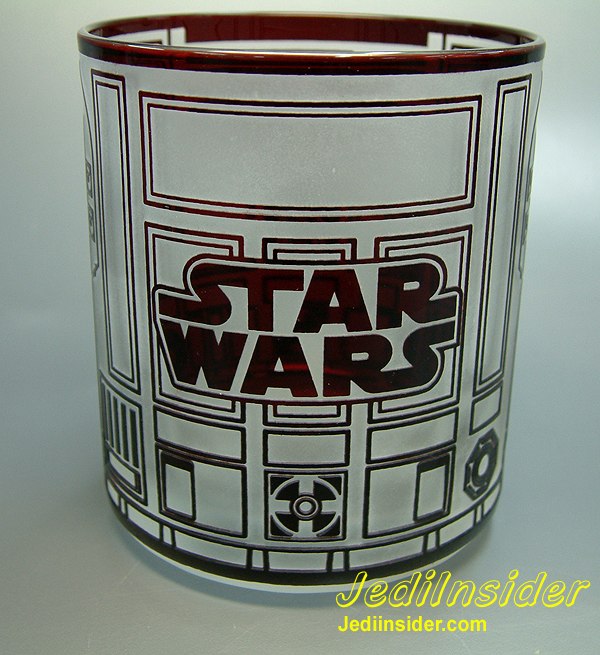 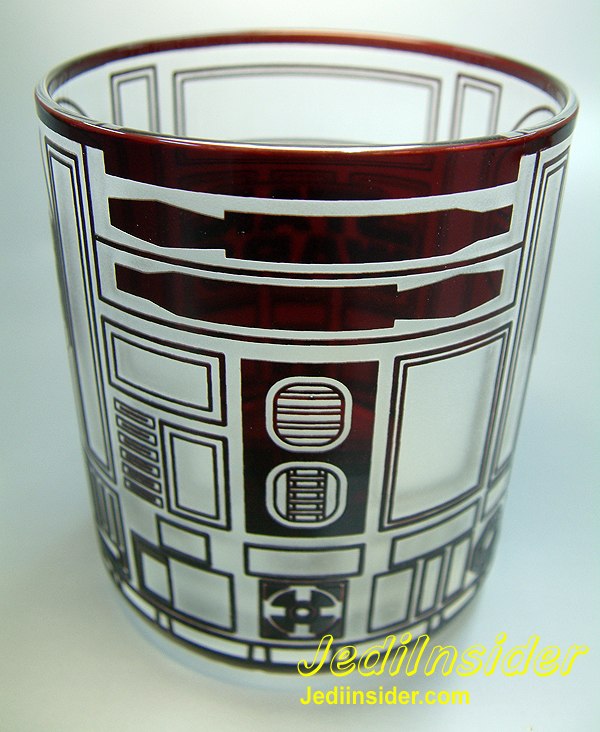 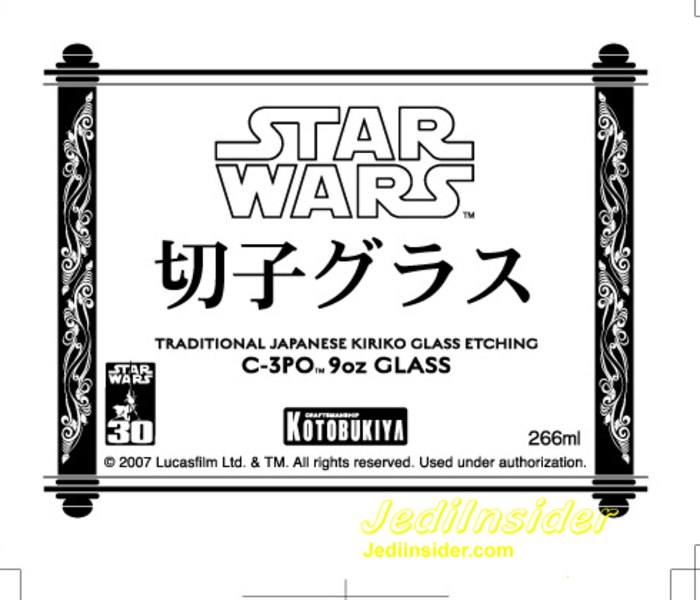 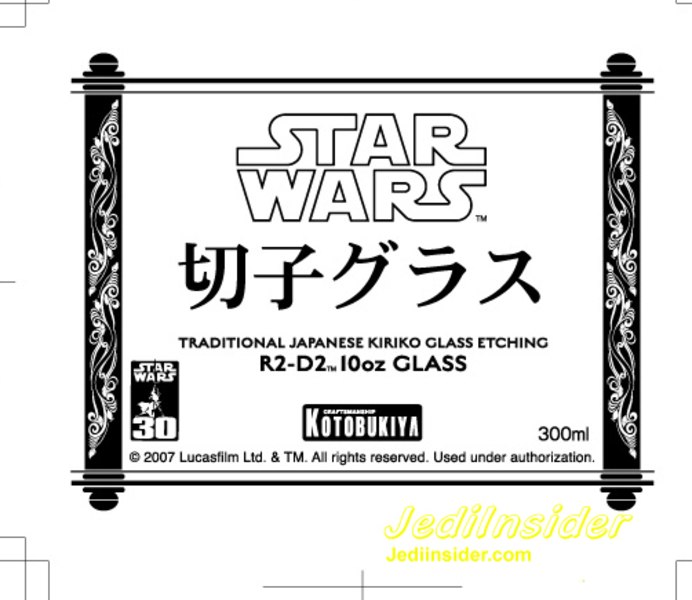 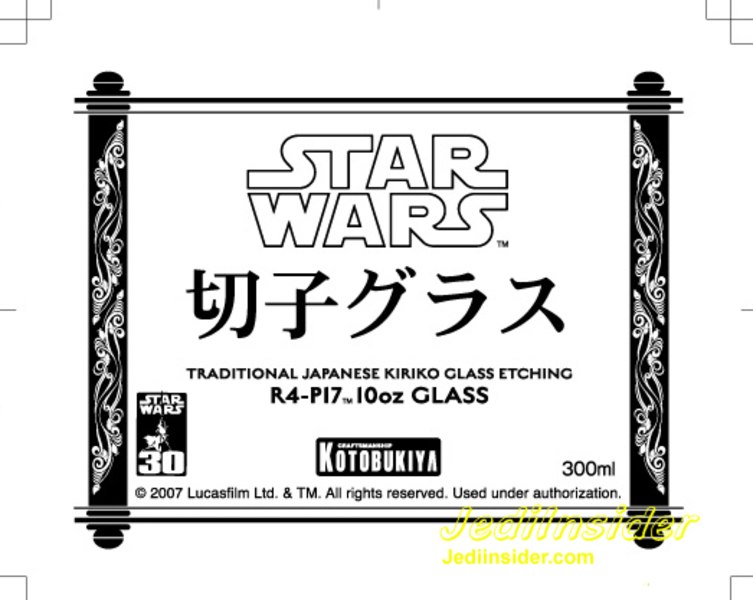