Jay Cochran - July 22, 2007
A Toys "R" Us exclusive, this Star Wars Gold Squadron Y-Wing Fighter features a swiveling gun, a canopy that opens and closes, fold-up landing gear, a Y-Wing Pilot figure, and an R5-F7 Droid. Y-wing starfighters are powerful vessels in the Rebel Alliance fleet, with ample firepower that includes laser cannons and proton torpedoes. The Rebel forces make do with whatever vehicles they can obtain, and the sturdy Y-wing is a good fighter for them because it can withstand heavy attack and still remain space-worthy. During the Battle of Yavin, Y-wing fighters fend off Imperial fighters to clear a path for the Rebels to reach the Death Star's vulnerable exhaust port. Rebel pilot Lieutenant Lepira flies Gold Four, the point Y-wing for Gold Squadron at the Battle of Yavin, but is shot down during that pivotal battle. Rule the galaxy or at least your bedroom! with this detailed Y-wing Fighter vehicle. As seen in the Star Wars film A New Hope, this vehicle features fold-up landing gear and a canopy that opens and closes! Press the button to drop a bomb and stage your own battle scenes with the R5-D7 droid figure and Y-wing pilot figure that fits inside!

Click here to pre-order this item now.
Image 1 of 3 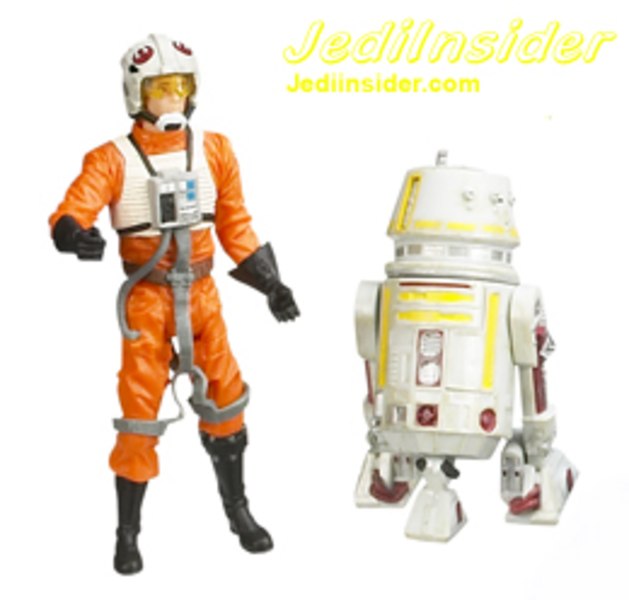