A Look At Count Dooku From Star Wars: Battlefront II 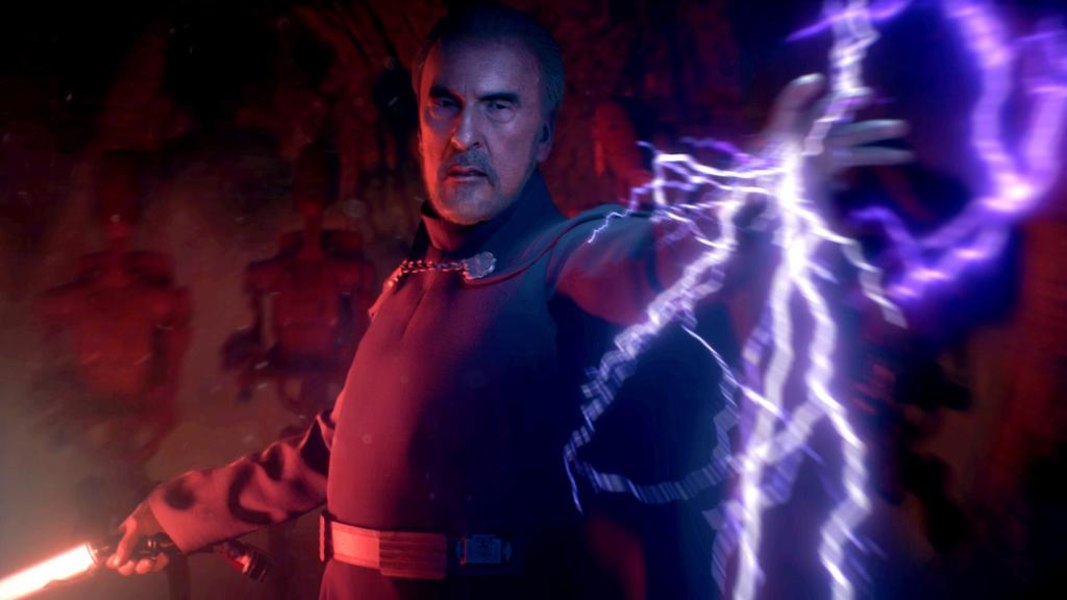 With Count Dooku's recent introduction into Star Wars: Battlefront II, StarWars.com talks with Lucasfilm’s assistant producer, Michael Dailey, about bringing the Separatist leader into the game. He says The Clone Wars was the main influence for the character's fighting style and abilities. As a duelist, "Dooku was designed to be a hero with great advantages in close combat. His basic lightsaber attacks deal higher damage, he is able to more effectively deflect enemy lightsaber attacks, and two of his three abilities give him further advantages in close-up lightsaber encounters.” Dooku is also the only character with the ability to use both his lightsaber and force lightning; although, in order to differentiate him from the Emperor, they didn't want to lean too heavily on that ability. "In the end the most important thing is that he’s both fun to play and feels authentic to both the universe and the character themselves.”
Count Dooku, voiced again by The Clone Wars' Corey Burton, joins Clone Wars era Obi-Wan, General Grievous, and soon to join the battle, Anakin Skywalker!
You can read more at StarWars.com.