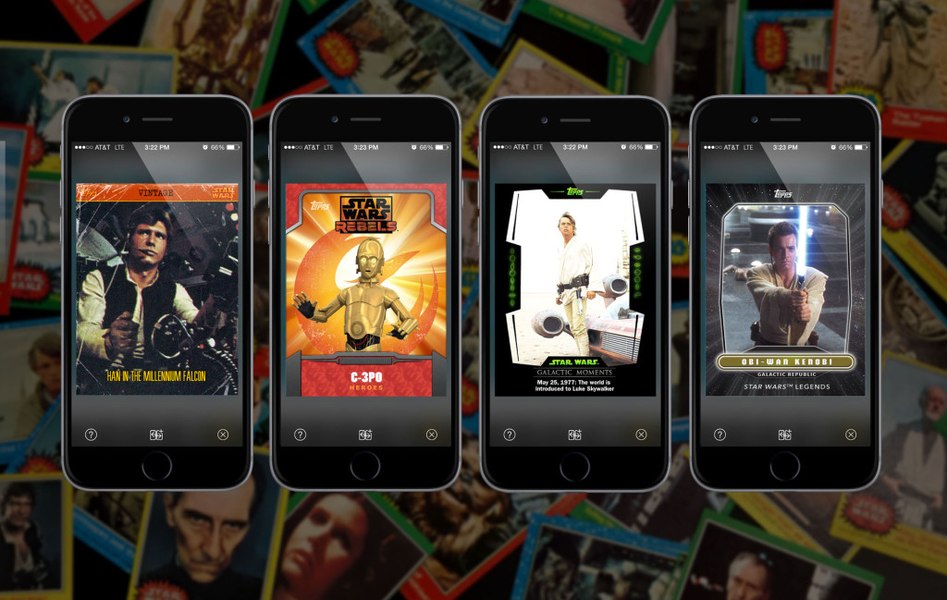 Digital trading card company Topps is commemorating the one year anniversary of their highly successful Star Wars: Card Trader app for iOS and Android with the announcement of “National Star Wars Day” on Saturday, March 12, 2016. This kicks off the first of Topps “National Days” campaign, which will be followed by a “National Day” for each one of their popular apps throughout the year including BUNT on April 9.

“National Star Wars Day” will be celebrated with the release of the ‘Revisited’ set of cards, which places characters from Star Wars: The Force Awakens into hit designs from Topps’ 2015 ’season’. Since the launch of Star Wars: Card Trader, there have been an astounding 225-million packs sold, over 1 billion cards in the system and nearly 10,000 designs.

For both casual and die-hard Star Wars fans, free packs will be available in the app and a free card will be awarded to everyone that logs in on March 12. Topps will also be doing fun giveaways throughout the day on Facebook and Twitter!