ďOur new slate of Star Wars games and apps delivers both challenging, yet casual gameplay experiences that bring Star Wars to the iPhone in a fun and amusing wayĒ

ďOur new slate of Star Wars games and apps delivers both challenging, yet casual gameplay experiences that bring Star Wars to the iPhone in a fun and amusing way,Ē said Adam Comiskey, Vice President of THQ Wireless. ďThese new games add yet another level of excellence to our expansive roster of iPhone games and applications.Ē

About the Star Wars: Cantina Game

In Star Wars: Cantina players become galactic adventurer Nia Adea, now a proprietor of a cantina on the hot desert planet of Tatooine. Inundated by demanding customers Ė including the trigger-happy Rodians, burly Gamorreans, Imperial stormtroopers and more Ė players must frantically serve the thirsty customers. Accuracy and speed are key as players work toward meeting their daily quota of classic Star Wars characters served through Career and Endless Shift modes. As gamers achieve their goals, they are rewarded with dťcor and attractions for their cantina that will bring them more lucrative business patrons.


About Star Wars: Yoda Sound Board

In Star Wars: Yoda Sound Board, players can finally receive the life changing advice from the galaxyís wisest Jedi Master Ė right at their fingertips. With more than 30 favorite quotes including, ďA Jedi craves not these thingsĒ and ďYou must confront Vader,Ē Jedi Master Yoda will impart his words of wisdom to every Star Wars fan.

The sequel to Lightsaber Unleashed, which to date has been downloaded to more than 11 million* phones, invites players to face off against a friend in a fierce battle of clashing lightsabers by swinging their iPhone while it produces authentic lightsaber sound effects. In the game, players can choose from 15 popular Star Wars characters, as well as create a character with a customizable lightsaber. In addition to engaging single-player entertainment, fans with iPhones supporting Bluetooth peer-to-peer connectivity can battle one another with lightsabers that react to the action in real time. As an added bonus, any song can be played from a playerís library as a soundtrack to a battle while those in search of the ultimate Star Wars experience can play the classic theme song that is included with the application. 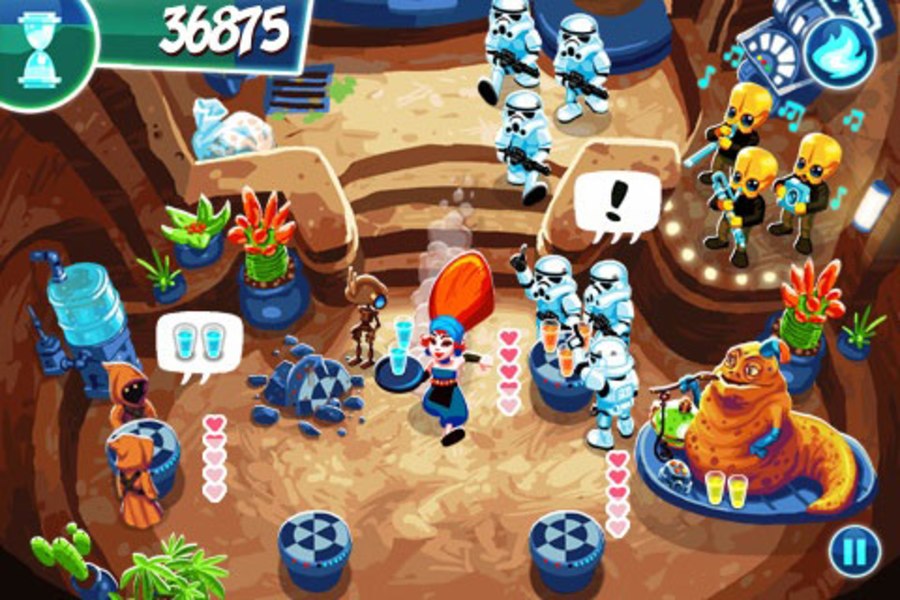