Jay Cochran - May 23, 2007
WizKids Inc., a subsidiary of Topps and the creator of runaway hit games such as HeroClix® and Pirates of the Spanish Main™, will debut its Star Wars™ PocketModel™ Trading Card Game (TCG) during Star Wars Celebration IV, the world’s biggest Star Wars party, at the Los Angeles Convention Center May 24 to May 28.

WizKids will have a substantial presence at Celebration IV event being held at the Los Angeles Convention Center (May 24-28) in booth (110#).

Along with the debut of the Star Wars PocketModel TCG, WizKids will feature oversized (up to 3-feet tall) Star Wars vehicles for attendees to play with and battle each other. Two fleets of iconic Star Wars ships will battle as players use oversize cards featuring favorite movie characters to modify the action. Crowd members will be able to participate in the action by rolling huge dice, making battle decisions & physically moving the fleet around the play area. All crowd members will receive a free sample pack containing three PocketModels (1 X-wing & 2 TIE fighters) & two game cards. In addition, WizKids will be selling a special game tin that can only be purchased at the convention. This special tin will have scenes from all six Star Wars movies and will include 5 random game packs, plus an exclusive convention-only version of the Millennium Falcon.

By merging the enjoyment of building custom decks from card collections with the fun of building miniature models of Star Wars vehicles, the Star Wars PocketModel TCG lets Star Wars fans enjoy a complete Star Wars experience. Up to 8 players can simulate exciting Star Wars battles using cards to control their fleets of PocketModel ships in their attempt to destroy each other’s objectives. This fun, easy-to-learn game is simple enough for kids 8-years-old and up, but features enough depth of strategy to appeal to adults, making it possible for fans of all generations to share and enjoy battling for control of the galaxy!

“We are looking forward to being a part of Star Wars Celebration IV and to share our product with Star Wars fans of all ages,” said WizKids® president, Lax Chandra. “We designed the Star Wars™ PocketModel™ trading card game to be affordable (under $5) and accessible to every Star Wars fan.”

Star Wars fans who are unable to attend Celebration IV will still be able to share in the excitement with an upcoming WizKids’ promotion running on CartoonNetwork.com,and WizKidsgames.com. In early June, players will be able to click on an ad that gives them a coupon for a free Star Wars PocketModel product sample pack. Sample packs contain three PocketModels (1 X-wing™ and 2 TIE Fighters™), and two playing cards. Fans simply click through the Star Wars PocketModel online ad to a WizKids page that features a printable coupon and a list of nearby hobby retail outlets where the coupon can be redeemed.

The Star Wars PocketModel Trading Card Game is a great Star Wars value with its price tag of $4.99. For under five dollars, players receive between four to eight PocketModels (to punch out and build); six random game cards; 2 micro-die; complete rules and assembly instructions.
Image 1 of 2 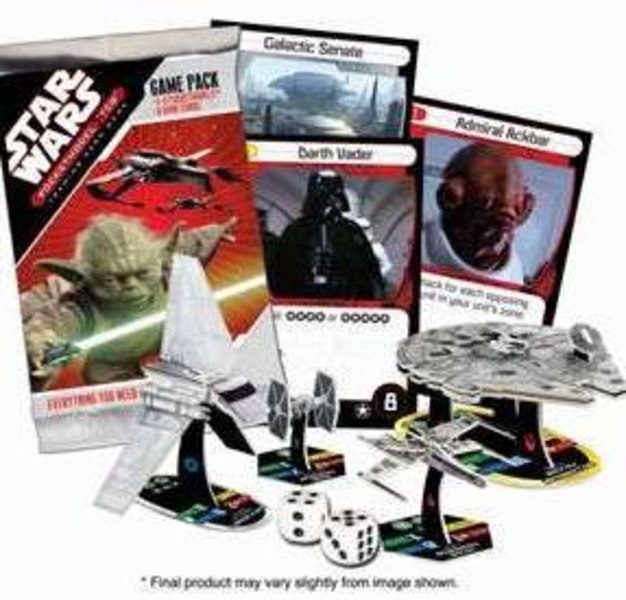 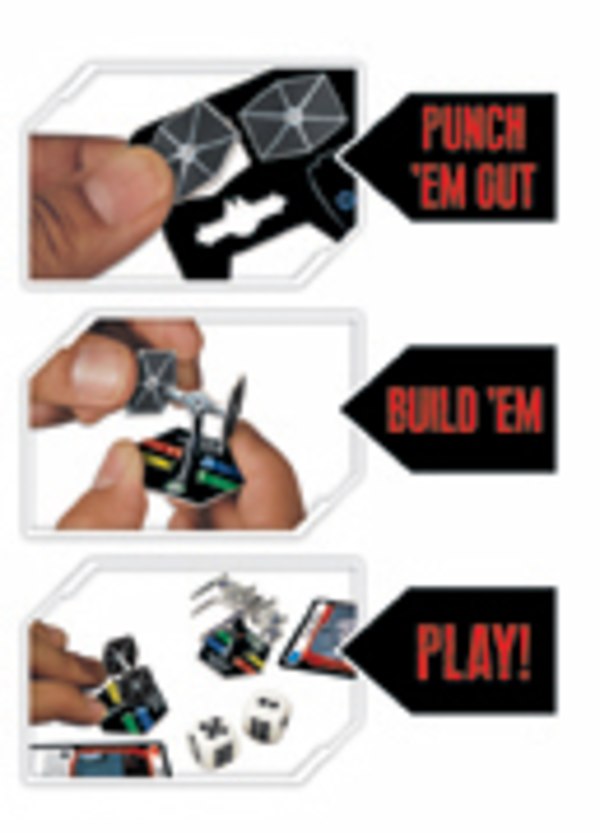