Conceptual Drawings Of The 'George Lucas Museum' In Chicago, Illinois

Outsiders - November 03, 2014
Ma Yansong, the Beijing-based principal designer of the Lucas Museum of Narrative Art has unveiled the first conceptual drawings of the George Lucas museum. The museum woould be a first-of-its-kind interactive museum of artwork and movie memorabilia in Chicago, Illinois.

The designer is calling the museum, "a new type of architecture" for the world. The drawings portray a flowing, white, sculptural building between Soldier Field and McCormick Place, between Lake Shore and Burnham Harbor drives, crowned with an observation deck that appears like a floating ring. There, Ma said patrons "can see everything around the city."

Inside the seven-story structure could serve as a multifunctional hall or concert venue. Light would shine down through the observation deck above. A "very large portion” of the building would be dedicated to education, archive and “a lot of storage for the arts," Ma said. The hallways of the round building would circle the dome, and patrons could visit a restaurant near the observation deck.

Ma and Lucas Museum Vice President Angelo Garcia said the complexity of the structure they’ve imagined, which is likely to be built of stone, requires three-dimensional computer modeling. Plans for the museum are not likely to go to the City Council until schematic designs are complete — likely in early spring. Estimates have put the building’s cost around $400 million, to be funded by Lucas. 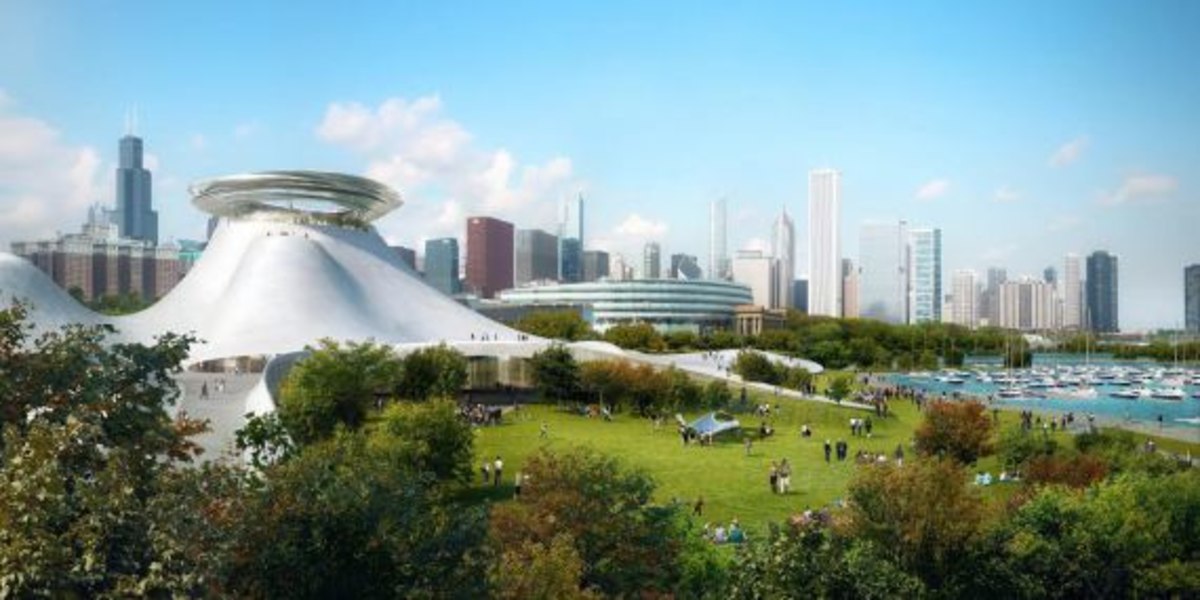