Jay Cochran - November 28, 2011
Stand Up To Cancer (SU2C) and Lucasfilm will continue their collaboration this holiday season when they release never-before-seen outtakes from the highly popular star-studded video clip that urges fans to Use the Force for Good. The campaign continues to raise funds for groundbreaking cancer research that will get new therapies to patients quickly and save lives. Just in time for holiday shopping and due to popular demand, SU2C and Lucasfilm have added a fourth design incorporating the iconic image of Darth Vader to their line of co-branded tees, which feature Star Wars™ artwork alongside SU2C’s signature upward arrows and slogans such as “Blast Cancer” and “Use the Force for Good.” This new exclusive Darth Vader t-shirt bears the slogan “Do Not Underestimate the Power of SU2C,” and will be available for purchase in late November. The full line of tees is available for purchase at store.standup2cancer.org/shop with proceeds benefiting SU2C.

“To build a grassroots movement of people determined to end this disease, cancer and references to it have to become part of the pop culture zeitgeist,” said Sue Schwartz, SU2C co-founder and partner at Robertson Schwartz Agency. “Lucasfilm’s willingness to highlight the fight against cancer with an icon like Star Wars is a huge boon to our efforts. Everyone at Stand Up To Cancer is eternally grateful to Lucasfilm and our celebrity ambassadors for ‘Using the Force for Good.’ We look forward to continuing this campaign through the end of the year to raise funds for life-saving cancer research.”

About Star Wars: The Complete Saga on Blu-ray
Relive the unforgettable moments and experience the spectacular adventure of STAR WARS The Complete Saga in a way only Blu-ray can deliver. This incredible collection unites all six Episodes together for the first time in stunning high definition with the purest digital sound in the galaxy. With over 40 hours of thrilling special features, including all-new content created exclusively for this release, you can journey deeper into the Star Wars universe and discover more than ever before. This month, feel the Force of STAR WARS The Complete Saga on Blu-ray!

About Stand Up To Cancer
Stand Up To Cancer (SU2C)—a program of the Entertainment Industry Foundation (EIF), a 501(c)(3) charitable organization—raises funds to accelerate the pace of groundbreaking translational research that can get new therapies to patients quickly and save lives. SU2C facilitates collaboration among the best and the brightest in the cancer research community. The American Association for Cancer Research (AACR) and a Scientific Advisory Committee led by Nobel Laureate Phillip A. Sharp, Ph.D., conduct rigorous, competitive review processes through which SU2C’s grantees are selected. By galvanizing the entertainment industry, SU2C generates awareness and builds grassroots support for this new approach to ending cancer. 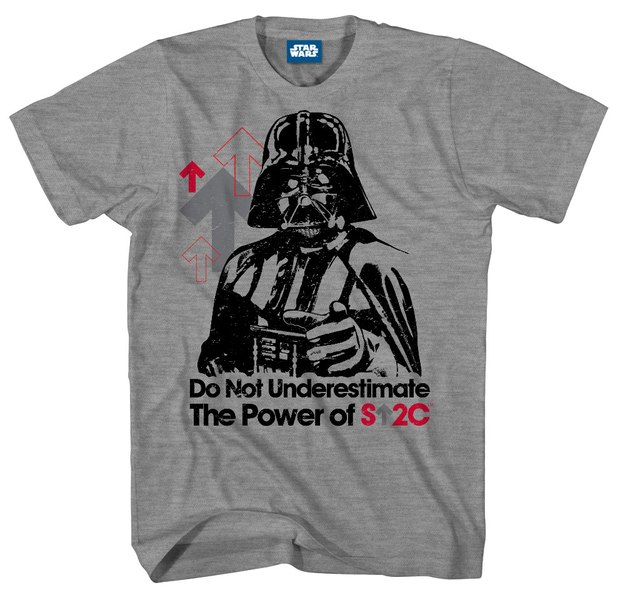 George Lucas Visits The Set Of The Mandalorian