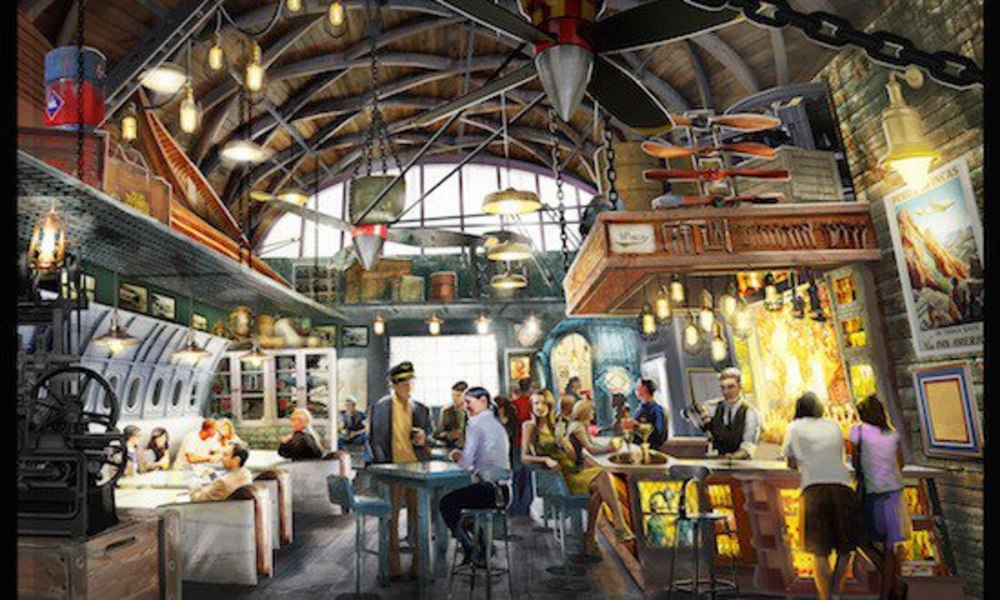 While we don't yet exactly know what new Star Wars attractions Disney has in store, one of Lucasfilm's other properties will have a new presence in 'Jock Lindsey's Hanger Bar, named after Indy's pilot from the opening of Raiders Of The Lost Ark. The aviation themed lounge, set to open this fall at Downtown Disney, will be set between the soon-to-be-expanded Paradiso 37 and recently opened BOATHOUSE restaurant, and will feature unique cocktails, such as the “Hovito Mojito”, and menu items, such as, “Air Pirates Everything Pretzels” and “Rolling Boulder Meatballs”.
(Source: DisDining.com)