Bespin refugee - July 20, 2014
In 2012, during Celebration VI, artist Michael Duron was made an honorary member of the 501st, and during the ceremony, he proposed to his girlfriend, Toni. This weekend, at Florida's Acme Superstore, the two were married. The wedding party was accompanied by Darth Vader, stormtroopers, and more, with a variety of Star Wars and comic based decorations. Congratulations to Michael and Toni!
(Photos courtesy of Juan Fontanez, Jr., Tim Proctor, and Janine Vos)
Image 1 of 7 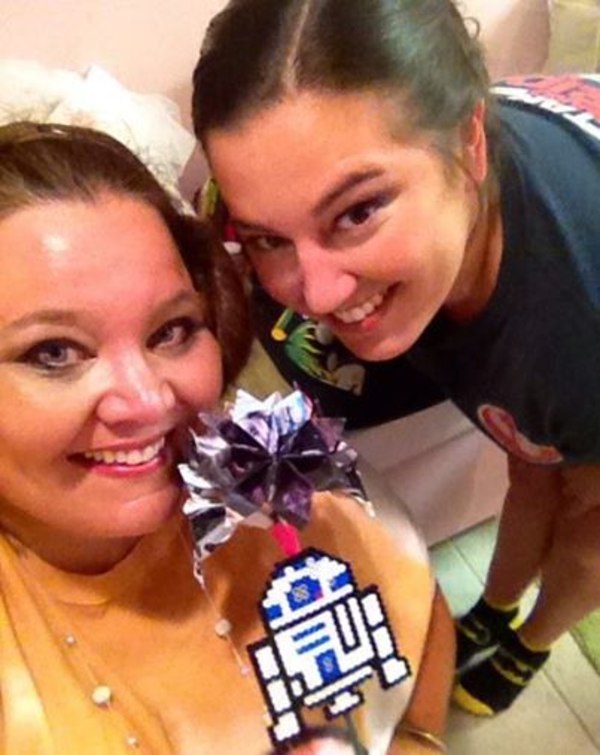 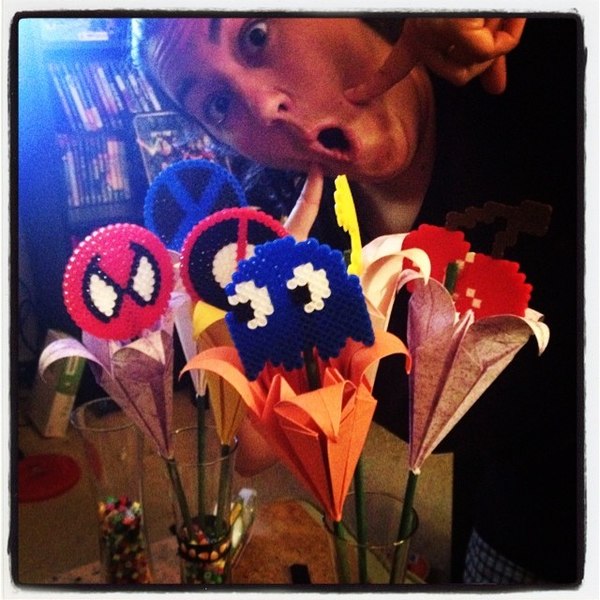 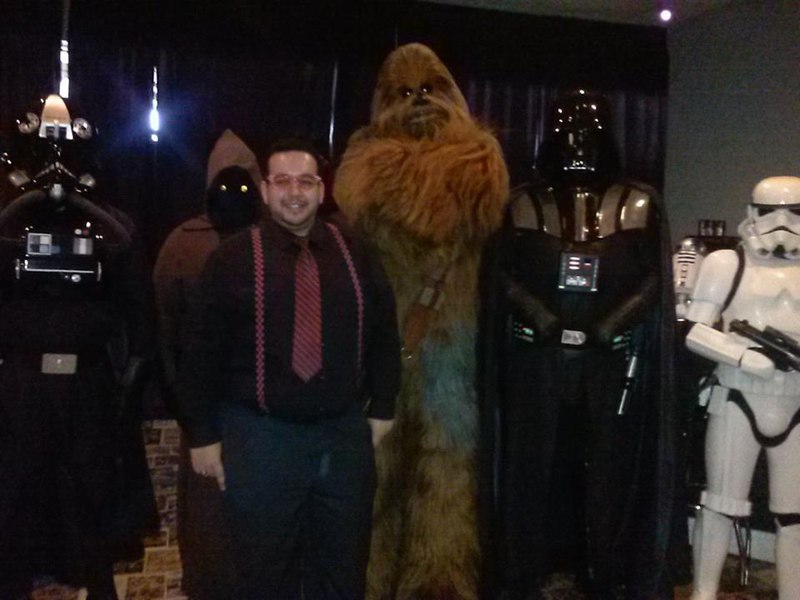 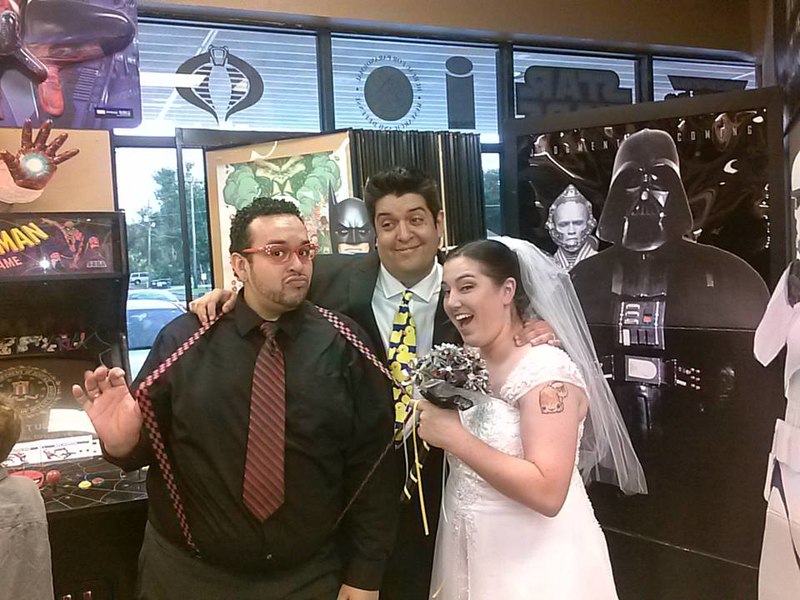 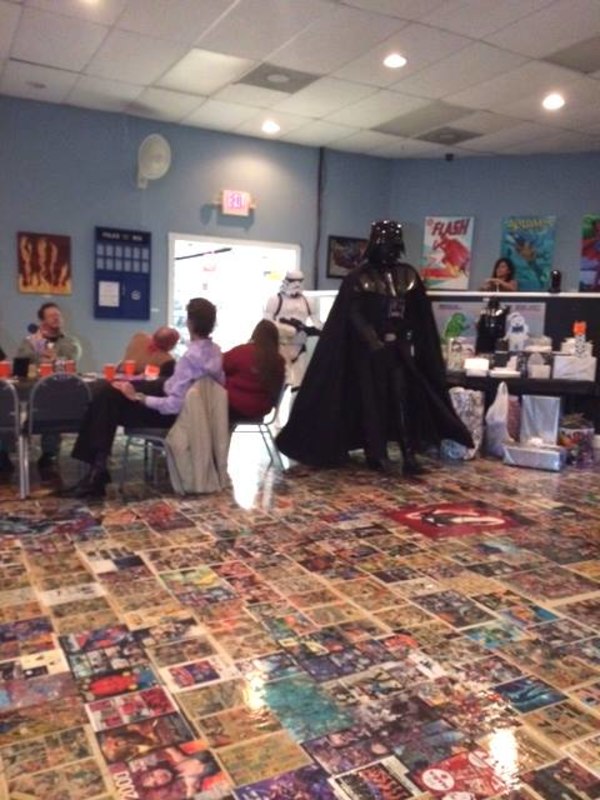 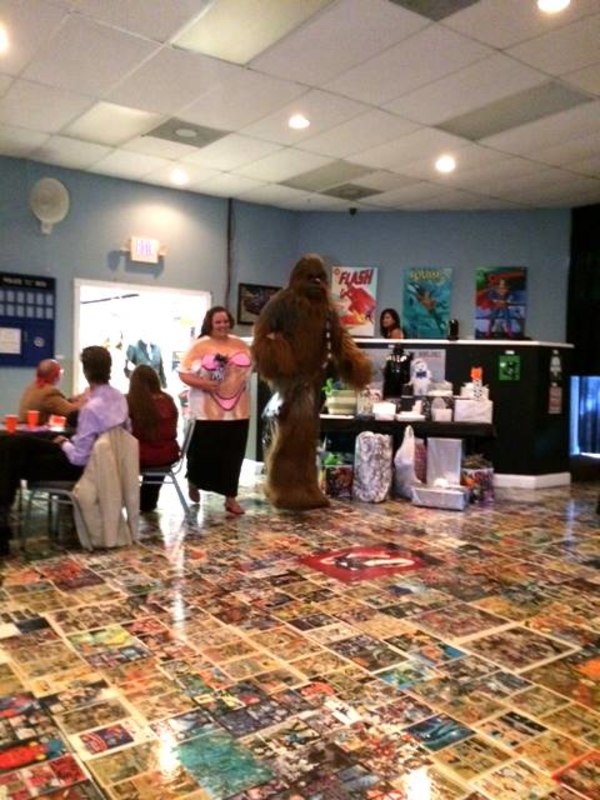 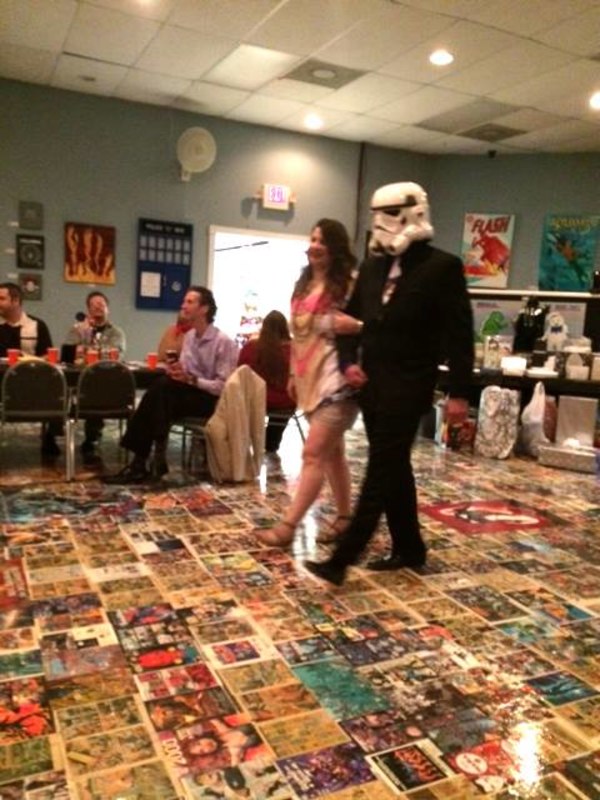 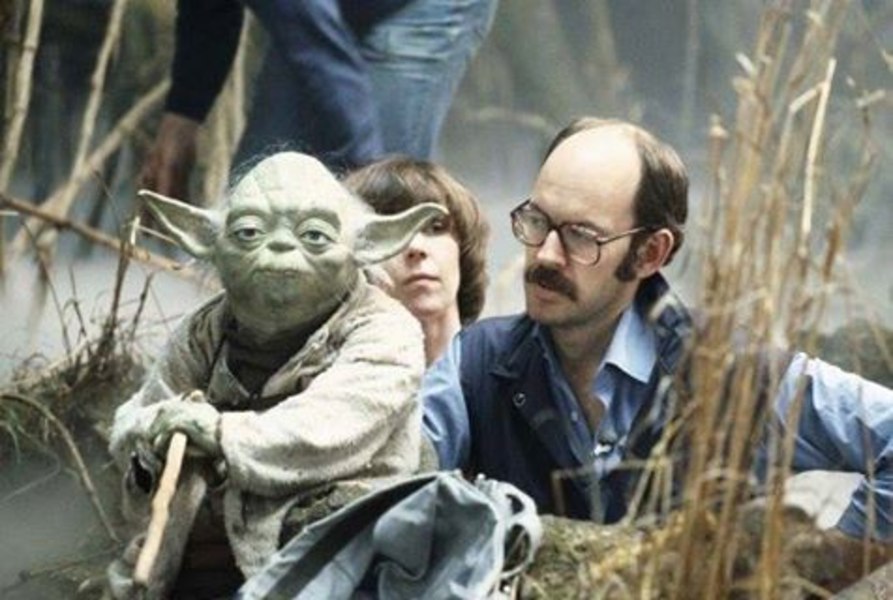