Make your Own Star Wars Valentines

Bespin refugee - February 11, 2011
For those wanting to add a personal touch to their valentines, StarWars.com has a few ideas; Bonnie Burton, with artwork by Tom Hodges, shows how to decorate your valentines using a potato stamp, or, you can pick a valentine designed by artist Grant Gould.
Image 1 of 2 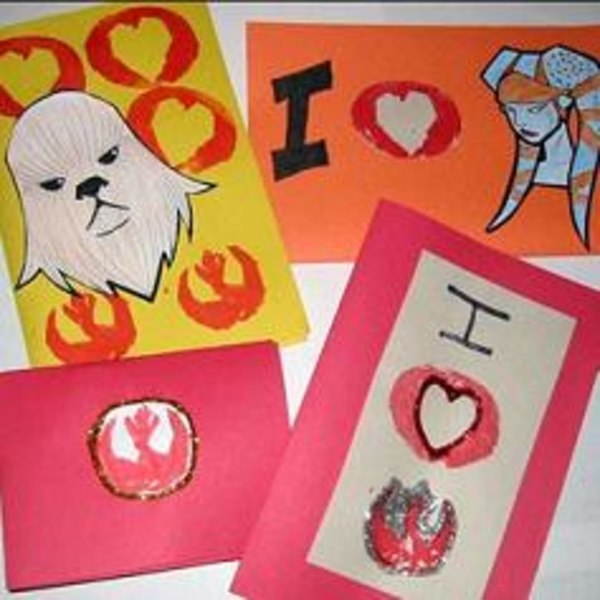 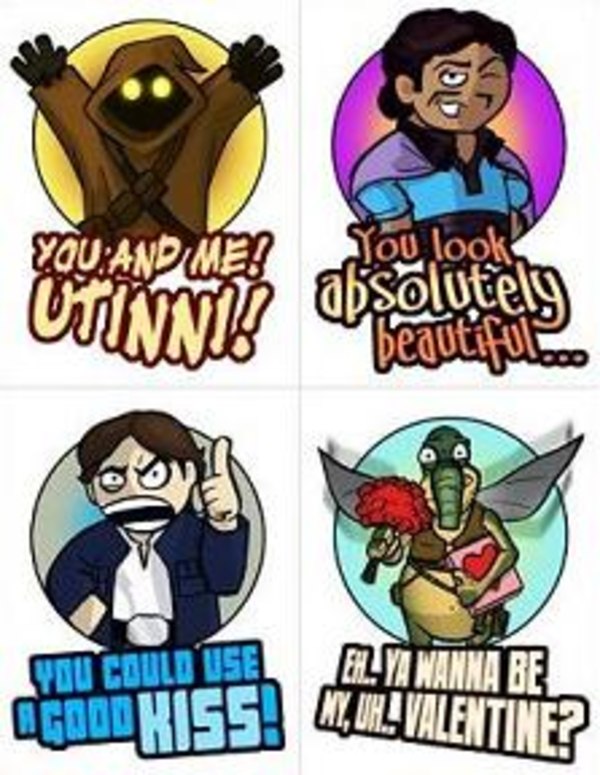 It's amusing how they are still using the compartively under-articulated bodies, with smaller joes now have double jointed knees. Hasbro...forgetting why the lost the serious 12-inch fans. Not that they care, these are for kids and nostalgic Gen-X posuers.

These seriously look awful. Except for Beachead. He looks great. The rest look terrible. Is that the Cobra Commander or a rejected Viper? Is Duke going snowboarding later with those goggles? Dusty looks like he's missing half his equipment. Flint looks like he's going to cry. The Cobra trooper looks seriously constipated.

I got the Snake Eyes one but must've missed Storm Shadow. I'll pass on those. Can't wait to see what Destro looks like!

I ended up getting the Storm Shadow one yesterday. I'd get that Cobra Commander if he wasn't so freakin pale looking.

Some of them are cool. I have Flint, Snake Eyes, and Storm Shadow. They're cool to play with, and fun if you have other 12 inch figures. But I must say that Cobra Commanderis weird. I might get it t use as a Viper and give the sword to either Storm Shadow or Snake Eyes.

I would get some if they were more like the old Hall Of Fame line.

I would if I wasn't currently broke. They look fun to play with and at the end of the day, isn't that what's important?

Is anyone on these boards actually buying this line? I would have rather seen more new Sigma Six figures than these...

I agree with everyone else. That CC looks more like a Viper and i'll probably buy him so he can be one. The rest look good. Even though Duke kinda looks like he smells something funny XD I think these guys look cool and I want to get them. Even though I AM pretty sick of molded on shirts

These figure are sooooo @##@@ piontless and awful. Hasbro has to be the worse company ever, i really wish they would melt down all these 12" pieces of #$@# along with all the stupid ass variants like scuba baroness and give me something usful like "THE FLAGG", "TERRORDOME" or how about something new like the motherfucking "B.E.T." The only Hasbro related thing worth buying at this point are the Masterpice transformers and thats not even from Hasbro because theyre too stupid to produce anything good. I'll take takara over Hasbro any day

Someone asked Hasbro, "What would Cobra Commander look like if he were going to do some yard work?" Hasbro answered. @loll@

I can tell you hes thinking....Why lord why!!! What have thou servent done to deserve this...all I want is to be a real boy.....LOL I can only pray that that whole crew who worked on this line gets fires and they can all live in the same card board box and hope that someone comes by and sets it on fire with them all traped inside!!! LOL Be ready to have this line fail along with the 3 3/4 line soon....I mean come on, how many repaints can we have.... ???? What made the older figs cool was the fact they all had there own gear, style and weapons...Whats we get now is the same old bodywith more repaints...and I know someone is going to say that some of the figures are new but.... look at them and tell me what figures you can make for future releases.....hummmmmm.lol Hasbro is lame.