An All-New Bounty Hunter Enters The Fray In Marvel's Star Wars: War Of The Bounty Hunters - Jabba The Hutt #1 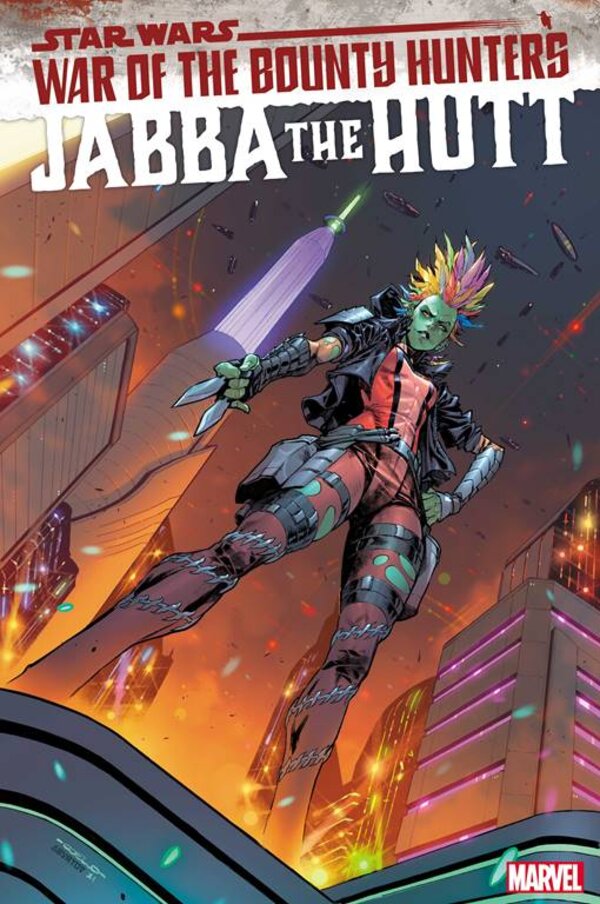 New York, NY— June 25, 2021 — Announced yesterday on StarWars.com, a new bounty hunter character will be making their first appearance on July 21st in STAR WARS: WAR OF THE BOUNTY HUNTERS - JABBA THE HUTT #1. Created by writer Justina Ireland and artist Iban Coello, Deva Lompop will be recruited by Jabba the Hutt to succeed where Boba Fett has failed and bring him Han Solo! Equipped with an array of unique weaponry and sporting a killer design, Deva is set to have a major impact on the action-packed crossover and will appear in all four upcoming War of the Bounty Hunters one-shots.

And while Deva may be new to fans, she’s been causing trouble in the Star Wars galaxy for a very long time. A member of the alien species known as the Shani, Deva’s long lifespan has allowed her to operate in the underworld since the High Republic era, and readers can expect to see her in works set during that time in the near future!

“Deva was the product of my absolute love of feathered lizards and badass women,” Ireland told StarWars.com. “There is definitely something awesome about getting a chance to bring a High Republic character to the War of the Bounty Hunters, and for High Republic fans they should watch for Deva in upcoming works.”

Don’t miss the debut of Deva when STAR WARS: WAR OF THE BOUNTY HUNTERS - JABBA THE HUTT #1 hits stands on July 21st!

Retailers, don’t forget to order your copies of STAR WARS: WAR OF THE BOUNTY HUNTERS - JABBA THE HUTT #1 by Monday, June 28th!

Variant Cover by IBAN COELLO with colors by JESUS ARBURTOV (MAY210678) 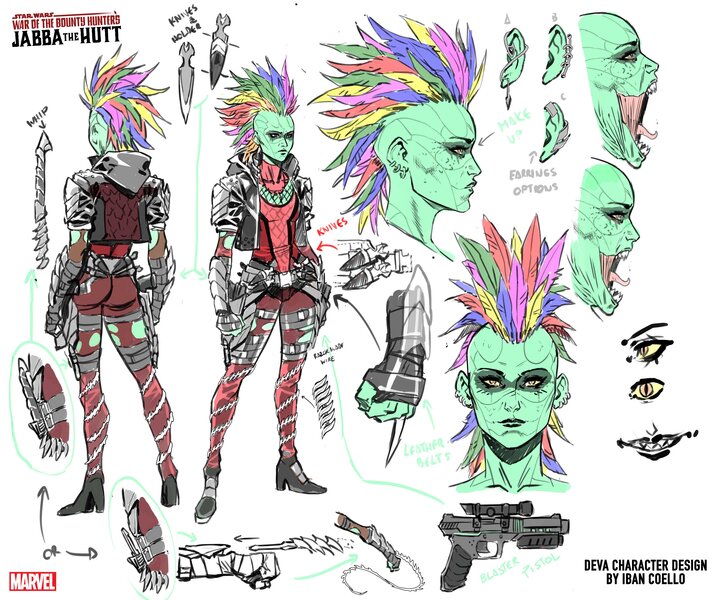 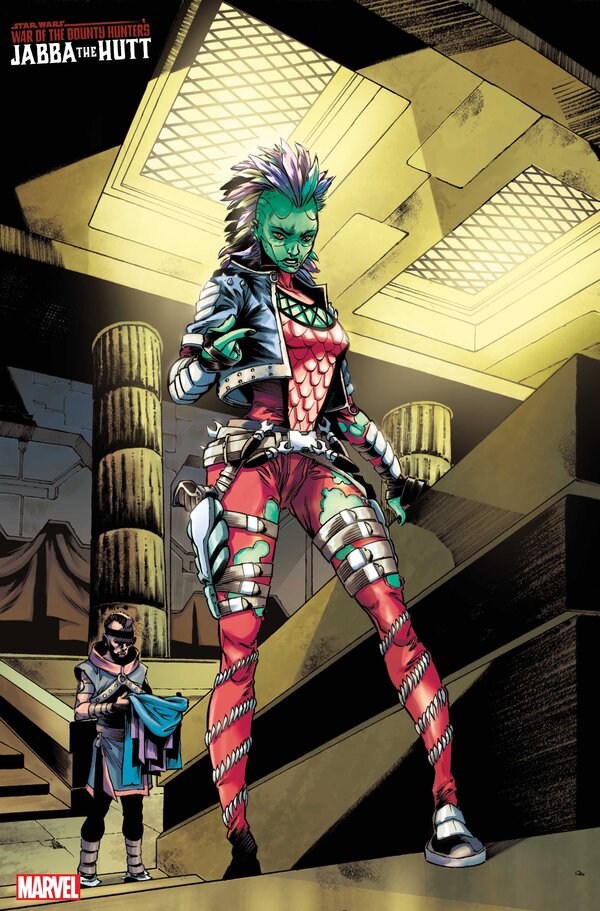 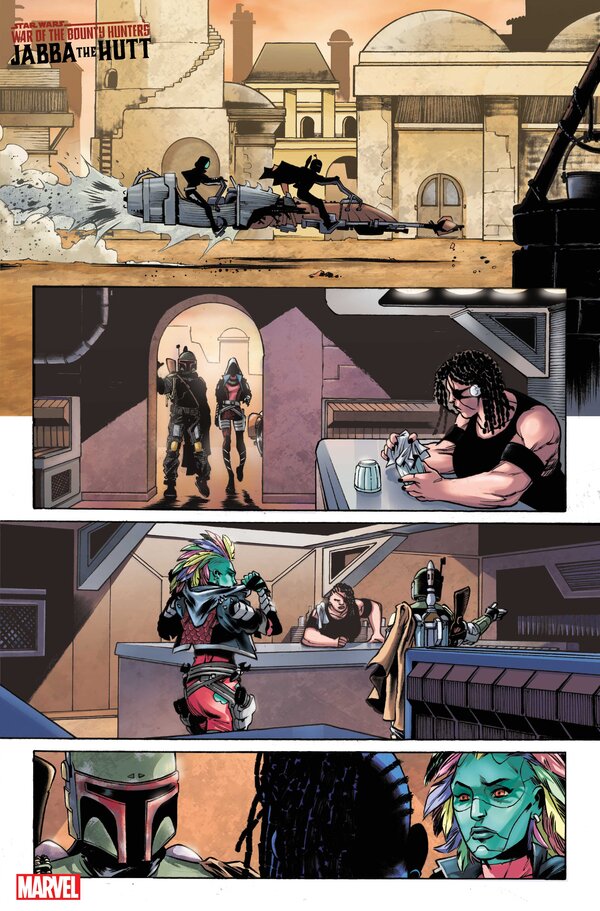 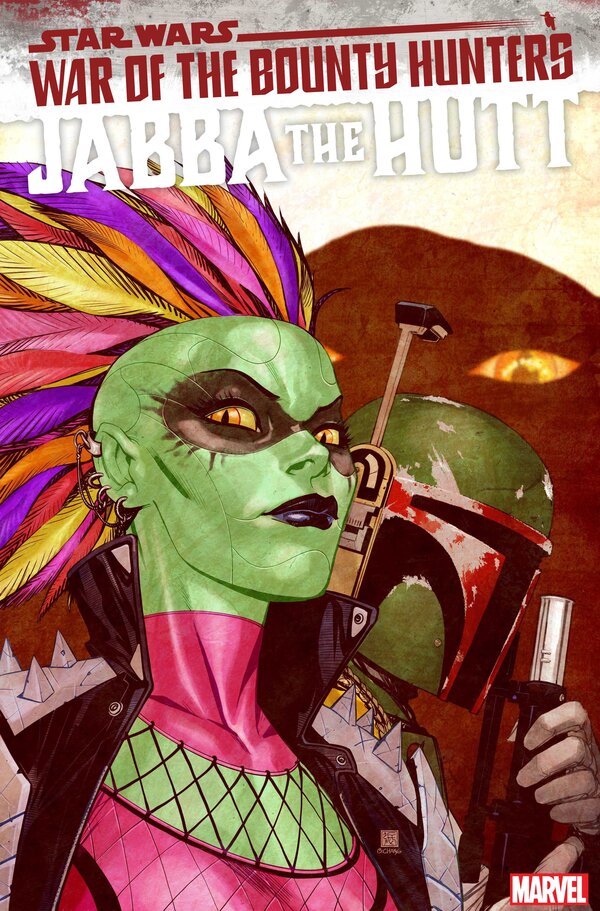 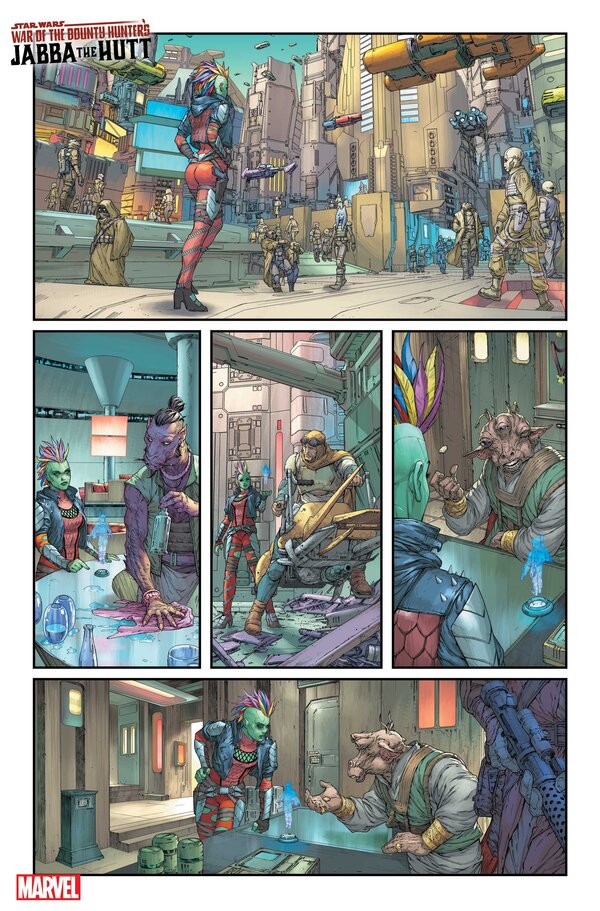 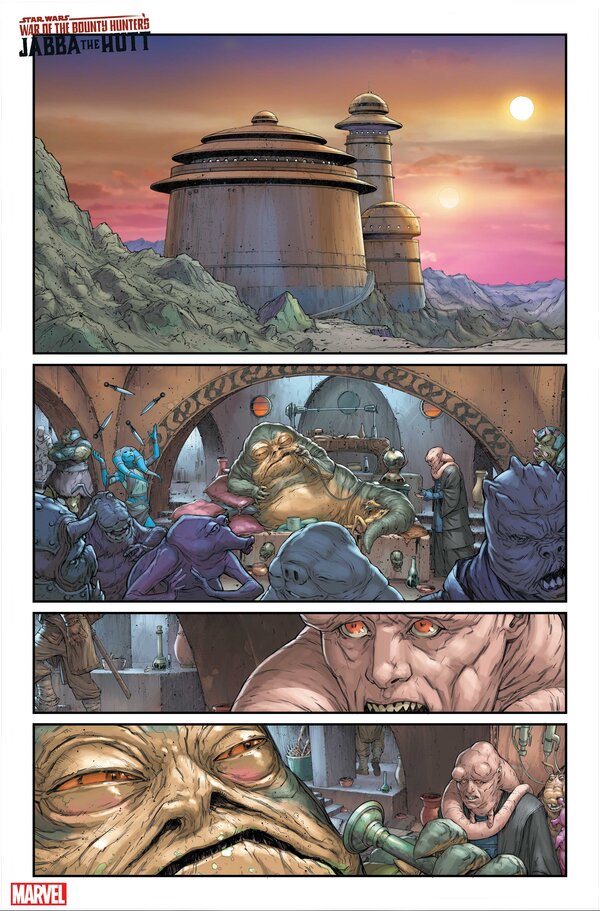