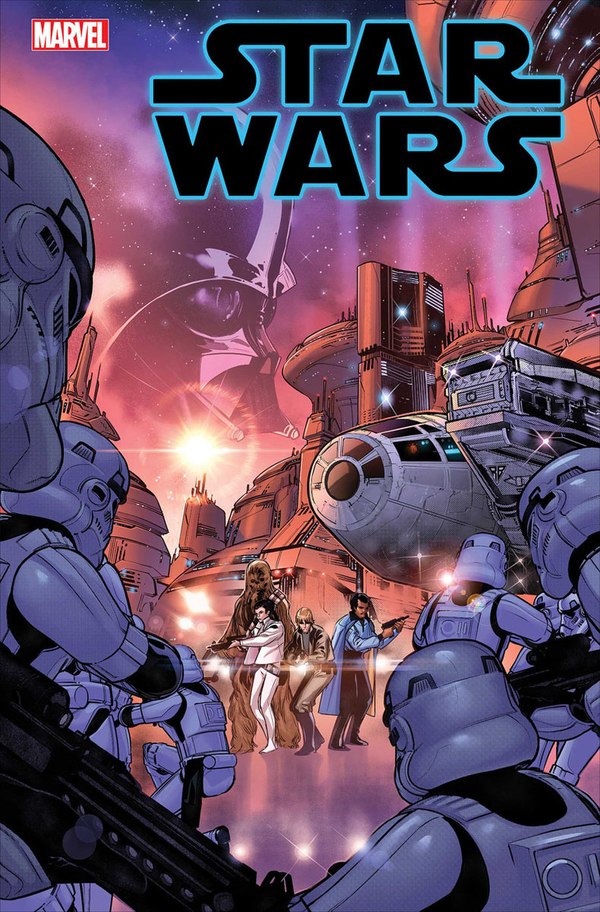 STAR WARS #3
CHARLES SOULE (W) • JESUS SAIZ (A) • CoverS by R.B. SILVA
EMPIRE STRIKES BACK VARIANT COVER BY CHRIS SPROUSE
VARIANT COVER BY EMA LUPACCHINO
RETURN TO CLOUD CITY!
• The end of the war and the final defeat of the REBEL ALLIANCE are inevitable as the cunning IMPERIAL COMMANDER ZAHRA unleashes her fury against the splintered and scattered survivors.
• But where have the Rebellion’s greatest heroes gone when their cause needs them the most?
• LUKE SKYWALKER’S only hope at becoming a JEDI KNIGHT was lost during his battle with DARTH VADER…and so he, PRINCESS LEIA and LANDO CALRISSIAN must return to CLOUD CITY to find it! But Leia has her own covert mission to accomplish there…and Lando’s mysterious reason for returning could very well ruin their only chance at success!
32 PGS./Rated T …$3.99
Star Wars © Lucasfilm Ltd. & TM. All rights reserved. Used under authorization. Text and illustrations for Star Wars are © 2019 Lucasfilm Ltd. 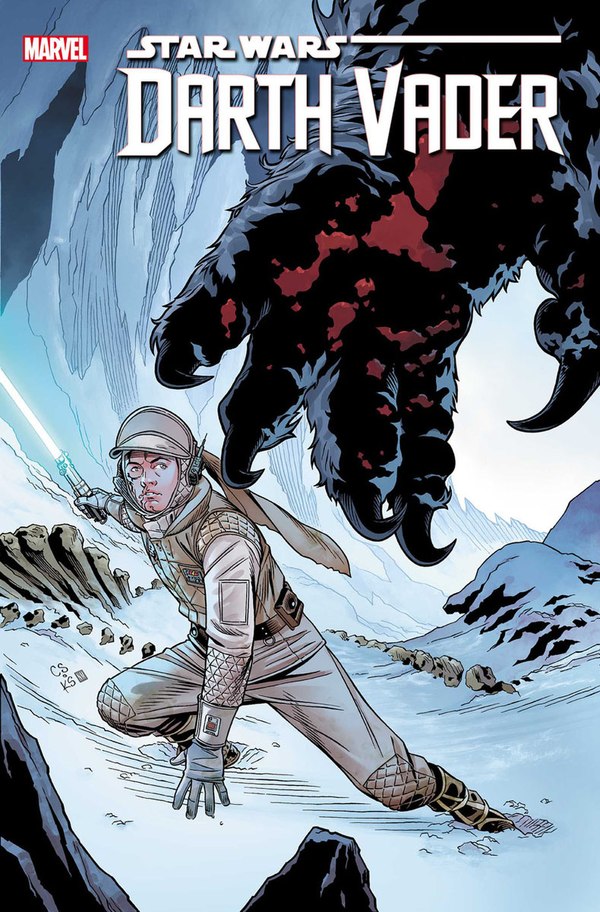 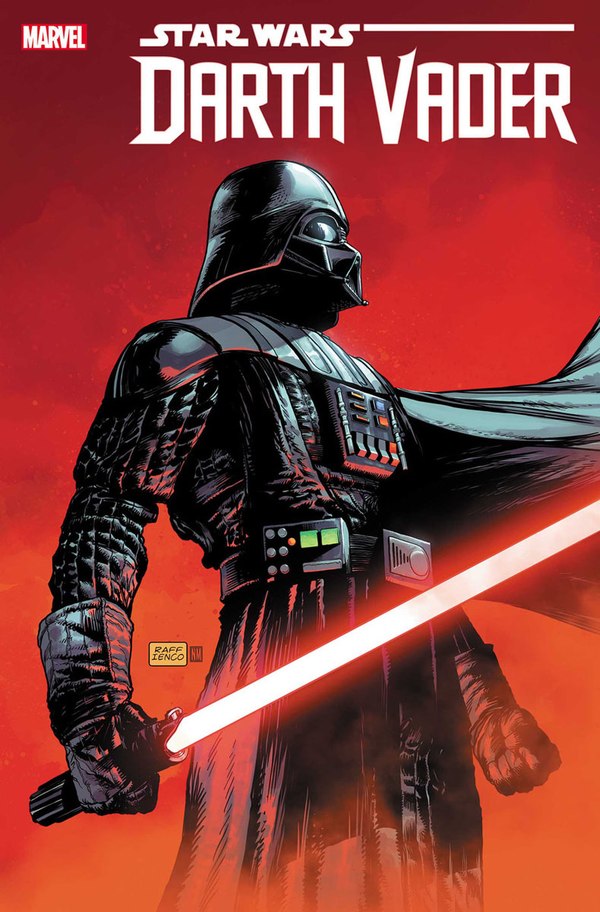 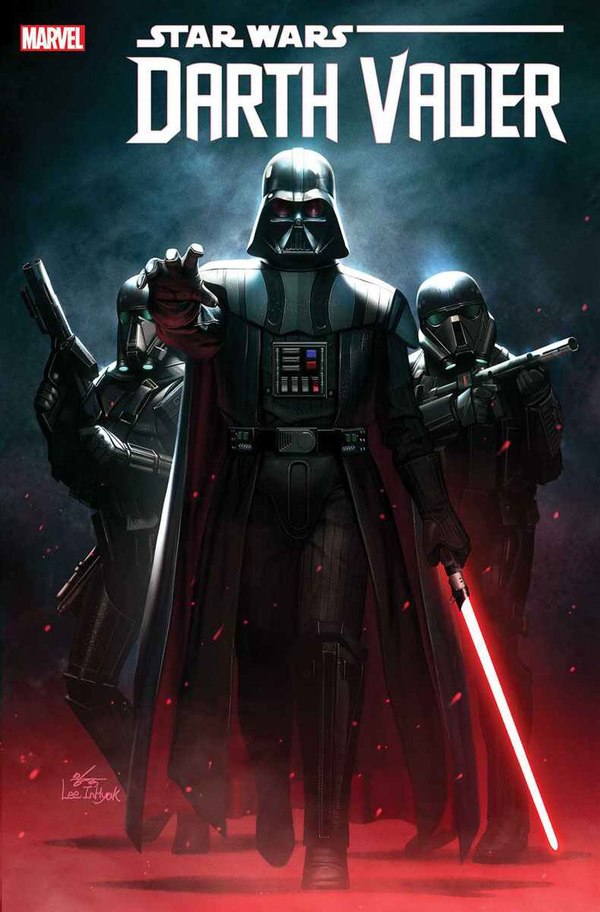 STAR WARS: DARTH VADER #1
GREG PAK (W) • RAFFAELE IENCO (A) • Cover By Inhyuk Lee
VARIANT COVER BY RAFFAELE IENCO
VARIANT COVER BY TONY DANIEL
VARIANT COVER BY MIKE DEL MUNDO
EMPIRE STRIKES BACK VARIANT COVER BY CHRIS SPROUSE
MOVIE VARIANT COVER ALSO AVAILABLE
“JOIN ME, AND TOGETHER, WE CAN RULE THE GALAXY AS FATHER AND SON!”
THE TRAGEDY OF DARTH VADER CONTINUES!
In the shattering climax of The Empire Strikes Back, Darth Vader infamously reveals his true relationship to Luke Skywalker and invites his son to rule the galaxy at his side. But Luke refuses -- plunging into the abyss beneath Cloud City rather than turn to the Dark Side. We all remember Luke’s utter horror in this life-altering moment. But what about Vader? In this new epic chapter in the Darth Vader saga, the dark lord grapples with Luke’s unthinkable refusal and embarks on a bloody mission of rage-filled revenge against everything and everyone who had a hand in hiding and corrupting his only son. But even as he uncovers the secrets of Luke’s origins, Vader must face shocking new challenges from his own dark past.
Writer Greg Pak and artist Raffaele Ienco unleash Darth Vader on his dark quest of vengeance and discovery this February! With covers by InHyuk Lee!
40 PGS./Rated T …$4.99
Star Wars © Lucasfilm Ltd. & TM. All rights reserved. Used under authorization. Text and illustrations for Star Wars are © 2019 Lucasfilm Ltd. 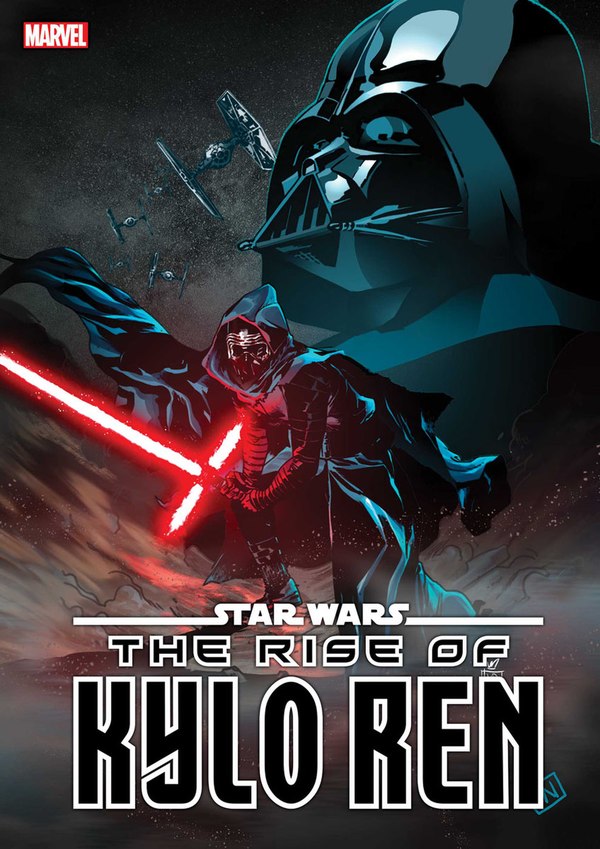 STAR WARS: THE RISE OF KYLO REN #3 (OF 4)
CHARLES SOULE (W) • WILL SLINEY (A) • COVER BY CLAYTON CRAIN
Variant Cover by STEFANO LANDINI
BEN SOLO, KNIGHT OF REN?
• Soon, BEN SOLO’S path will end in a place of fire and blood, and a shadow will rise to take his place. He is with the KNIGHTS OF REN now, and they will welcome him, if he can pay their price.
• But before that destiny is fulfilled, a battle must be fought at an ancient JEDI Outpost on the planet ELPHRODA - between Ben and those who know what he could have been... and fear what he might become.
• Fear leads to anger. Anger leads to hate. Hate leads to suffering. Everyone here is afraid - Ben Solo most of all!
32 PGS./Rated T …$3.99
Star Wars © Lucasfilm Ltd. & TM. All rights reserved. Used under authorization. Text and illustrations for Star Wars are © 2019 Lucasfilm Ltd.
Image 1 of 5