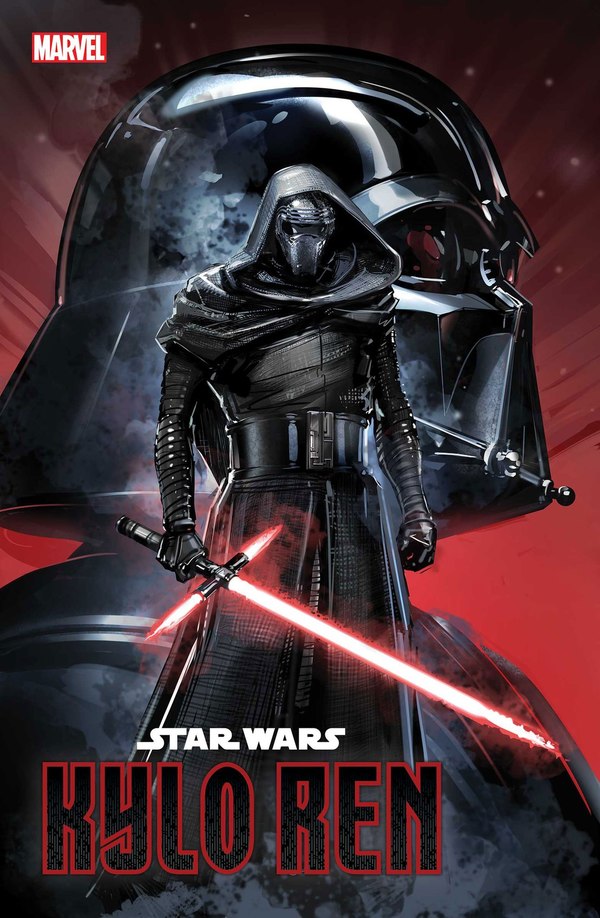 STAR WARS: THE RISE OF KYLO REN #1 (OF 4)
CHARLES SOULE (W) • WILL SLINEY (A)
COVER BY CLAYTON CRAIN
VARIANT COVER BY CARMEN CARNERO
ACTION FIGURE VARIANT COVER BY JOHN TYLER CHRISTOPHER
MOVIE VARIANT COVER ALSO AVAILABLE
WITH BEN SOLO’S FALL… COMES KYLO REN’S RISE!
Young Ben Solo is legendary Jedi Luke Skywalker’s most promising pupil. As the son of Rebel Alliance heroes Leia Organa and Han Solo, as well as Luke’s own nephew, Ben has the potential to be a great force for light in the galaxy. But the Skywalker legacy casts a long shadow, the currents of the dark side run deep, and Darth Vader’s blood runs in Ben’s veins. Voices call from both his past and his future, telling him who he must be. He will shatter, he will be reforged, his destiny will be revealed. Snoke awaits. The Knights of Ren await. Ben Solo’s path to his true self begins here.
40 PGS./Rated T …$4.99
Star Wars © Lucasfilm Ltd. & TM. All rights reserved. Used under authorization. Text and illustrations for Star Wars are © 2019 Lucasfilm Ltd. 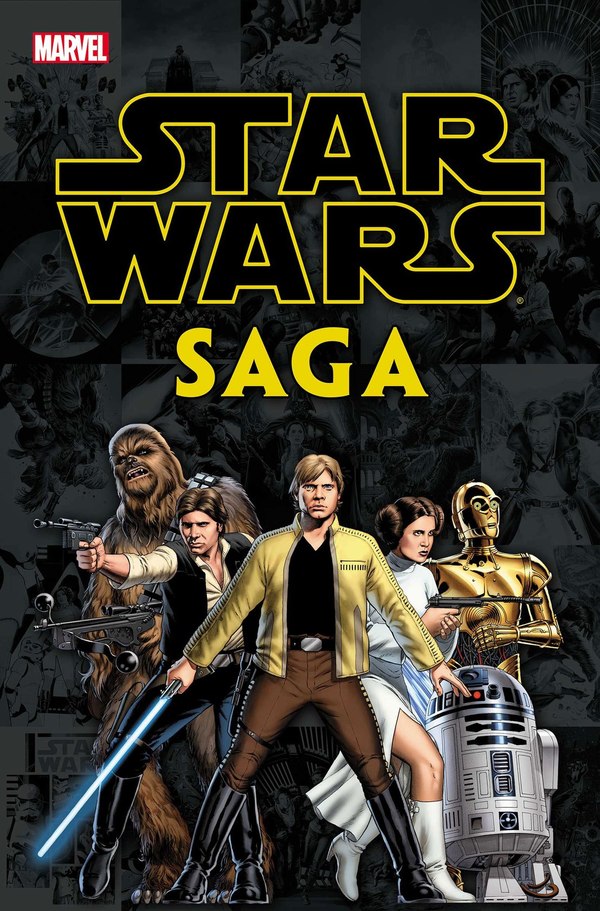 STAR WARS SAGA #1
Written by JESS HARROLD
Penciled by VARIOUS
Cover by JOHN CASSADAY & MORE
As the stage is set for the next great chapter in Marvel’s exploration of the galaxy far, far away, get caught up on the story so far! This special issue celebrates all the action, drama and fan-favorite characters — both classic and brand new — that define Jason Aaron, Kieron Gillen and Greg Pak’s STAR WARS runs! From Luke Skywalker’s earliest confrontations with Darth Vader, to the Rebel Alliance’s furious clashes with a resurgent Empire…from the introduction of Han Solo’s “wife” Sana Starros, to the debut of the ruthless elite Stormtrooper unit known as SCAR Squadron…from the devastation of the “Hope Dies” storyline to the Scourging of Shu-Torun…the STAR WARS SAGA is packed with major moments in the lives of rebels and rogues alike! Featuring stunning artwork from a host of incredible talents, plus exciting extras! Reserve your copy today!
32 PGS./Rated T …$3.99

Luke Skywalker, Princess Leia Organa and smuggler Han Solo have have struck blow after winning blow against the Empire. The Rebels are digging in their defenses on the remote ice world of Hoth but how long will they truly be safe from their many enemies?

Darth Vader will stop at nothing to crush the rebels but his efforts to locate their new base have been in vain. Will the dark side of the Force guide him to the missing rebels and to young Skywalker or mire the dark lord in the conflicts of his past?

Despite a life riddled with treachery and destruction, Doctor Aphra has found a family (of sorts). Former Imperial inspector Magna Tolvan and Aphra’s young ward Vulaada will have to face the struggles of a life of rebellion…while Aphra reckons with her legacy.

Former Imperial loyalist turned cyborg bounty hunter BEILERT VALANCE is taking on a dangerous new mission. And the lives of the entire Rebellion—including his old buddy HAN SOLO’s—are at stake should he fail! 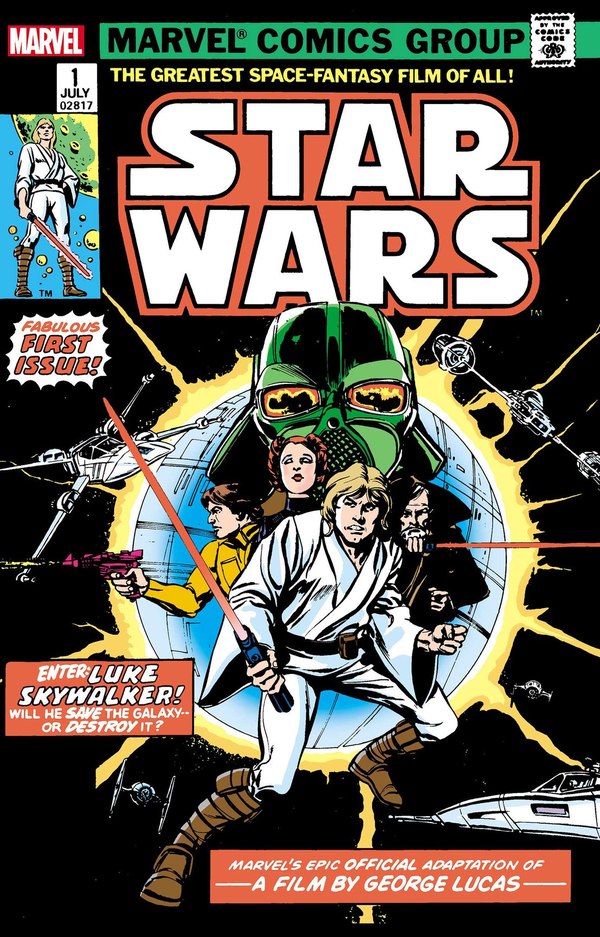 STAR WARS #1 FACSIMILE EDITION
Written by ROY THOMAS
Penciled by HOWARD CHAYKIN
Cover by HOWARD CHAYKIN
Months before the first Star Wars movie had even arrived in theaters, Marvel Comics’ STAR WARS #1 hit the stands, and introduced eager readers to a galaxy far, far away! Its cover asked: “Luke Skywalker: Will he save the galaxy or destroy it?” – and inside, readers eager to know the answer joined Luke on the first, fateful steps of his epic journey from the deserts of Tatooine to the very heart of the Rebellion! This opening chapter of Marvel’s adaptation of George Lucas’ cinematic masterpiece features the debuts of some of the most beloved characters in cinematic history – including Princess Leia, R2-D2, C-3PO, and of course, the ruthless enforcer of the Galactic Empire, Darth Vader! It’s one of the all-time great Marvel comic books, boldly re-presented in its original form, ads and all! Reprinting STAR WARS (1977) #1.
32 PGS./Rated T …$3.99 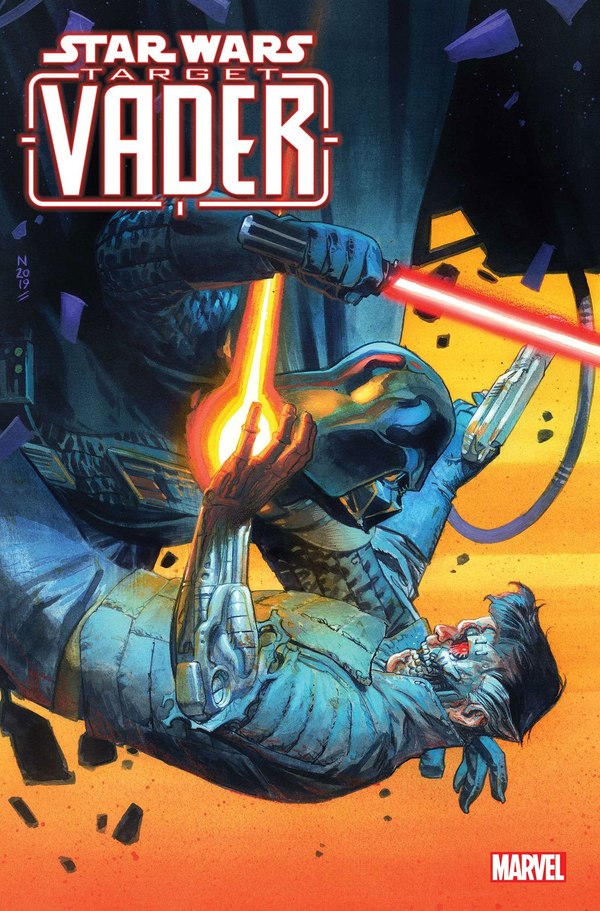 STAR WARS: TARGET VADER #6 (of 6)
ROBBIE THOMPSON (W)
STEFANO LANDINI (A)
Cover by NIC KLEIN
Showdown! Valance has escaped the clutches of the Empire, and finally has a lead on who’s REALLY behind the mysterious crime syndicate, the Hidden Hand. In the process, he’s uncovered a mystery about his own past. Darth Vader... AND members of the Rebellion, desperate for one last arms deal with The Hidden Hand. Will Valance be able to finish the job and kill Vader? Will Vader crush the Rebellion once and for all? Or will The Hidden Hand continue to walk between the raindrops and escape them all? Check out the thrilling finale to find out!
32 PGS./Rated T …$3.99
Star Wars © Lucasfilm Ltd. & TM. All rights reserved. Used under authorization. Text and illustrations for Star Wars are © 2019 Lucasfilm Ltd.

STAR WARS: JEDI FALLEN ORDER - DARK TEMPLE #5 (of 5)
MATTHEW ROSENBERG (W)
PAOLO VILLANELLI (A)
Cover by WILL SLINEY
Variant Cover by Paul Renaud
ONE AGAINST A WORLD
Jedi Master Eno Cordova will have to use all his wits and training if he hopes to survive the mysteries of the Dark Temple! Meanwhile Jedi Padawan Cere Junda strikes a blow in the hopes of ending the battle with the Daa Corporation’s army. But was it too late? If Cordova and Junda hope to survive they’re going to need to get off Ontotho. And they can’t do that alone! It all ends here! Read the shocking conclusion to the epic comic series featuring characters from the videogame STAR WARS JEDI: FALLEN ORDER.
32 PGS./Rated T …$3.99
Star Wars © Lucasfilm Ltd. & TM. All rights reserved. Used under authorization. Text and illustrations for Star Wars are © 2019 Lucasfilm Ltd. 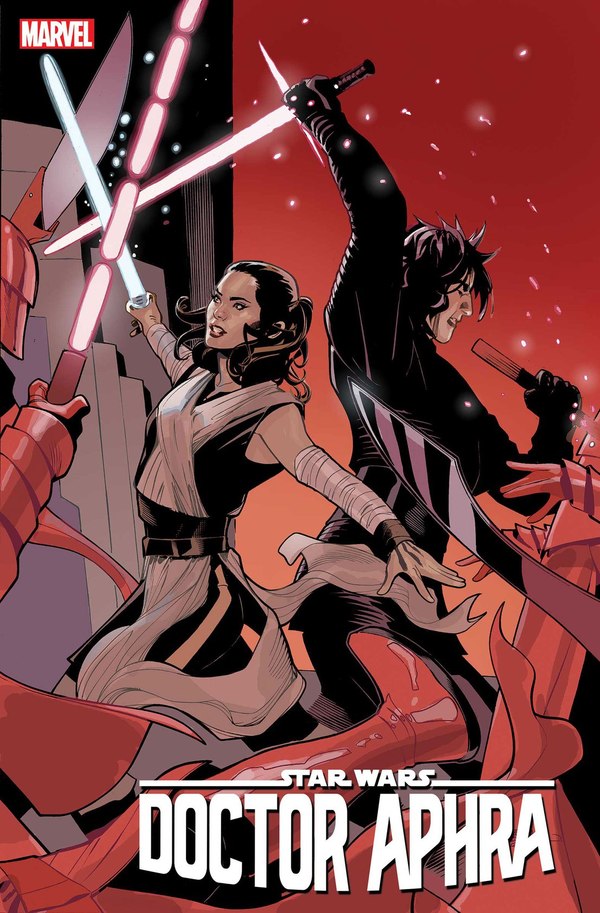 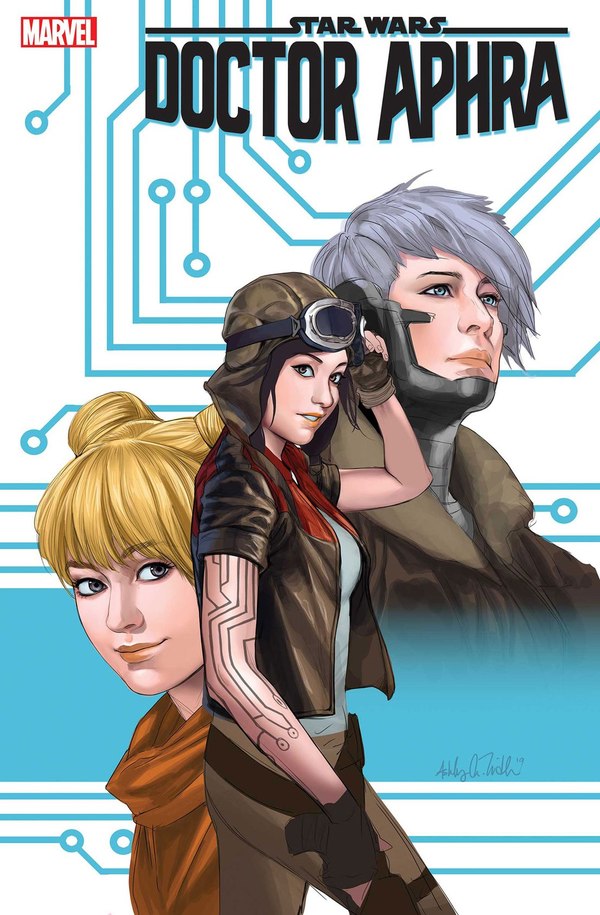 STAR WARS: DOCTOR APHRA #40
SI SPURRIER (W) • CASPAR WIJNGAARD (A)
COVER BY ASHLEY WITTER
STAR WARS GREATEST MOMENTS VARIANT COVER BY TERRY DODSON
A ROGUE’S END, Part 4
All good things must come to an end. Unfortunately, so must all evil things. And probably also all things somewhere-in-the-middle-it’s-complicated. Renegade archaeologist DOCTOR APHRA has been outrunning fate far longer than anyone dared hope. But her time is finally up. DARTH VADER stalks her through the shadows of an ancient temple, and this time? Only one of them will be leaving in one piece.
32 PGS./Rated T …$3.99
Star Wars © Lucasfilm Ltd. & TM. All rights reserved. Used under authorization. Text and illustrations for Star Wars are © 2019 Lucasfilm Ltd.
Image 1 of 7