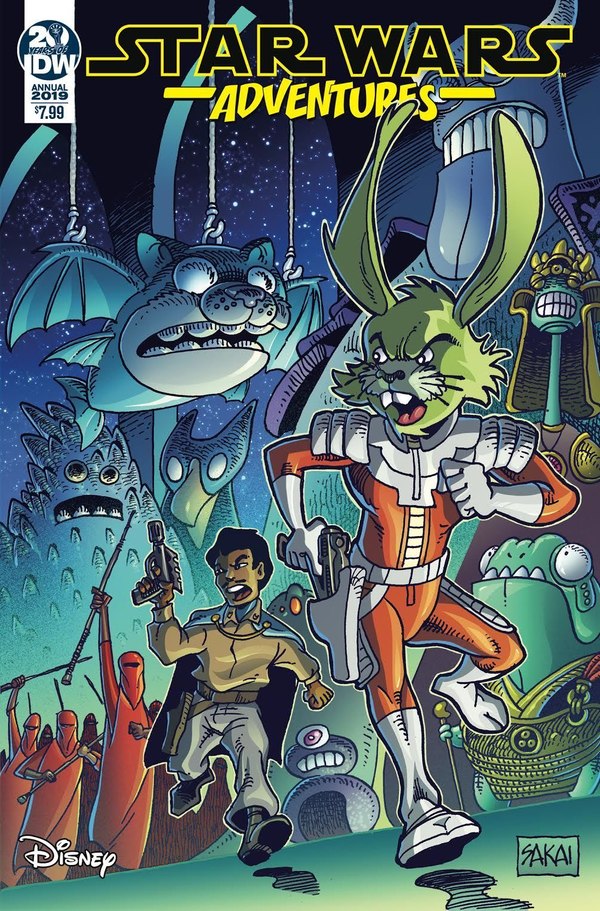 Writer Cavan Scott and artist Mauricet (Dastardly and Muttley, with cover art by Usagi Yojimbo's Stan Sakai, bring back Jaxxon the space rabbit, a character from the original Marvel Comics run, for a mission with Lando Calrissian in IDW's young adult comic series, Star Wars Adventures Annual 2019. The story takes part just after the Flight of the Falcon series from Star Wars Adventures #16, with Lando and Nien Nunb trying to refuel the Millennium Falcon after the Battle of Endor.
Here's a look at the interior art, as well as a summary of the issue: 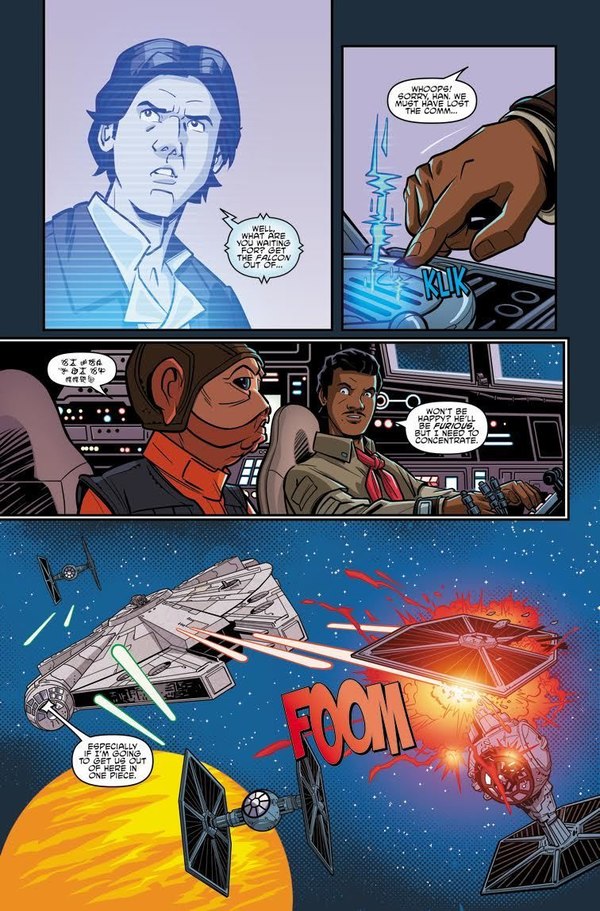 "The bold feature-length storyline features a daring rescue mission led by Lando Calrissian and his new friend, our favorite green space rabbit, Jaxxon. The dynamic pair infiltrate the guarded seat of Imperial power, where they must recover a valuable artifact that will push an entire planet to forever banish the Galactic Empire from their home."

You can read more in this interview with writer Cavan Scott.

The issue hits shelves in September.
Image 1 of 2

I kinda wish Stan Sakai was drawing the whole issue and not just the cover, but I am definitely down for this.

What's Shipping For The Week Of October 27, 2021 From Marvel

What's Shipping For The Week Of October 20, 2021 From Marvel 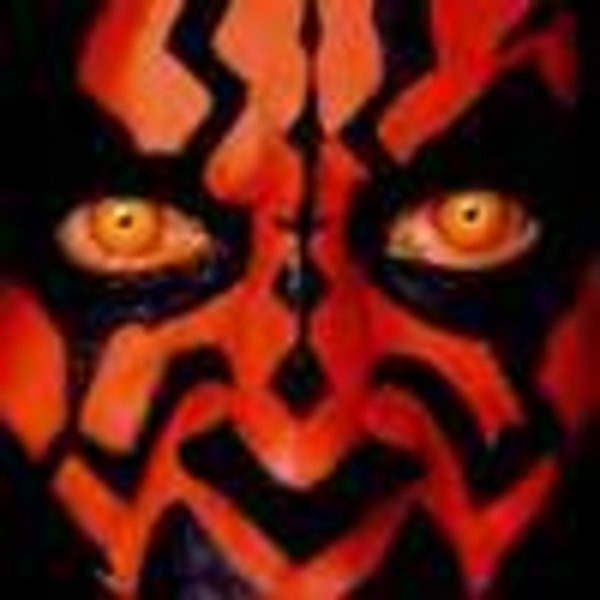