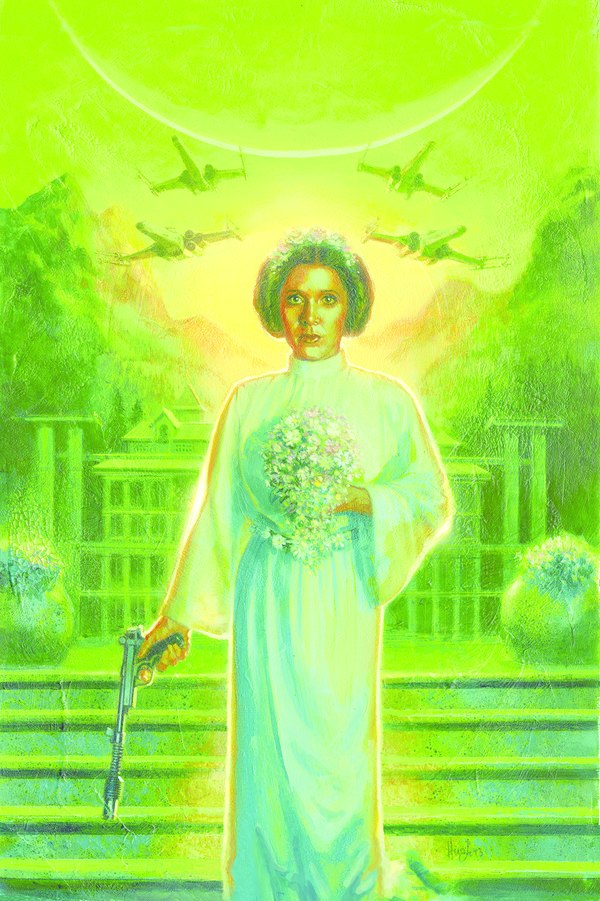 Welcome to Arrochar! Enjoy our clean mountain air. Gaze at our majestic vistas. Build a secure base for your Rebel fleet. All we ask is that Princess Leia marry our Prince!

• Writer Brian Wood begins the most unexpected arc ever! 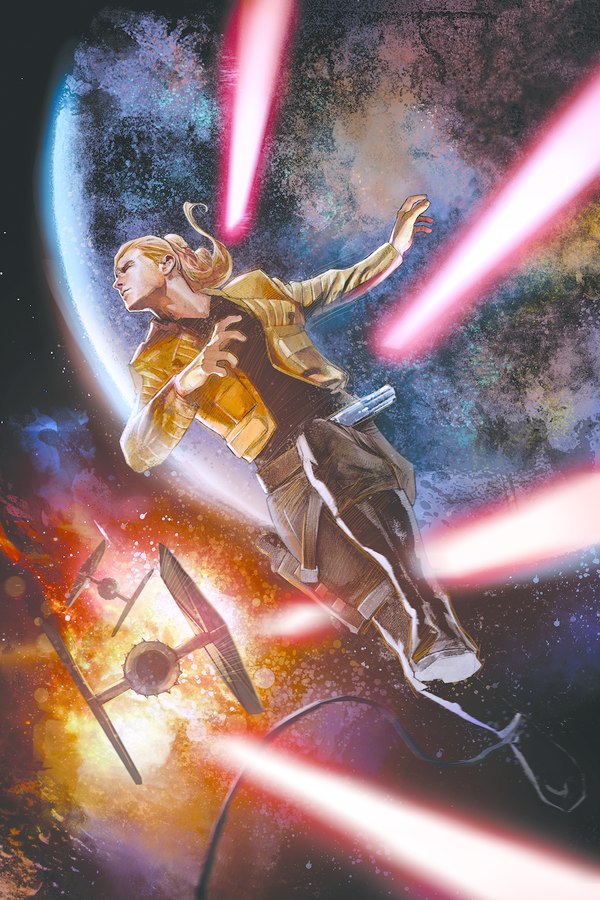 A dogfight with Imperial fighter craft, a dangerous detour through an asteroid field, and a forced evacuation in life-pods land Luke Skywalker and company on Yavin—the planet of the Wookiees!

But Princess Leia gets separated from the group, and when slavers capture her, Annikin Starkiller goes all Jedi on them!

• First look at the Wookiees! 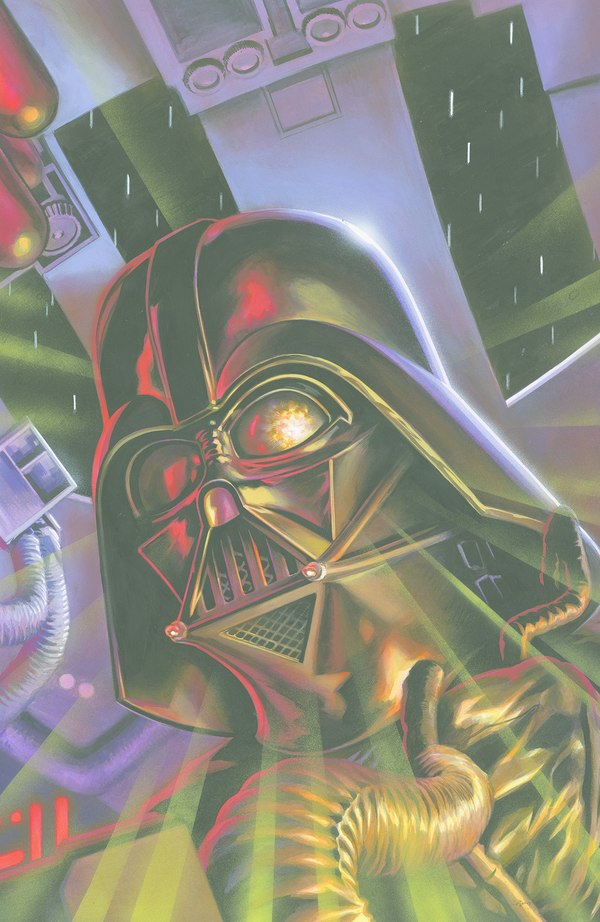 Fighting at the side of Darth Vader in an air attack against a group of inspired, cause-driven Separatists, stormtrooper Hock has an opportunity to show his value. When he is captured, learning of the enemy’s cause—and who they’re working with—only reinforces Hock’s belief in the Galactic Empire. 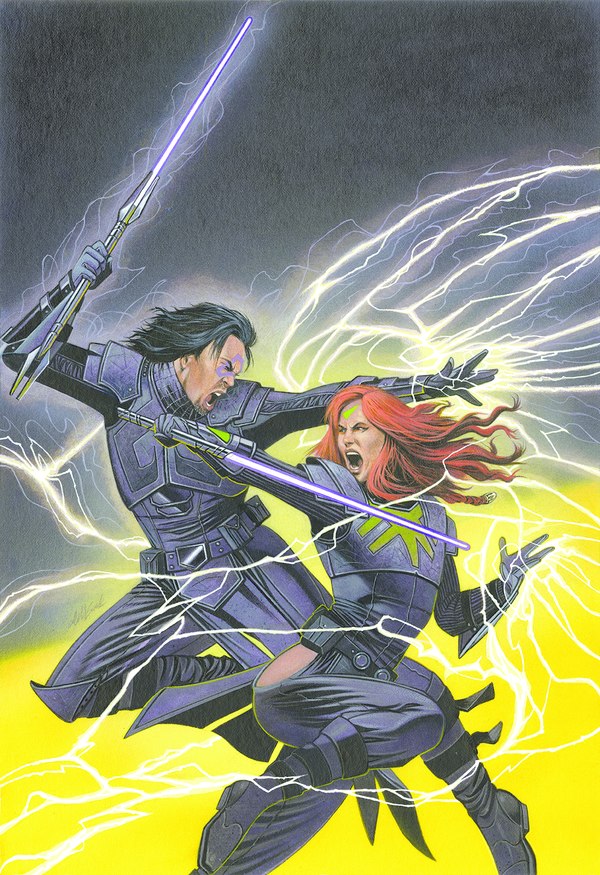 The alien Rakata are on the brink of opening the Infinity Gate, ready to unleash their Empire on an unsuspecting galaxy! The Je’daii must win this battle—even if it means the end of their order. But how can they attain victory when their greatest hero has joined the enemy? 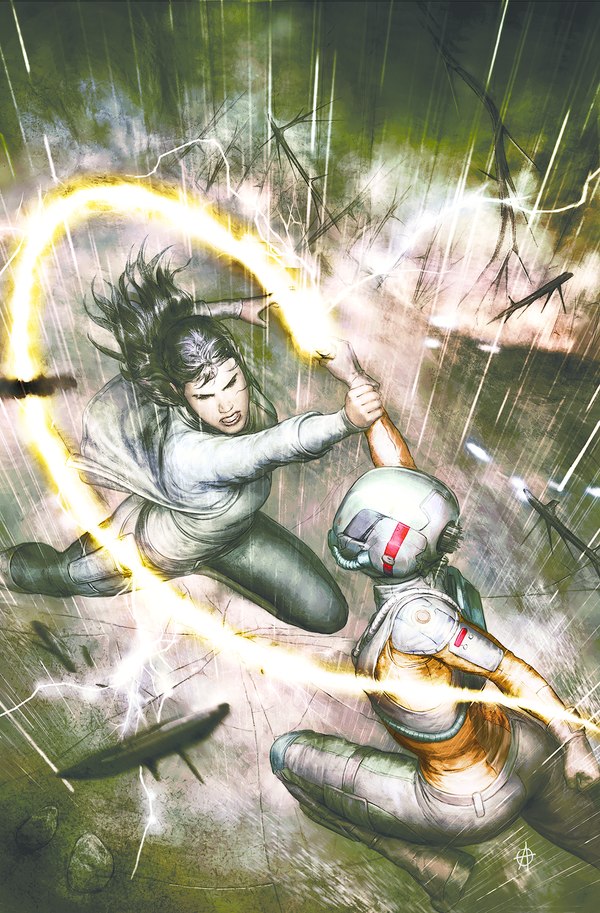 After a crash landing on a wild planet with her captor—and former flame—Ramid, Ania Solo is having trouble shaking the other bounty hunter on her tail. She’s going to need some help from someone, but when you’re accused of murdering an Imperial Knight, friends are hard to come by! 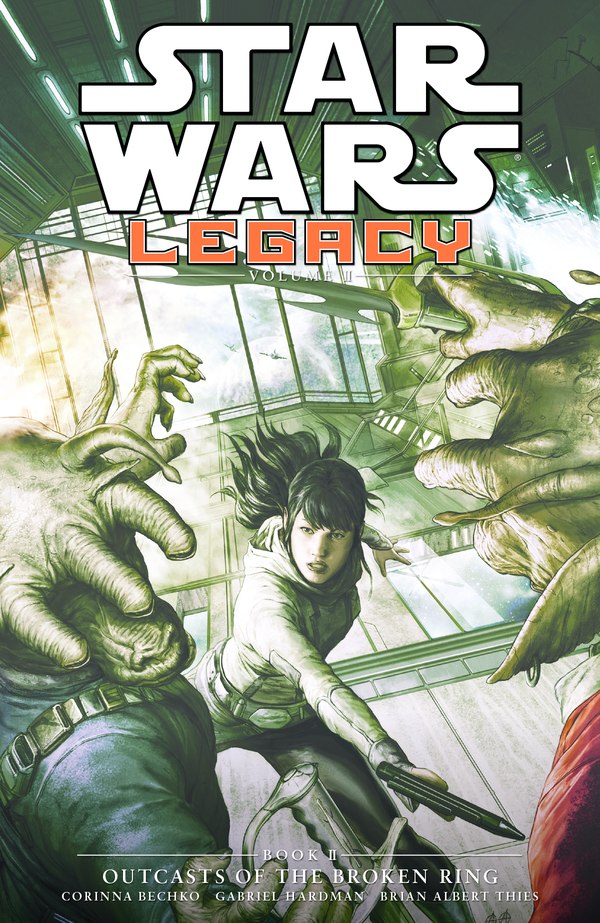 Ania Solo and Imperial Knight Jao Assam break with the Galactic Triumvirate to track down the Sith Lord Darth Wredd. The trail leads Ania and Jao to a dead Mon Calamari planet—and another Sith Lord and his army of pirates! Collects Star Wars: Legacy #6–#10. 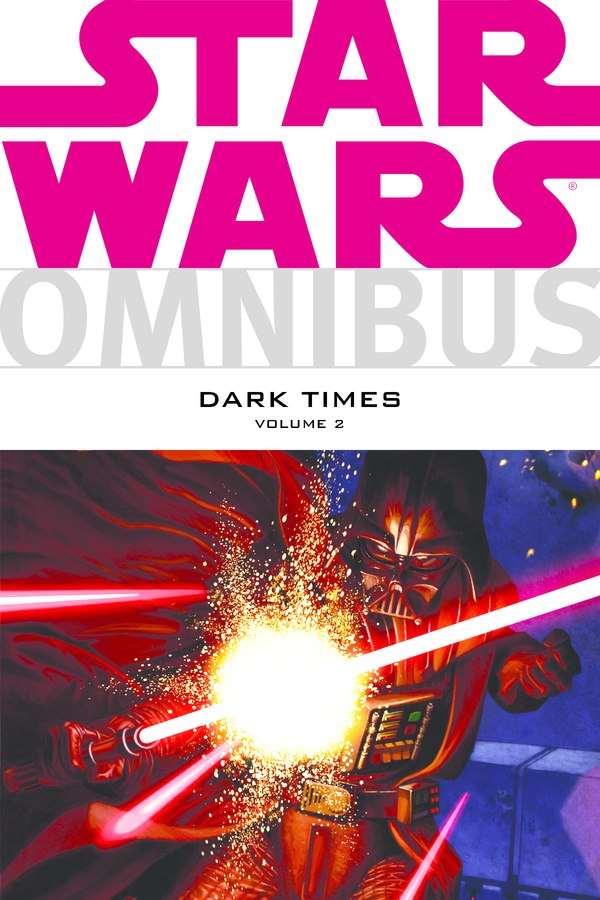 Jedi Dass Jennir takes a job that attracts the attention of Lord Vader himself! Meanwhile, Jedi Master K’Kruhk tries to shield a group of Padawans from the Empire’s hunt for Jedi. Culminating in a confrontation between the Jedi and Darth Vader, the galaxy’s dark times continue . . . Collects Dark Times Volume 4—Blue Harvest, Dark Times Volume 5—Out of the Wilderness, Dark Times Volume 6—Fire Carrier, and Dark Times Volume 7—A Spark Remains.
Image 1 of 7