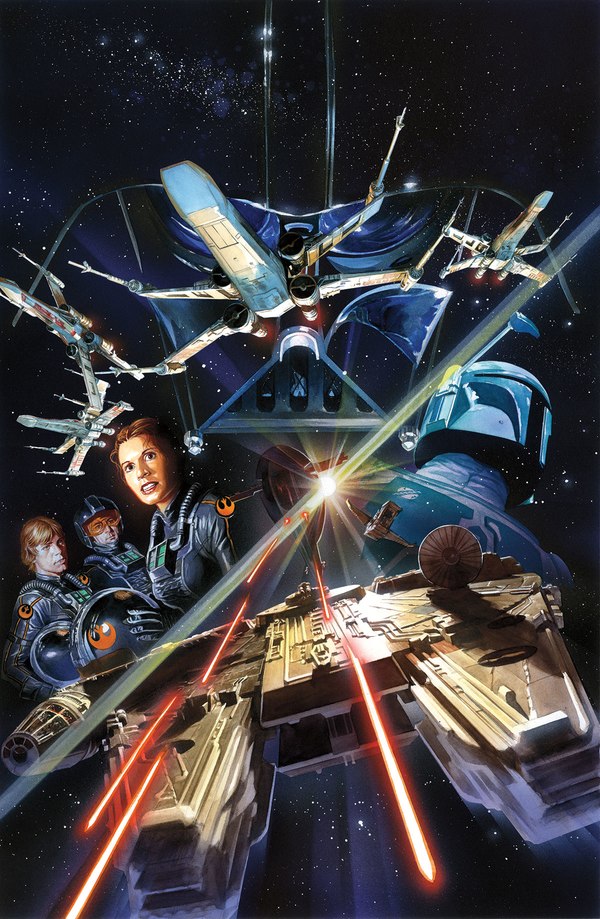 A cagey young Imperial officer seems to anticipate the Rebels’ every move, so Princess Leia forms a “stealth squadron”—including Luke Skywalker—to expose a suspected spy within their ranks. 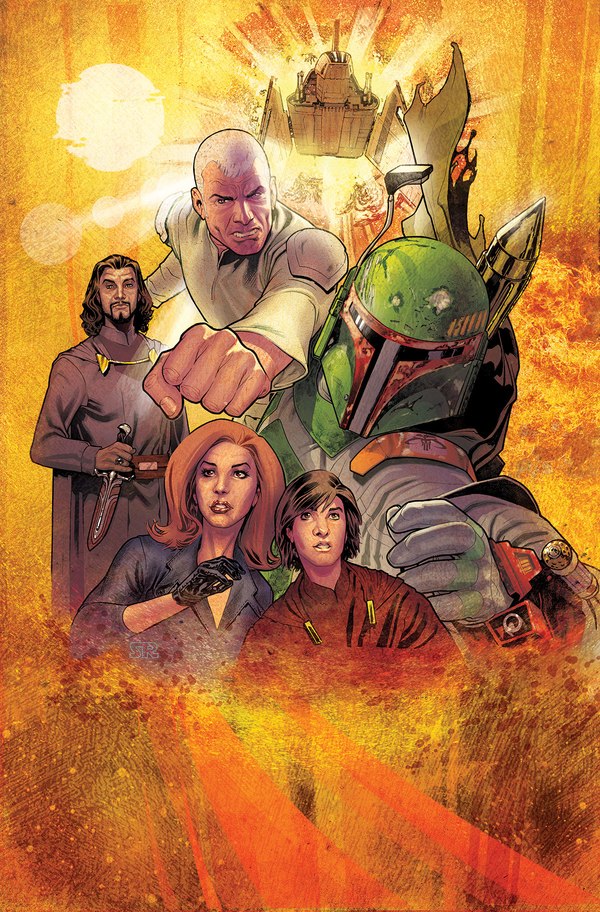 Everyone—including Boba Fett—is after the young Count Dooku. As Cross and the Count’s loyal security guard attempt to whisk the boy to safety, they are surrounded by enemies! In the past, Cross had the power and authority of the Empire behind him. Now he has nothing but his fists!

"This is the near perfect ending to an outstanding Star Wars mini-series...The artwork is excellent and the writing is off the charts. Cross is a complex character that deals with an ever increasing amount of adversity. Even the villain is given some great dialogue . . .—Technorati 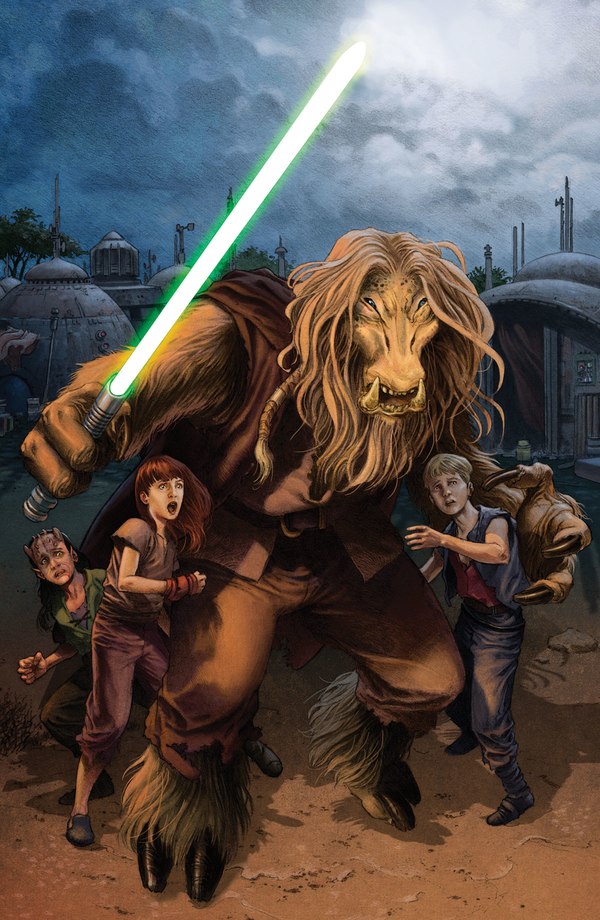 Jedi Master K’Kruhk is on the run with a group of young Padawans. In a galaxy suddenly hunting Jedi, they are forced to land on an Imperial-run planet, hiding in the refugee camp, among other beings who were displaced by the Clone Wars. But K’Kruhk senses there is something wrong!

• Is K’Kruhk the last hope for the Jedi Order?

• On the run from Vader!

"The final line: I’ve read a lot of Star Wars comics. It’s no small claim when I say this is the greatest Star Wars series I have ever read. It would be a crime if Dark Horse does not collect this into a hardcover. Why is there no Eisner Award for Franchise in Another Medium? This would win. Highest possible recommendation. Overall grade: A+" —SciFi Pulse 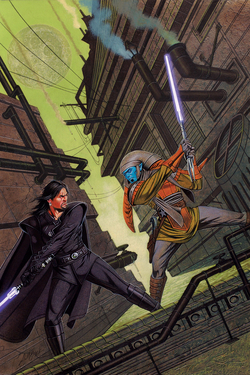 Even as the Je’daii close in on the mysterious Xesh and his mad ally Daegen Lok, a third party has entered the chase—a powerful woman from Xesh’s past.

Meanwhile, Lok has sought the help of old enemies to help him attain a common goal—the downfall of the Je’daii!

• Origins of the Jedi! 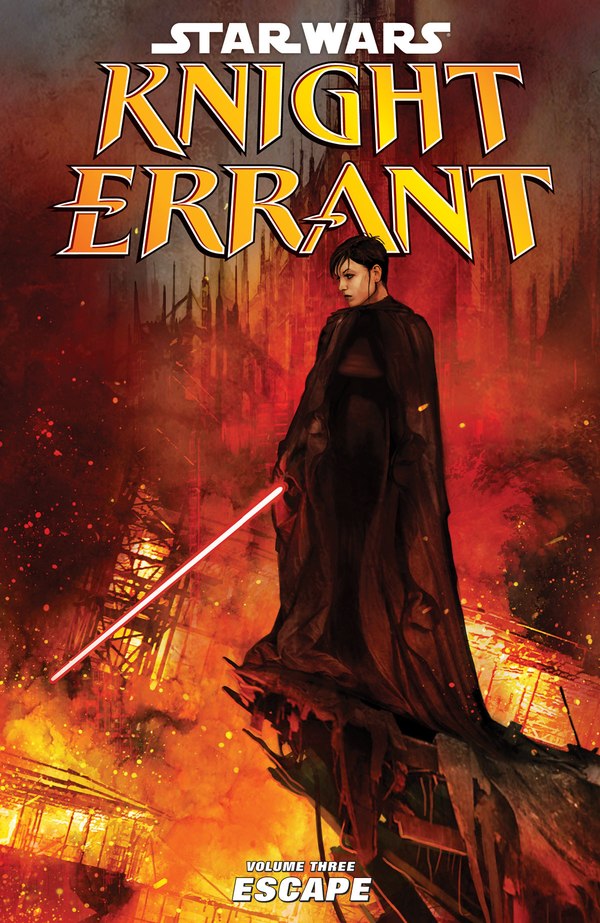 Joining a team hunting for a relic of extraordinary evil, Kerra hopes their search will reveal the truth about her missing parents—before it leads the Sith to a tool of ultimate destruction! But Kerra’s desire to find her lost family is clouding her judgment. If the relic falls into Sith hands, the galaxy is doomed! Collects the five-issue miniseries.

• The sequel to the novel from Del Rey, a New York Times bestseller!

"Hopefully we haven’t seen the last of Kerra Holt, as there is a ton of potential for her character, and Escape has shown there is plenty more to be seen." —Roqoo Depot
Image 1 of 5 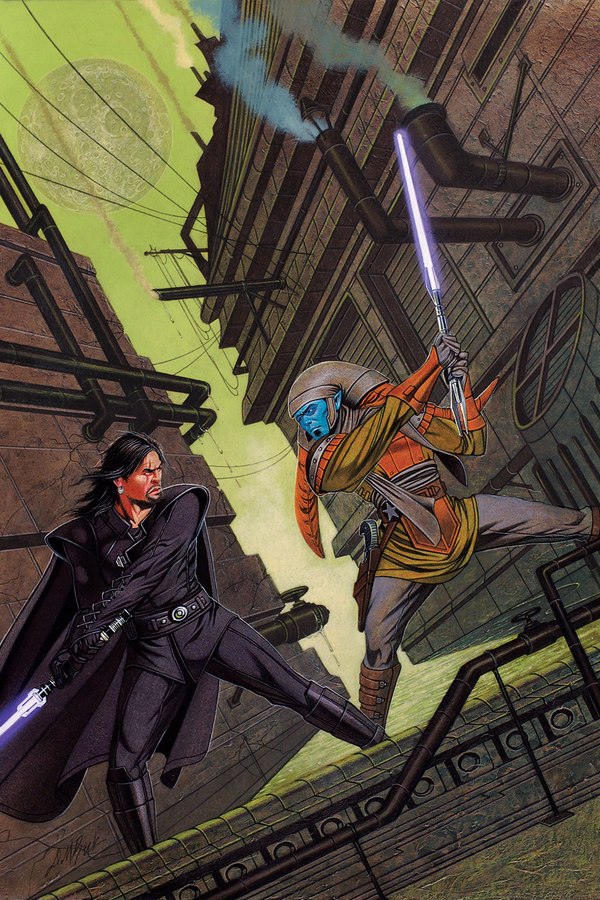