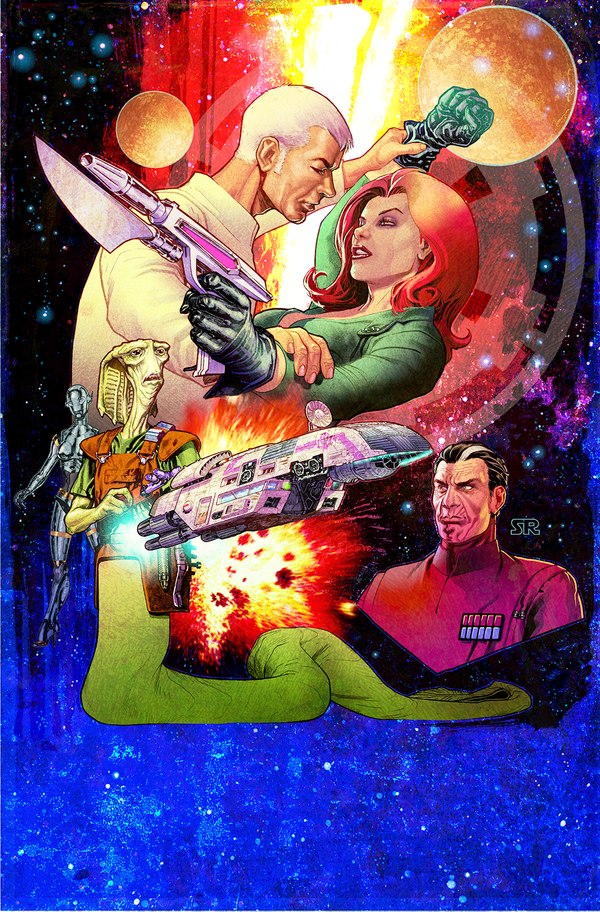 A young boy—the heir to the title of Count Dooku—is kidnapped, and it’s Jahan Cross to the rescue!

When the kidnapper turns out to be a sexy female spy with whom Cross has worked before, and when her motives turn out to have the boy’s welfare at heart, Cross is faced with a decision: should he disobey his own orders from the Empire?

But first there’s a little matter of breaking out of a supposedly inescapable prison . . . 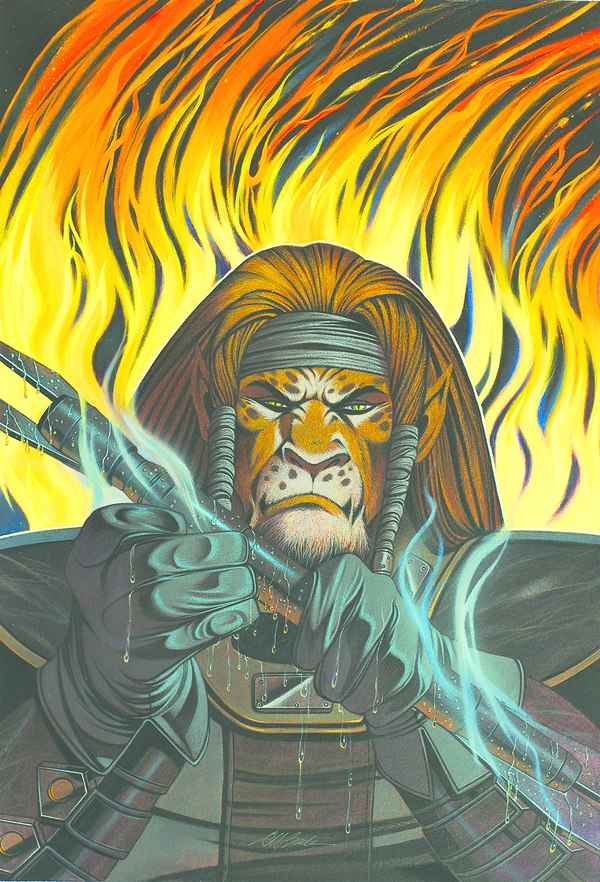 As the Je’daii study the amazing Forcesaber of the banished Xesh, word spreads that he and his fellow prisoner on Bogan, Daegen Lok, have escaped the dark moon! The three young Je’daii who first encountered Xesh are teamed with Je’daii Masters to locate the prisoners and return them to Bogan . . . and prevent them from bringing about the mad vision that Lok has obsessively held to during his years of banishment . . .

• Chronicles the origins of the Jedi! 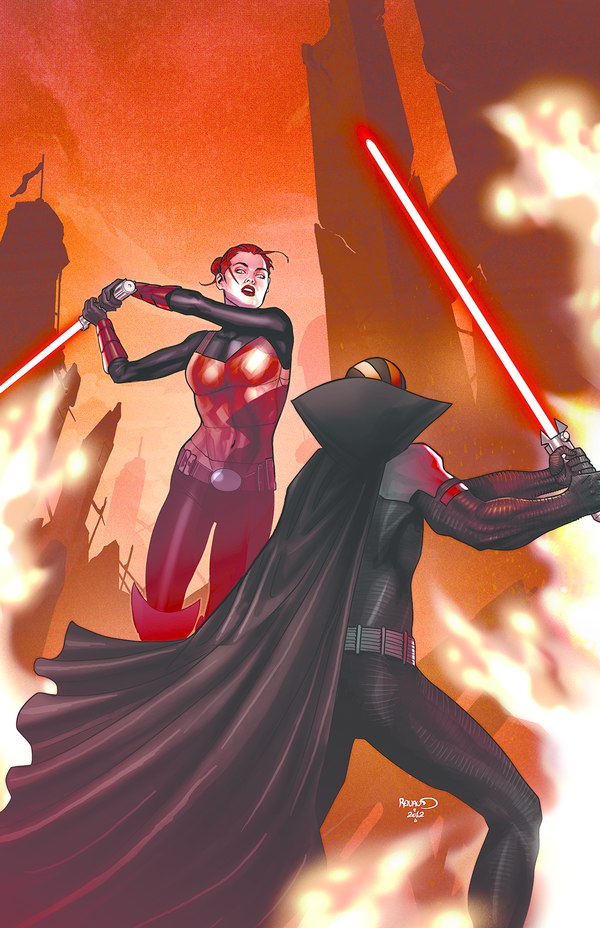 Lord Dreypa’s Leviathans continue their destruction of the lost tribe of Sith, searching in vain for an ancient, well-hidden Jedi starship. Beating Dreypa to the ship, a Sith rebel finds himself on the cusp of attaining his dreams—destruction of the tribe and discovery of a way to reach the galaxy. But there could be something that would cause him to have a change of heart, and Lord Dreypa could have found it!

• Sequel to the best-selling e-books. 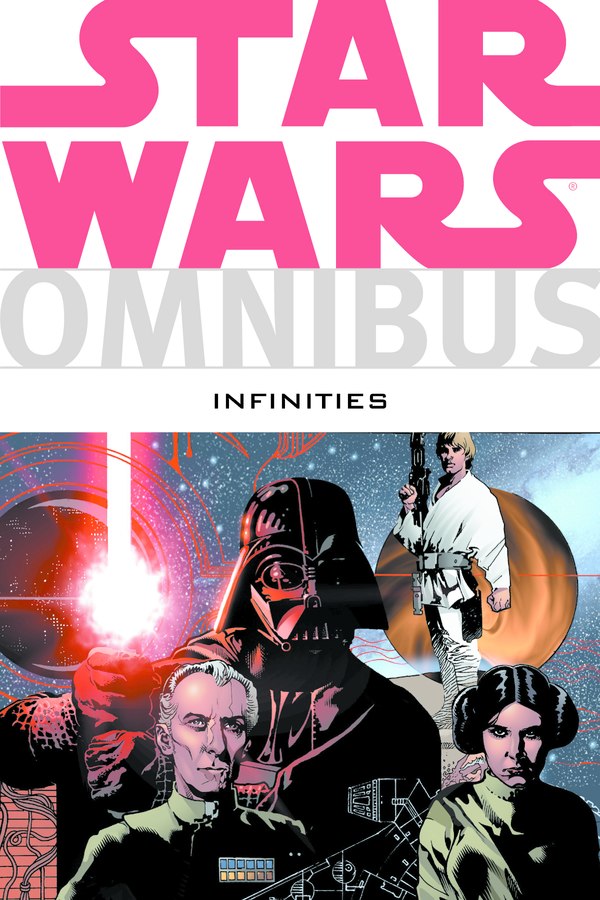 Collected here are three different tales where one thing happens differently than it did in the original trilogy of Star Wars films. The familiar players—Luke Skywalker, Princess Leia, Han Solo, and Darth Vader—are launched onto new trajectories that send them toward dire consequences and unexpected futures! Collects Star Wars: Infinities—A New Hope; The Empire Strikes Back; and Return of the Jedi. 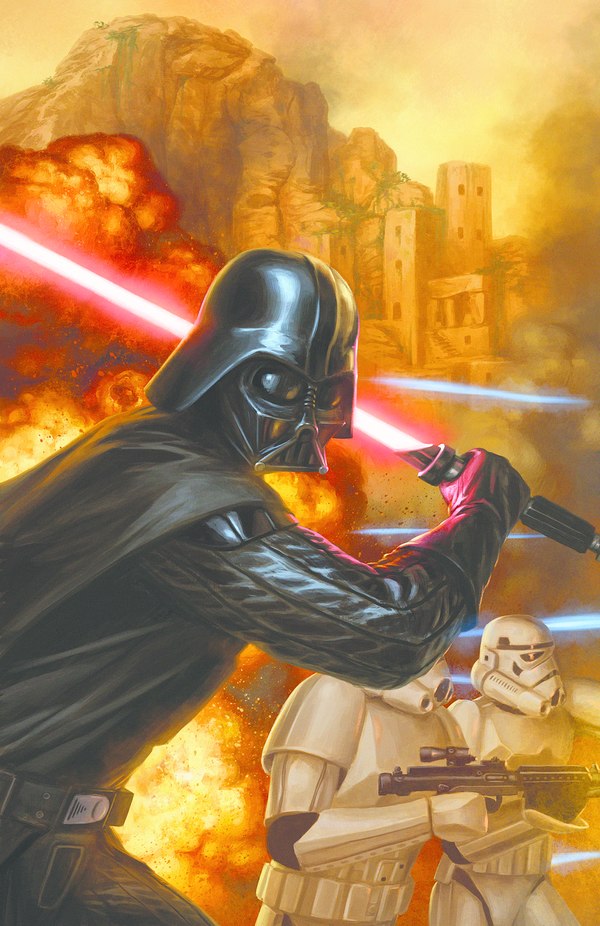 Shortly after the birth of the Empire, Darth Vader master of combat, terror of his enemies, continues his purge of the Jedi Knights on a planet where his Jedi prey are revered. Amidst a planetwide insurgency, the Dark Lord must snuff out one surviving Jedi, as well as kill the fire of rebellion in the native populace. All will bow to the power of Vader and the Galactic Empire!

• Follows the events of Revenge of the Sith.
Image 1 of 5