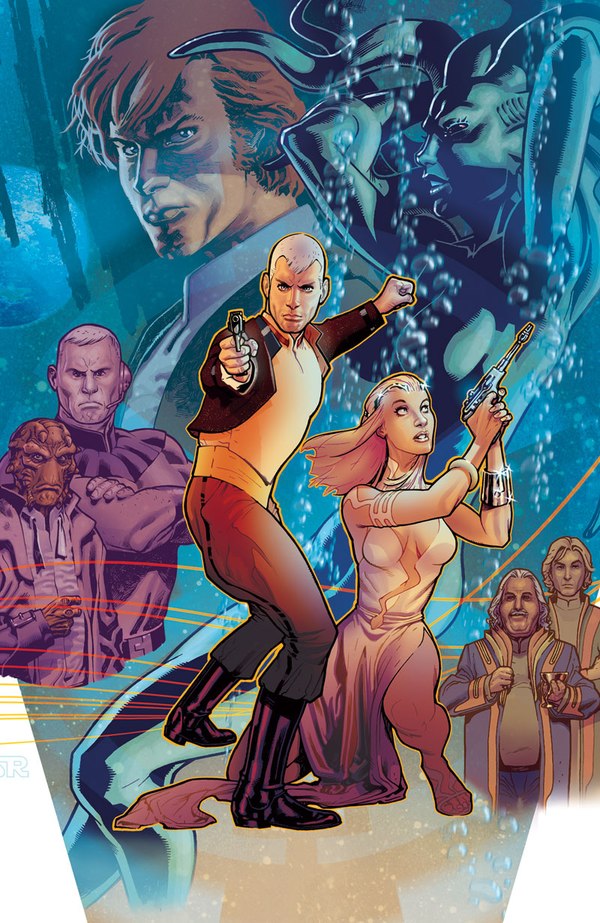 Undercover as a diplomatic attaché, Imperial agent Jahan Cross continues his investigation into the stolen droid technology and the mysterious project known as “Iron Eclipse.” At an elegant embassy soirée in the Corporate Sector, Cross locks his sights on the Stark family.

Before the evening is over, more than one player will be out of the game—and Cross will be wanted for murder! 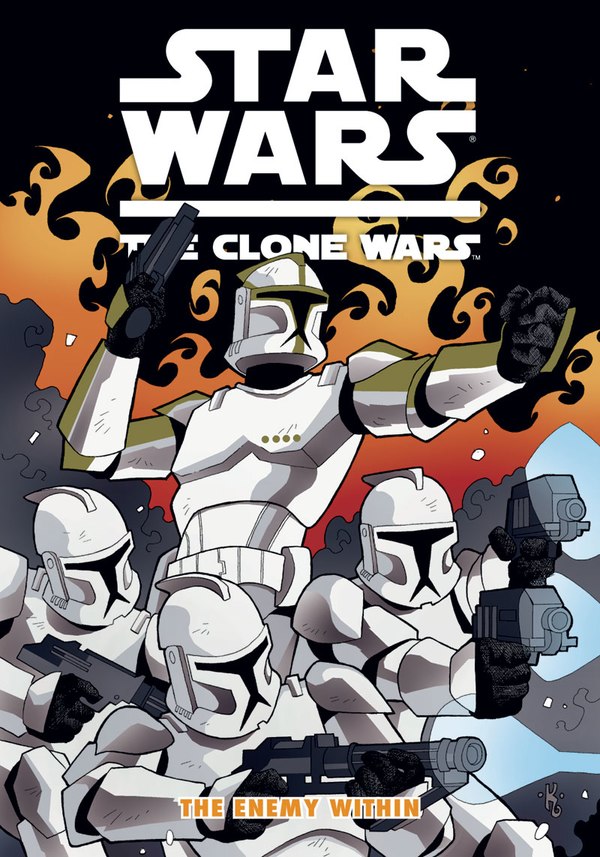 Spearheading a bold, covert mission intended to bring an end to the fighting on a war-torn world, a platoon of Clone Troopers find their plans undone by faulty intelligence and bad luck, and themselves stranded deep inside hostile territory. With no choice but to see their flawed mission through to its end, the ragged soldiers make their final push toward their target, unaware that their victory could spell disaster for the Republic! 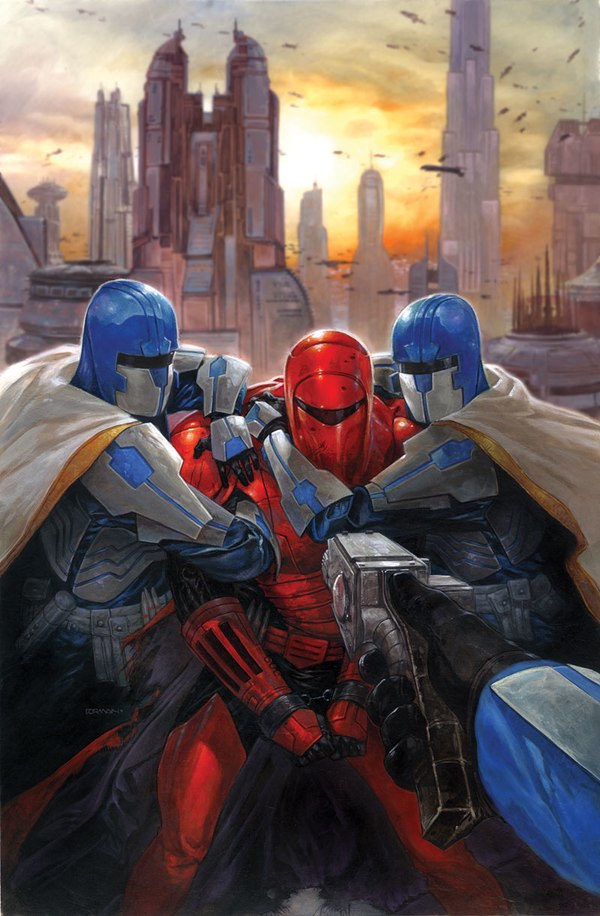 Escaping from the Imperial hardliners who are intent on killing Leia Organa Solo and bringing the New Republic to its knees, Kir Kanos tries to warn his one-time enemies, only to be thrown into a New Republic prison.

Mirith Sinn is the only one willing to trust Kanos, but neither of them is aware of the extent of the Imperials’ plans. It’s not until Luke Skywalker plays a hunch that the true danger is revealed!

• Luke Skywalker to the rescue! 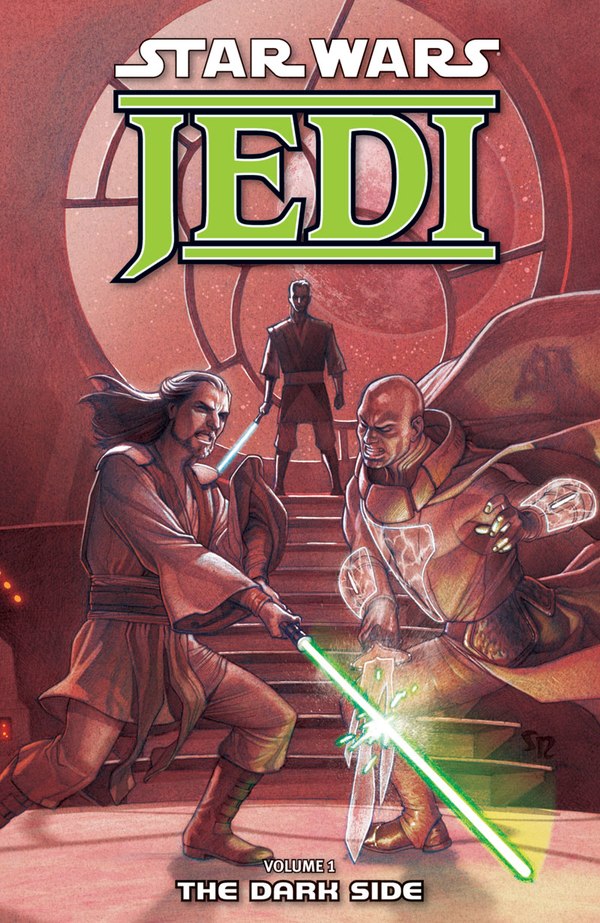 Following a shocking political assassination, young Jedi Master Qui-Gon Jinn is dispatched to prevent the outbreak of a civil war on the homeworld of his Padawan Xanatos—whose father is king. For the headstrong Xanatos, this return to his home has dredged up hidden resentments and passionate emotions. It is a mission that will lead Qui-Gon into close contact with the dark side and start him on a quest that will have a major impact on the future of the Jedi Order!

• Danger and the dark side!

• With the release of Episode I in 3-D, rediscover the great Jedi Qui-Gon Jinn! 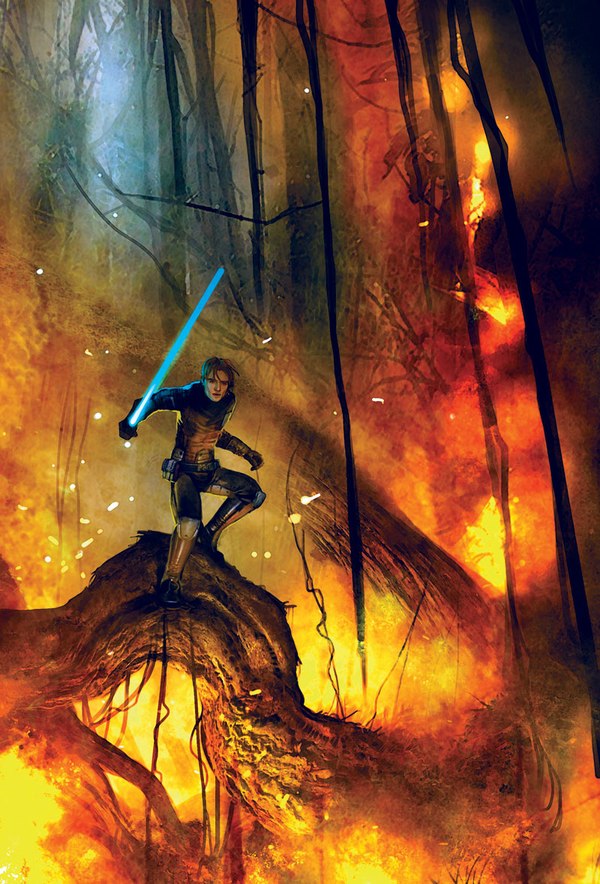 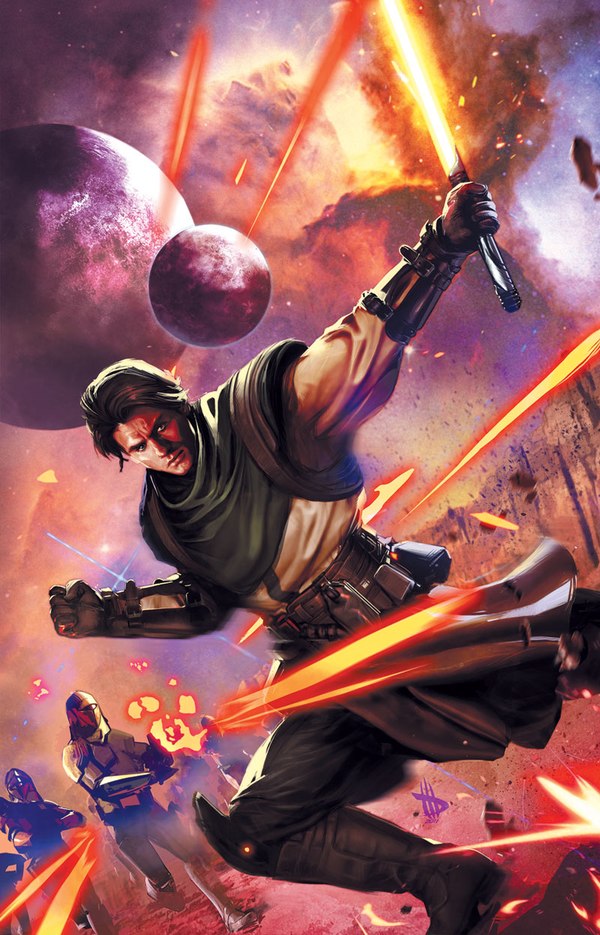 If you’ve ever heard of the Knights of the Old Republic video games and comics but didn’t know where to start—this is it!

The Republic and the Mandalorians are at war! Jedi are joining the fight, despite the noninterference stance of the Council. One Jedi, however, has found himself on the front lines against his wishes—the peace-loving Zayne Carrick has been drafted!

• The return of one of the most popular eras in Star Wars video games and comics!

• The perfect entry point into the Star Wars galaxy!