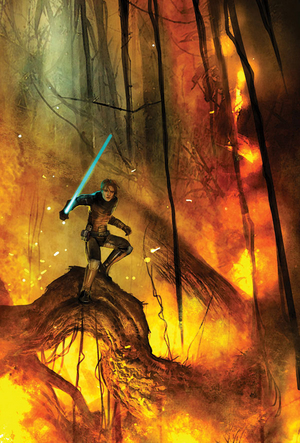 Straight from New York Comic Con, Dark Horse Comics is proud to announce the next addition to Star Wars: Knights of the Old Republic . . .
War!

The Republic and the Mandalorians are at war! Following the charismatic Revan, Jedi are joining the fight, despite the noninterference stance of the Council. One Jedi, however, has found himself on the front lines against his wishes—the peace-loving Zayne Carrick has been drafted!

Written by Star Wars master John Jackson Miller, with cover art by Benjamin Carré and a variant cover by Dave Wilkins, Knights of the Old Republic—War doesn’t just mark the return of one of the most popular eras in Star Wars video games and comics—it is an entry point for any reader interested in Star Wars! 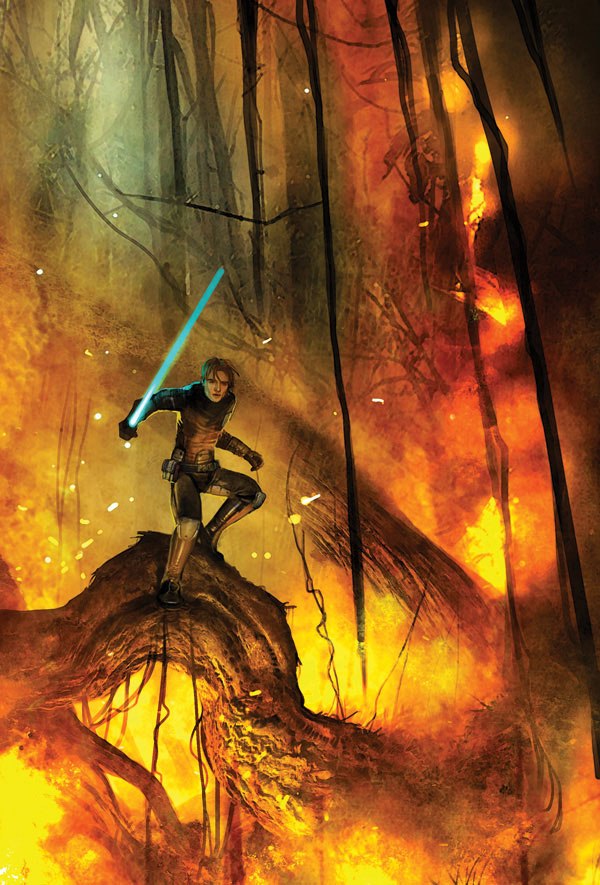