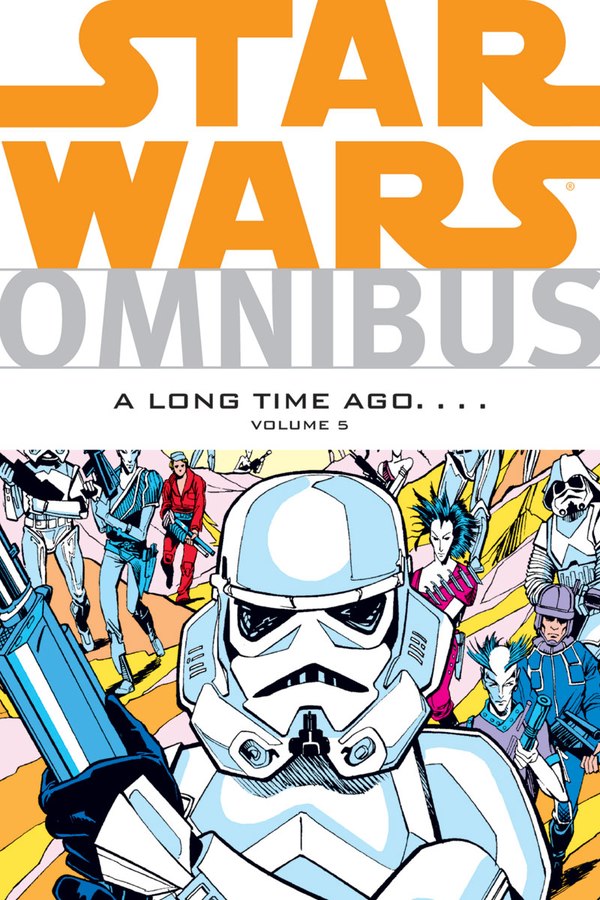 The classic-era Star Wars adventures conclude in this fifth and final volume of Star Wars Omnibus: A Long Time Ago. . . .

All your favorite characters are here—Luke Skywalker, Princess Leia, Han Solo, Chewie, the droids, and more!—bringing peace to a recently liberated galaxy, and finding new troubles confronting them!

• Stories from the classic era of the original Star Wars films! 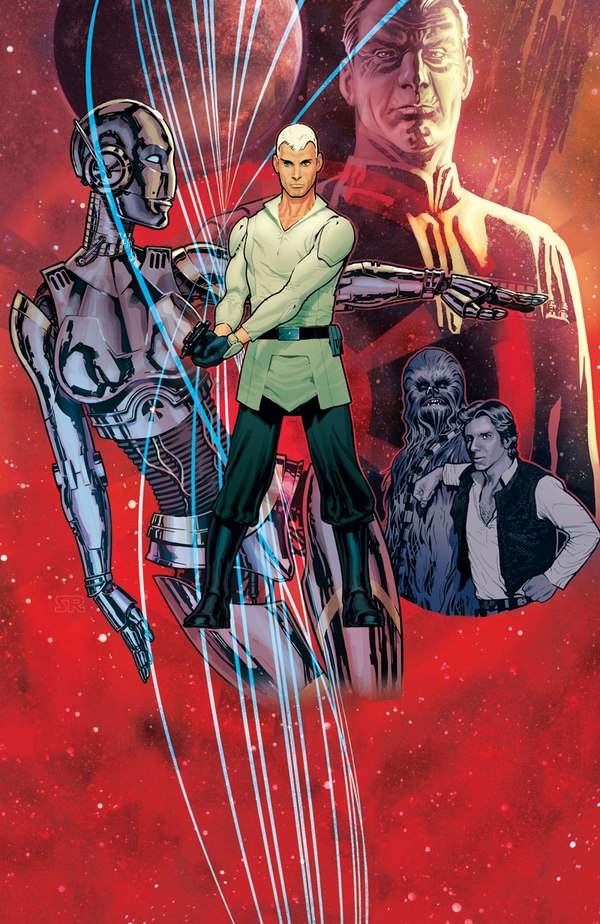 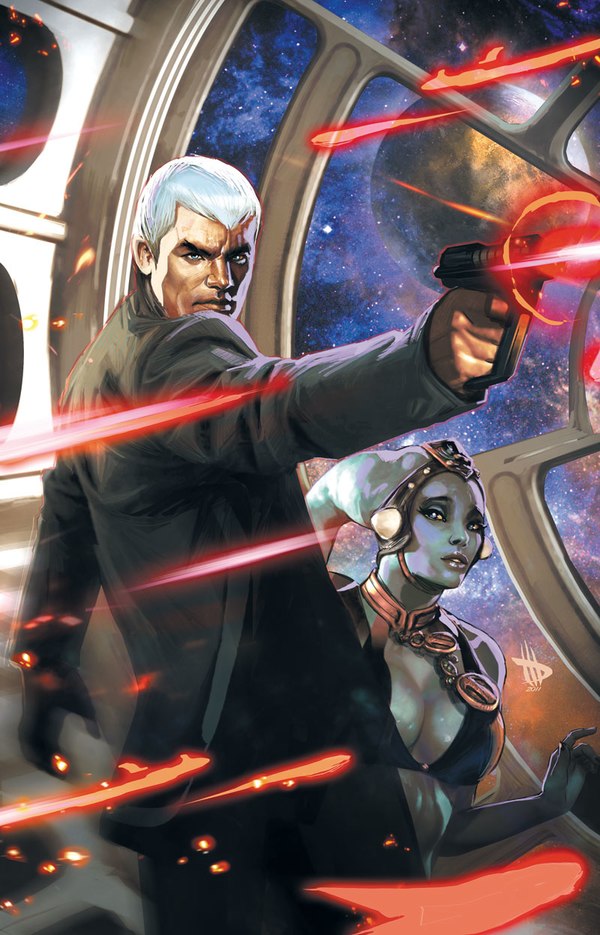 The name’s Cross. Jahan Cross. Move over, James Bond; there’s a new secret agent in the galaxy, and he has the weight of the Empire behind him!

Cross’s mission takes him and his assistant IN-GA 44 to the affluent Corporate Sector. There, on the trail of stolen droid technology, they will rub elbows with diplomats and desperadoes, captains of industry and sergeants of the local police—and rub most of them the wrong way!

• The author of the best-selling Star Wars: Legacy and Star Wars: Republic returns! 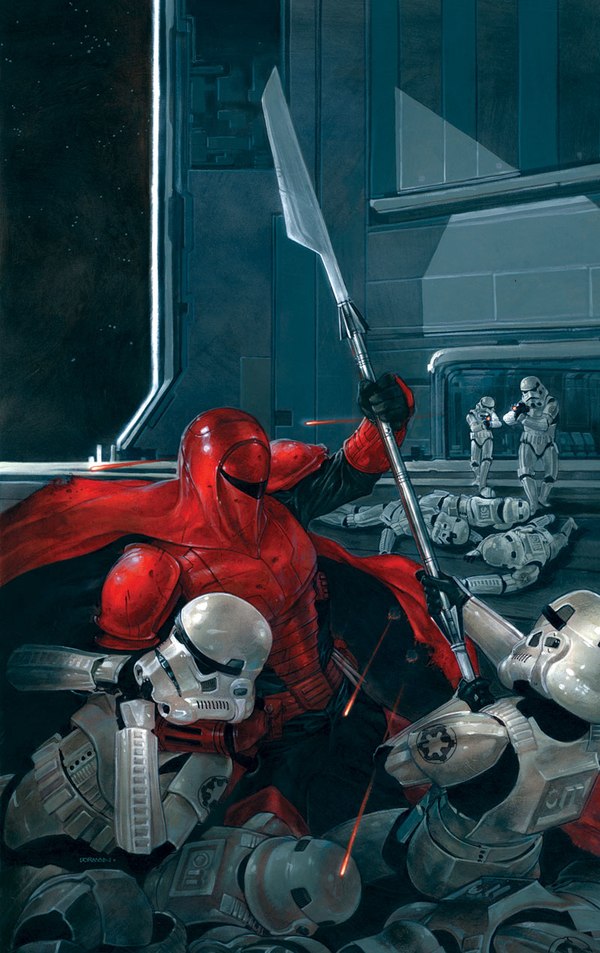 Kir Kanos strikes back at the Empire! Kidnapped and dragooned into a hard-liner Imperial plot, Kir Kanos, the last surviving member of Emperor Palpatine’s royal guard, has had enough! He goes to war with one Imperial faction, even as Leia Organa Solo receives an invitation to meet with emissaries from another.

Treachery layered on treachery is revealed and Kanos answers it the only way he knows how—with violence! 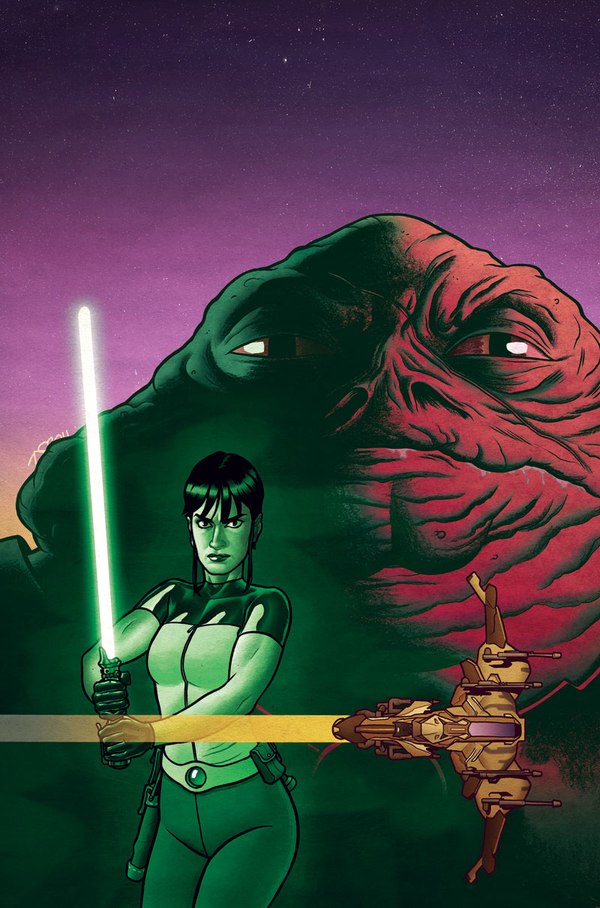 Caught between a Sith and a Hutt, Jedi Knight Kerra Holt must battle both to save the billions on the planet Darkknell from being drowned by a fleet of ships with the power to flood the planet! Her plan is full-steam-ahead brute force—but her enemies are more cunning than she expected. Is this the end of Kerra Holt, the lone Jedi?