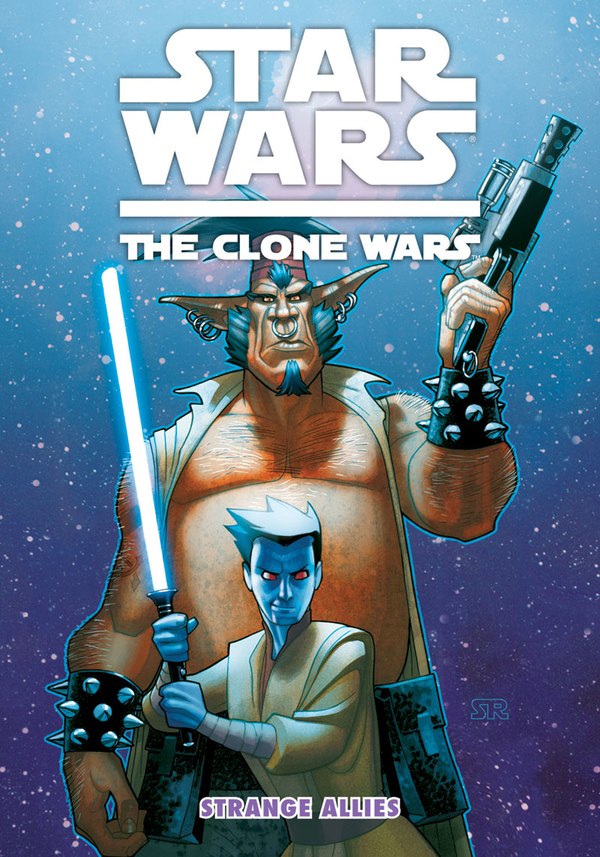 With so many Jedi Generals occupied with the Clone Wars, assignments that would usually go to Knights or Masters are falling to Jedi in training—in this case, masterless Padawan Nuru Kungurama. Accompanied by his squad of clone troopers and a hulking swoop biker named Gizz, Nuru’s job begins as a routine protection detail but soon evolves to include a mystery massacre, the hijacking of a space freighter, and the kidnapping of a group of orphaned younglings! 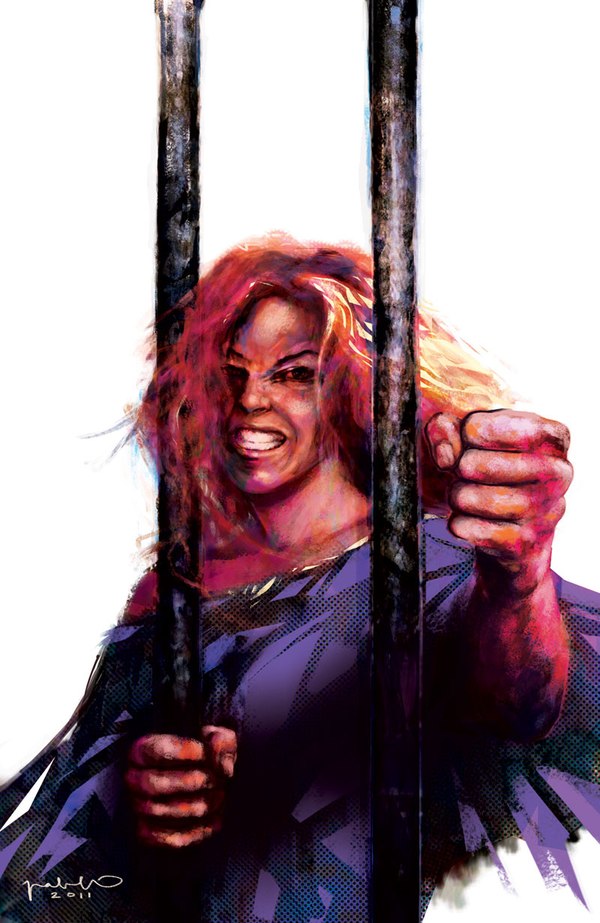 Caged fury! Desert raiders have captured Ember Chankeli, only to discover they have a tiger who can’t be tamed! Worse for them: they have a Jedi on their trail!

But Jedi Master Dass Jennir had better watch his back, because a mysterious assassin and Darth Vader both want his head!

• War in the wasteland!

Still haunted by the death of Anakin Skywalker’s beloved Padmé in Revenge of the Sith, Darth Vader is tasked with a mission to locate a lost Imperial expeditionary force—led by the son of Vader’s rising nemesis, Moff Tarkin. But the perils of Vader’s journey into the unexplored Ghost Nebula are compounded by traitors among his crew and the presence of the system’s religious leader, Lady Saro. Collects the five-issue miniseries. 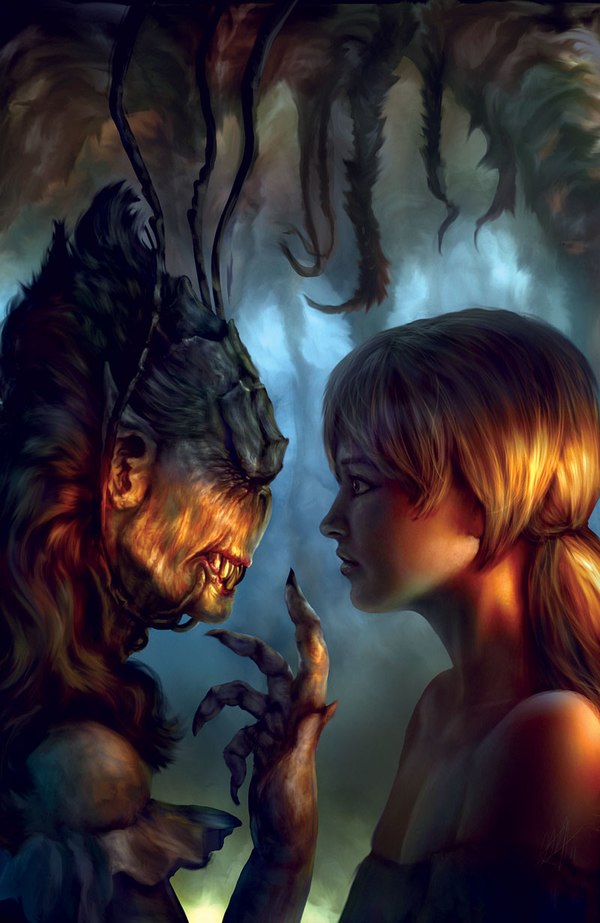 The Yuuzhan Vong invaders are everywhere!

Queen Nina of Artorias and her stepdaughter Kaye discover that the haven meant for the refugees in their care is actually a work camp run by the Empire—for the benefit of the invaders! But worse than that, Kaye learns a horrifying secret about her adoptive mother—and herself! 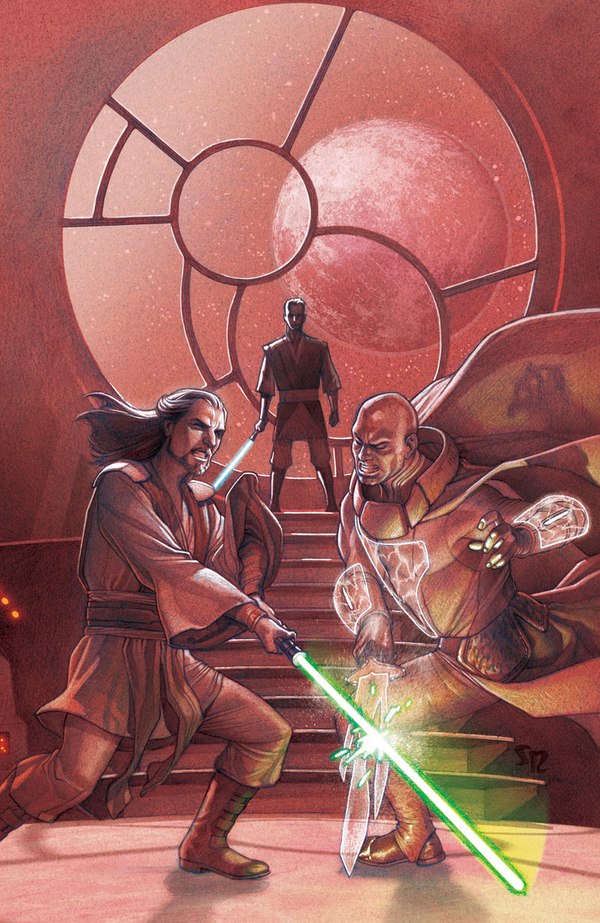 Civil war has broken out on Telos IV. As the governor rallies his military, Jedi Qui-Gon Jinn struggles desperately to uncover the reason for the planet’s unrest, in hope of stopping the war . . .

But Qui-Gon’s troubled Padawan isn’t helping: his homecoming to Telos has been anything but happy, and the recent events—including the horrific death of a family member—have fueled his growing anger. This time, though, Qui-Gon is the target! 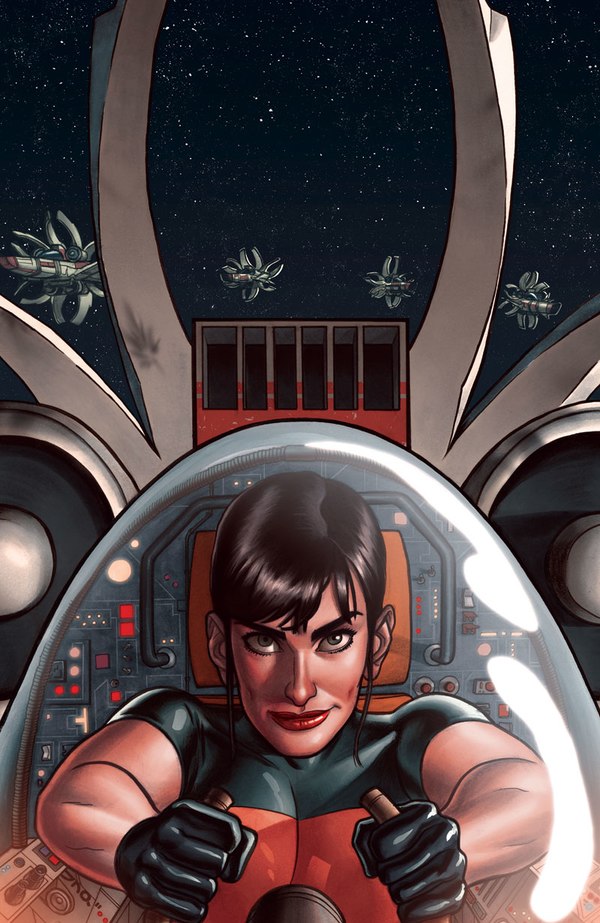 Answering a distress call, Jedi Knight Kerra Holt has returned to her Sith-held home planet to liberate as many slaves as possible with a single shuttle. She didn’t expect to meet a squadron of starfighters from the Republic! With the help of the Devil Squadron, Kerra can go on the offensive, and the entire planet will have a chance at liberation!

But there is more to the Devils than it first appears. A scheming Hutt with an evil agenda is infiltrating the planet, and the Sith Lord Daiman is just getting wind of what is happening on his planet!

• Meet the Devil Squadron and their never-before-seen starfighters! 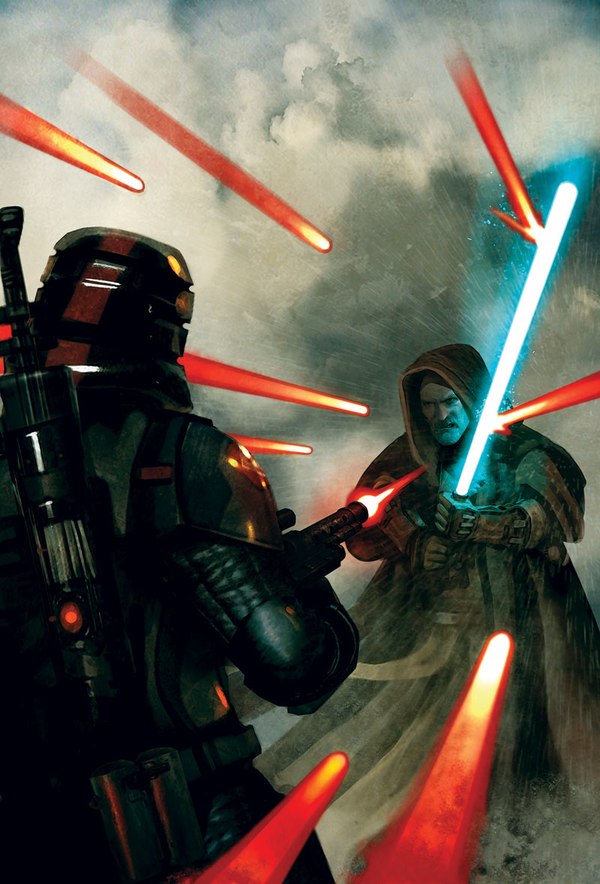 Captured by the evil Sith Empire, Republic spy Theron Shan is about to find out what secret sacrifice brought about the end of the great war. But once the Imperial’s covert activities are revealed, will he be able to act on his devastating discoveries?

The senior writer of the online game The Old Republic continues to weave secrets for game players into this comics saga! Don’t miss a single crucial issue!
Image 1 of 6

That's pretty sweet. If only they could make a 4" one look that good.

can't see any of the images