Bespin refugee - March 28, 2011
While a little later than was reported earlier, Mike Richardson (Dark Horse Comics President and publisher) and Randy Stradley (Vice President of Publishing and Star Wars editor) have announced that the long delayed Crimson Empire III will finally be released as a six issue series starting October 25, 2011. The trilogy, which began in 1997 with the first Crimson Empire six-part mini-series, followed by Crimson Empire II: Council of Blood in 1998, will now tie up loose ends with Crimson Empire III (which was first announced for 2001), written by Mike Richardson with collaborator/editor Randy Stradley, art by Paul Gulacy, colors by Michael Bartolo, letters by Heisler, and cover art by Dave Dorman. Check out StarWars.com for the reasons for the delays, and what to expect when the books hit shelves later this year. 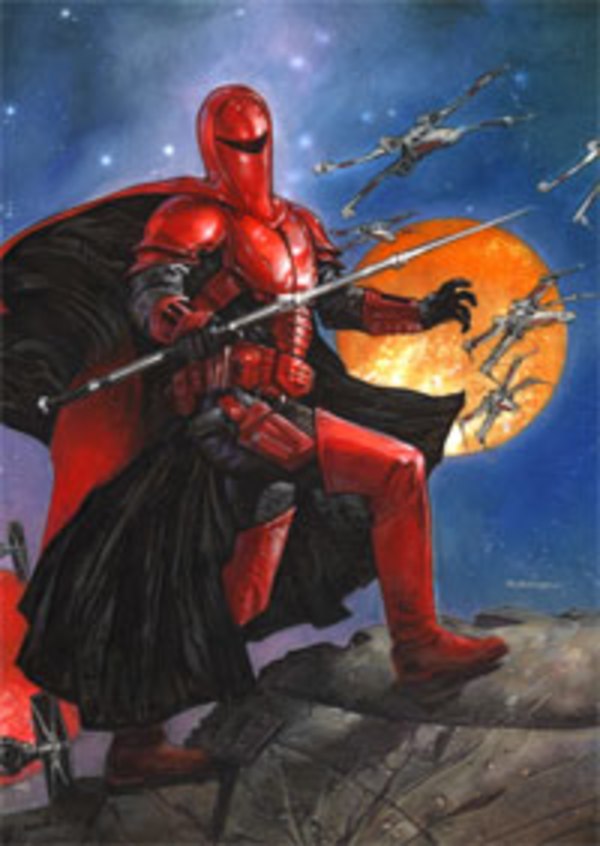 Thanks for the info. I knew I hadn't imagined it.

I really hope they do release this one. It looked REALLY sharp ...especially since the first Goblin minimate was from back in the early days of the line when they were much simpler. Just compare that original Goblin to the recent Hobgoblin! Now THAT's how to make a goblin!

Maybe I'm going crazy but I could swear at a con last year or so, a new Green Goblin minimate was displayed with more detailed scales and a removeable goblin mask that revealed a crazed Norman Osborn head beneath.

Was this really shown or did I imagine this?

If it was shown, was this ever released? Was it an exclusive somewhere?

No, you're not and no it hasn't...yet. It was supposed to be part of a Target exclusive wave that got cancelled (Target pulled-out of the deal as a result of the previous "rehash" asst.s performing poorly...go figure.). The 'Iron Spidey' that was recently released in the Civil War boxset and (if I remember correctly) AFX's exclusive 'Web Armor Spidey' were also originally slated for this wave (among a few others). Chuck from DST has stated that they will still try to slip these unreleased 'mates into future asst.s when possible. I truly hope so, as this improved Green Goblin was really the only one that I was excited about; it truly was a beautiful minimate and is still needed. I don't have a link handy, but you might try Minimate Headquarter's gallery for a photo of these.