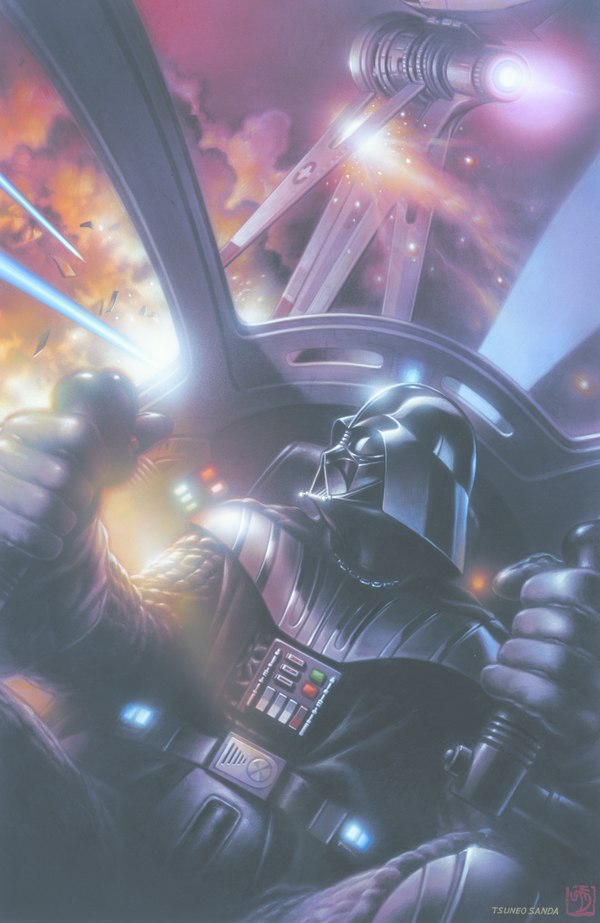 Darth Vader steps up his attacks when his invasion of the Ghost Nebula meets with stiff resistance. But when a courageous beauty offers her help in conquering the system, visions of what his life might have been if he had not betrayed the Jedi and if Padmé was still alive affect the dark lord’s decisions.

• Darth Vader, the darkest lord of the Sith, at his best—and worst! 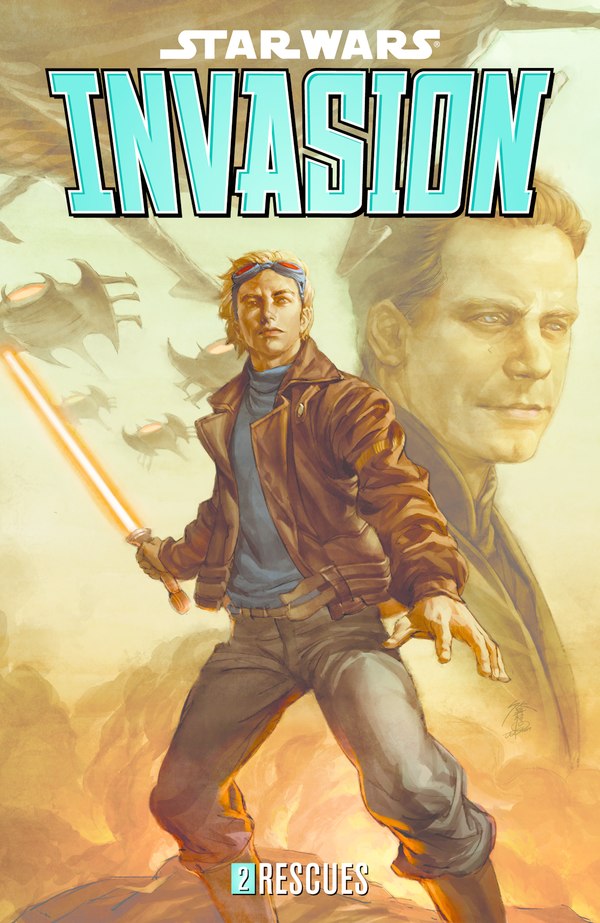 Twenty-five years after A New Hope, the Yuuzhan Vong invasion has the forces of the New Republic spread thin. Even Luke Skywalker’s New Jedi Order is nearly helpless against the invaders from beyond the galaxy. These are times when even the rescuers may need rescuing . . .
Prince Finn Galfridian, despite Master Skywalker’s disapproval, flies into danger with Jacen and Jaina Solo! Princess Kaye and Queen Nina turn a captured Yuuzhan Vong ship against their enemies! And King Caled conducts an underground war on the family’s homeworld of Artorias, not realizing the enemy is closer than he thinks!

• Features some of the first visual representations of this turbulent era of the Star Wars saga! 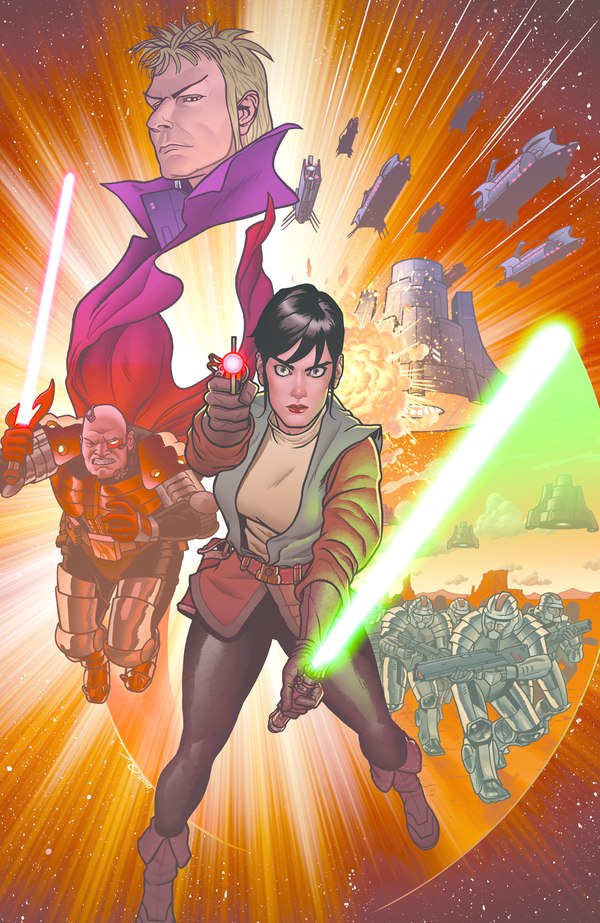 Who can be saved? What must be sacrificed? Kerra Holt will decide once and for all what it means to be a Jedi in the concluding issue of Aflame!

Sith Lord Odion and his army arrive at Chelloa prepared to take over the mining planet, but upon arriving, Odion finds a terrible surprise from his brother, Lord Daiman. World-devastating war is inescapable, but Kerra knows that when all hope is lost, that is when the Jedi are needed the most! 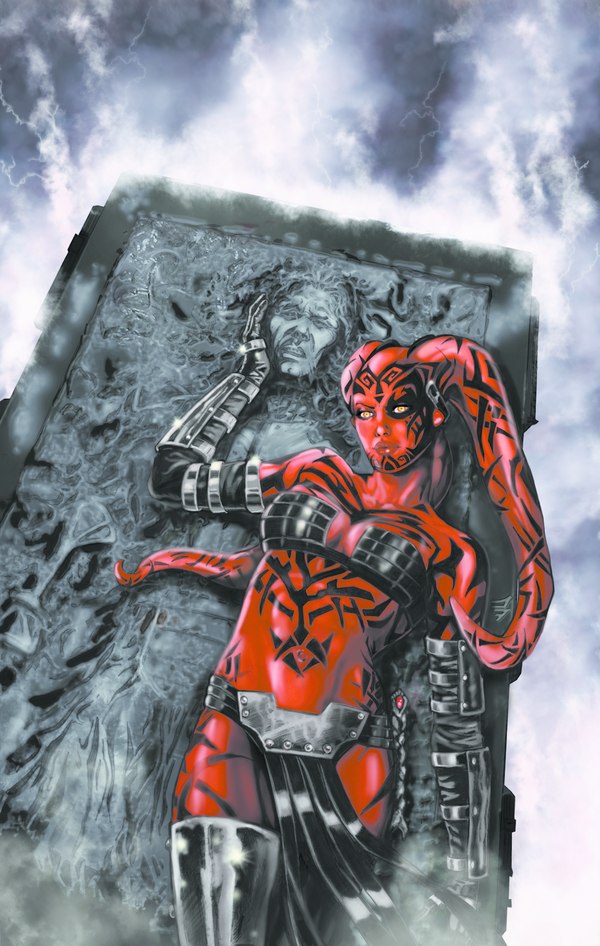 While Emperor Krayt’s forces strike at hundreds of targets across the galaxy without thought for their own losses, one place has remained safe: the hidden Jedi temple on Taivas. But that happens to be the one place Krayt most wants to annihilate—if he can locate it and learn the secrets of its defenses.

• The final chapter of Legacy continues! 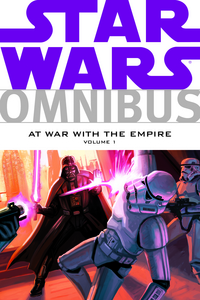 STAR WARS OMNIBUS: AT WAR WITH THE EMPIRE VOLUME 1

Collected here are stories of the early days of the Rebel Alliance and the beginnings of its war with the Empire—tales of the Star Wars galaxy set before, during, and after the events in Star Wars: A New Hope!

In this volume: Darth Vader and Emperor Palpatine are targeted for assassination by rogue Imperial officers; Princess Leia gets her first taste of war and the sacrifices the coming rebellion will require; Vader, after surviving the destruction of the Death Star, must fight to become the leader of a pack of savage beasts; and many other stories! 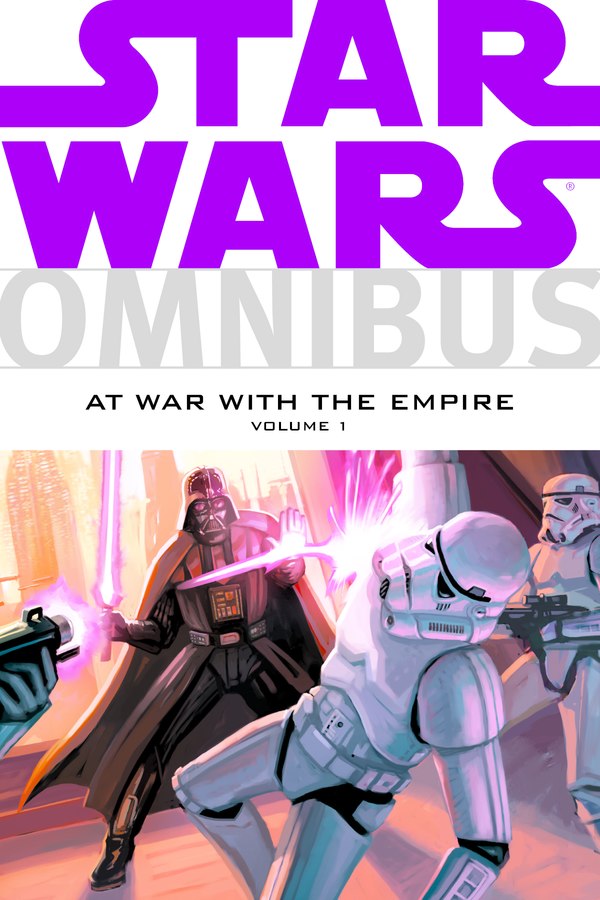 nvm i don't want to get yelled at by mods.. lol

w00t now i can call people on here gay again

w00t now i can call people on here gay again

What the heck is a FUGAYZIE anyway. That is one username I have always wondered about.

Poop guy just wanted to post a picture and look what has happened.

JayC just pmed me back the word gay was removed

R e t a rded was my doing

Right now my bandwidth is used up but otherwise it works fine.

FU$#@$$@ZIE, are you just having trouble posting images in posts?

OMIGOD!!! You're fricken KIDDING me??

I couldn't figure out what you were typing there Blackmada, until I read the last line, and remembered the handy dandy NEW filter thing. So F U G A Y Z I E gets the G A Y blocked out of his name now??

hey look at that...filters broke on the f bomb!! Just don't be G A Y I guess!

I bet we are getting a bigger chuckle out of this than anyone else.

g a y is in the word filter

Makes ya wonder who all collaborated on just what words DID go in the filter? @hmmm@

Apparently they weren't too awful concerned about the REAL nasty ones (as I demonstrated above) and instead, chose to focus on words like G A Y and R E T A R D E D which come out like $#@$$@ and ##$%$#ed now. @loll@ We'll have to substitute them with HAPPY and HANDICAPPED for now. 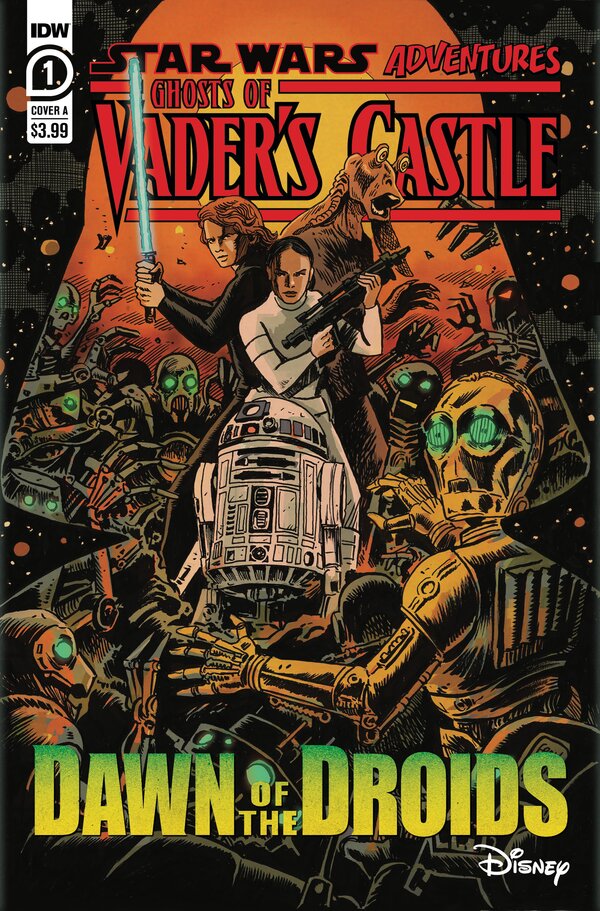