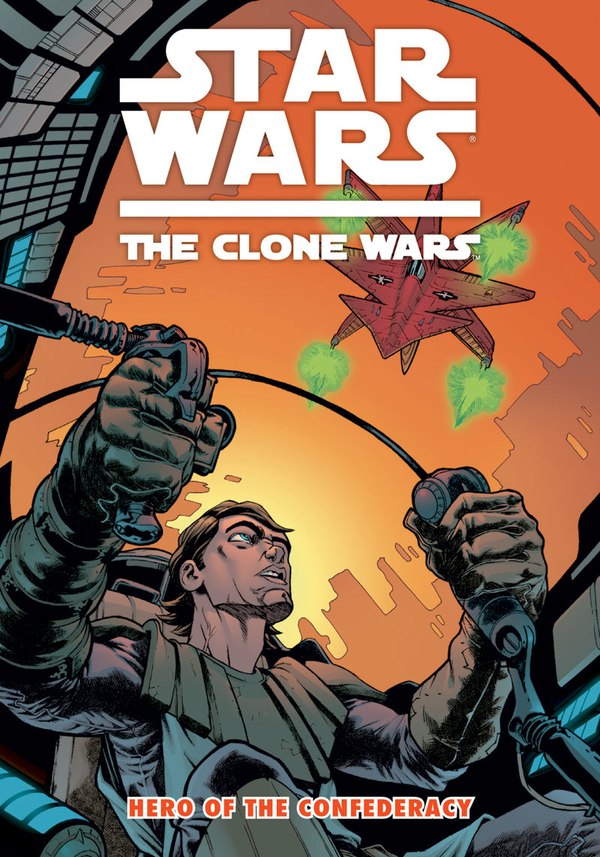 STAR WARS: THE CLONE WARS—HERO OF THE CONFEDERACY

Anakin Skywalker, Jedi Knight and hero of the Republic, is challenged by a fledgling hero of the Confederacy!

The Confederacy is being provided with newer and more advanced ships from Valahari—a world that has claimed neutrality in the Clone Wars. Anakin Skywalker and Obi-Wan Kenobi are dispatched to negotiate with the planet’s rulers, but as events unfold and Anakin is framed for a dishonorable act, diplomacy gives way to war! 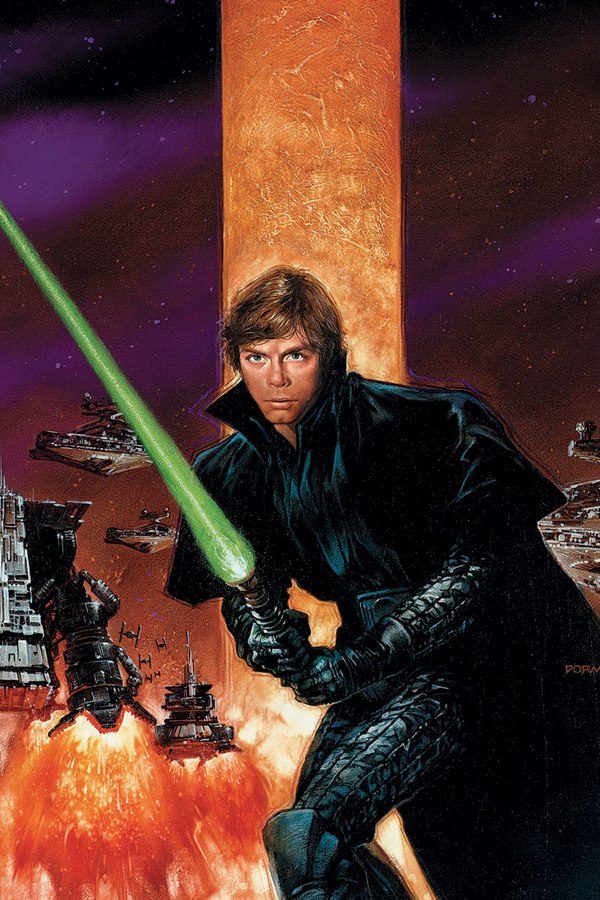 Six years after the fall of the Empire in Return of the Jedi, the battle for the galaxy’s freedom rages on. The Empire has been mysteriously reborn under an unknown leader, wielding a new weapon of great power. Princess Leia and Han Solo struggle to hold together the New Republic while the galaxy’s savior, Luke Skywalker, fights an inner battle as he is drawn to the dark side, just as his father . . . 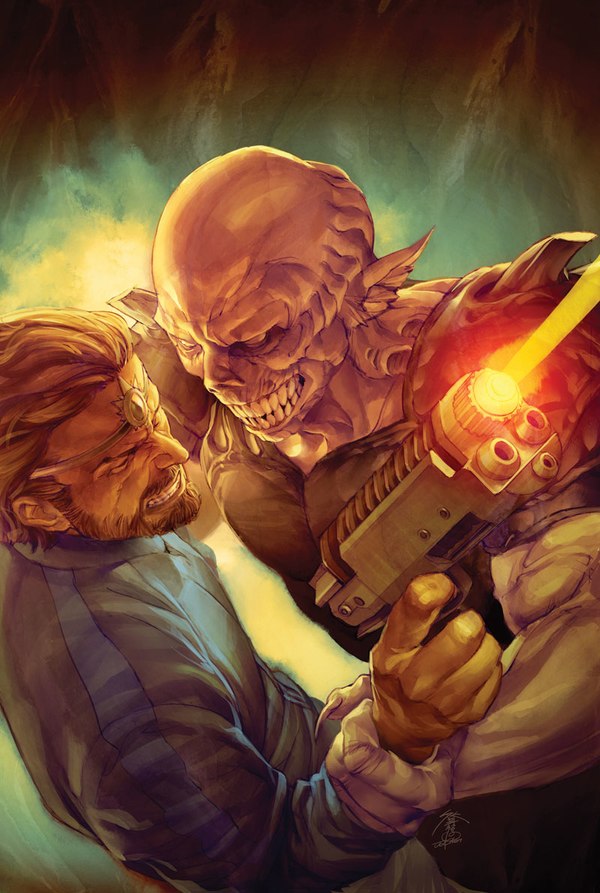 Two armies have joined forces for a dangerous rescue mission. Both have experience fighting the Yuuzhan Vong, but this time the encounter takes an unexpected turn, and more is revealed about their enemy’s strange capabilities . . .

Meanwhile, Finn Galfridian and the Solo children race to warn Finn’s father that a trusted friend is a deadly enemy! 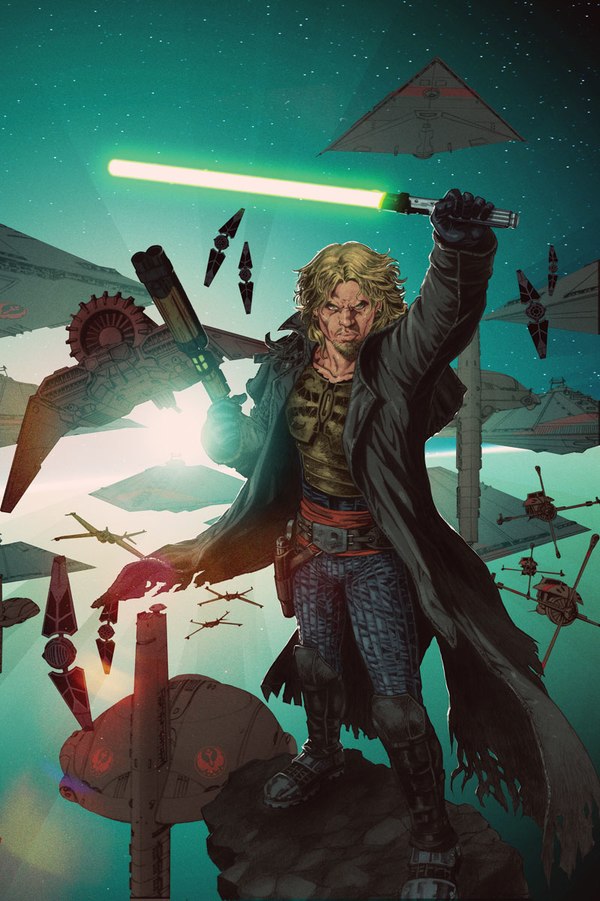 The galaxy is teetering on the edge of a new future, with everyone fighting for a foothold—not to mention their lives! The galaxy that emerges from this chaotic battle could even end up without a Skywalker to carry the legacy that so many have come to depend on . . . 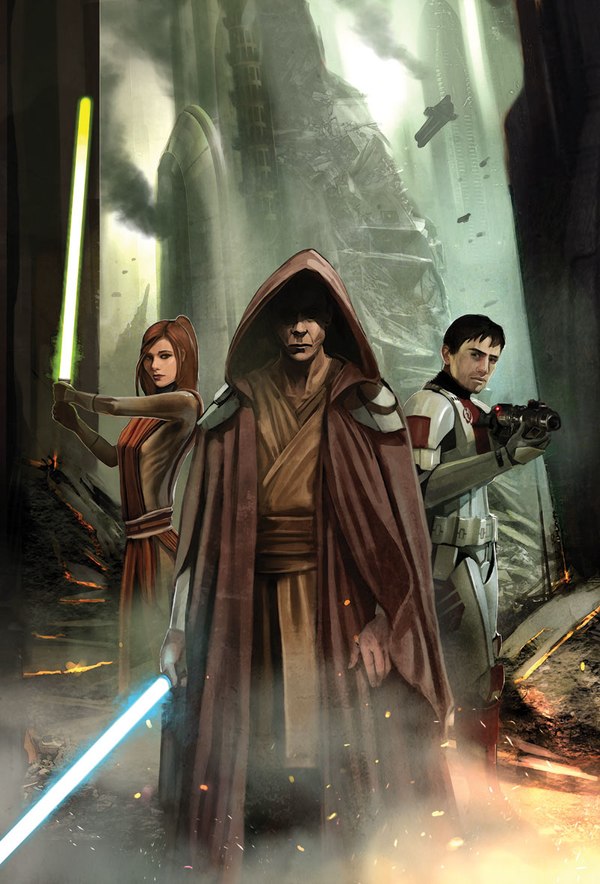 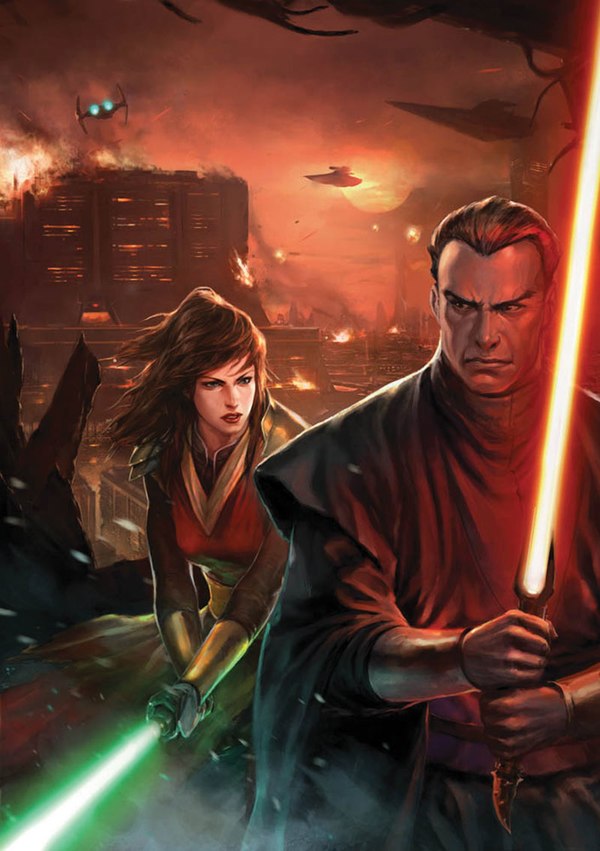 “Threat of Peace” unveils a galaxy on the brink of destruction three hundred years after the events of Knights of the Old Republic!

For decades, the Galactic Republic and the Sith Empire have been at war—the Sith have gained control of the Outer Rim, but their efforts to penetrate the Core Worlds have so far been thwarted. Now, representatives from both sides attempt to negotiate a peace treaty—but deception by the Sith puts the Jedi in an unfortunate position.

The release of The Old Republic promises to be a Star Wars event of the highest order!

• Scripted by Rob Chestney, one of the writers behind the game!