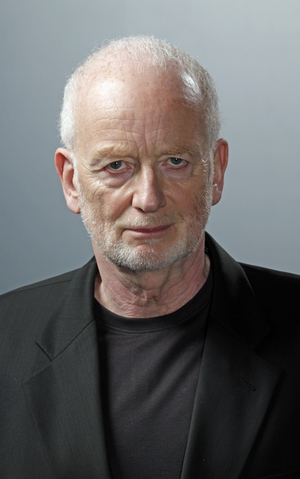 Ian McDiarmid, the actor who unforgettably played the evil galactic mastermind and the ultimate villain of the Star Wars Saga, will make a rare convention appearance at Star Wars Celebration Europe, appearing on-stage and signing autographs.

This summer’s event will mark the first Celebration in Europe at which the highly sought-after actor will appear to sign autographs and chat on the Celebration Stage, offering attendees a rare opportunity to hear about the making of Star Wars from his perspective.

In 1983, McDiarmid embodied the full depth of the dark side as the Emperor in Star Wars: Episode VI Return of the Jedi, his face hidden under intensive makeup and his eyes concealed behind yellow contact lenses. When his true face was revealed as the apparently kind and helpful Senator Palpatine in Star Wars: Episode I The Phantom Menace (1999), he projected a different kind of evil – a subtle manipulator of galactic events, a villain hidden in plain sight. As the prequels progressed, so too did Palpatine’s plans until finally, in Revenge of the Sith (2005), McDiarmid got to play evil at its fullest, and revealed the true power of Darth Sidious.

Star Wars Celebrations bring fans of all ages together, from all points of the globe, to celebrate the pop-culture phenomenon that is Star Wars. From its young fans of Star Wars: The Clone Wars to die-hards fueled by the nostalgia for the original Star Wars trilogy; curious, casual followers; gamers, readers, costumers or collectors — there's something for everyone at Celebration.