Bespin refugee - December 02, 2007
"This month has been really strange in terms of distribution of Star Wars figures on the national level. Several people across the country have reported that the final wave of the TAC line has hit stores, blowing past Waves 7 and 8 completely in some areas. I don't know if this has anything to do with the rearranging of Hasbro's production schedule to accomodate the "Force Unleashed" release being moved to the middle of next year or not...but nonetheless, only some states have seen the Ewok 2-packs or R2-B1 in small numbers.

Our store got in Wave 9 this week, and is the most ho-hum of the entire TAC line IMO. But of course that stems from the fact that I've never been much of a prequal fan, which this wave is mainly dedicated to. Although, "Bondage Padme" would have shown SOME promise, had I not gotten one that's cross-eyed. McQuarrie's final figure is an interesting one to say the least.

When you first look at the Rebel Trooper, the first thing that may come to mind is that his helmet looks like a clam shell. I thought it was kind of silly-looking until I studied the helmet's interior a bit. Much of the "greeblies" inside the helmet are similar to those found inside Stormtrooper helmets. Speaking of which, the entire upper body of the figure sports white armor that looks much like the modern Stormtrooper, including black gloves with white armor plating.

Like most of the newer Mcfigures, the Rebel Trooper is superarticulated with ball-socket joints in the shoulders, neck, elbows, and knees; and straight-cut joints in the torso, wrists and hips. His helmet is removable and comes apart in two halves. A small peg at the rear of the helmet keeps them together. To completely remove the bottom half of the helmet as well as the chest armor, you need to pop the figure's head off. The head is nicely done, but a tad on the larger side compared to other figures.

The paint scheme is clean and keeping to the muted grays, whites and blacks of most of McQuarrie's armored figures. A dull yellow unit designation is painted on the left rear portion of the helmet in Aurebesh.

The Rebel Trooper comes with quite a few accessories, if you count the armor itself.

Overall, a nice figure to wind up the 30th Anniversary line. My coin album is complete with the placing of this figure's coin...now to dump it on eBay! Just kidding..."
Image 1 of 4 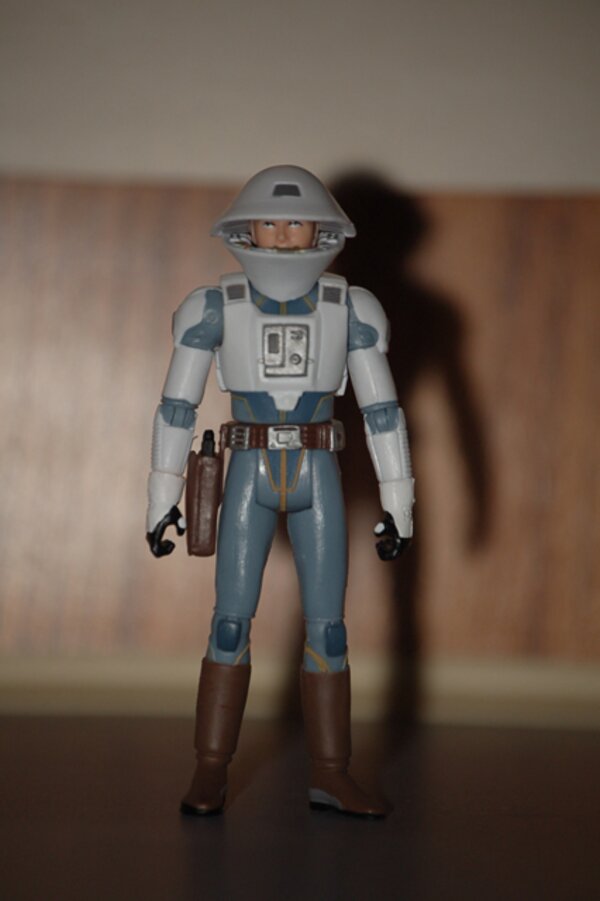 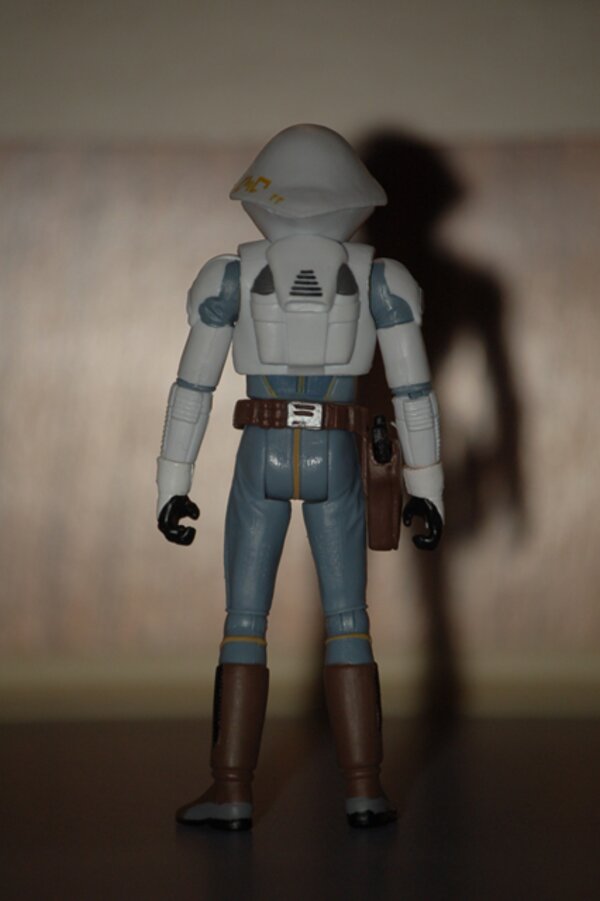 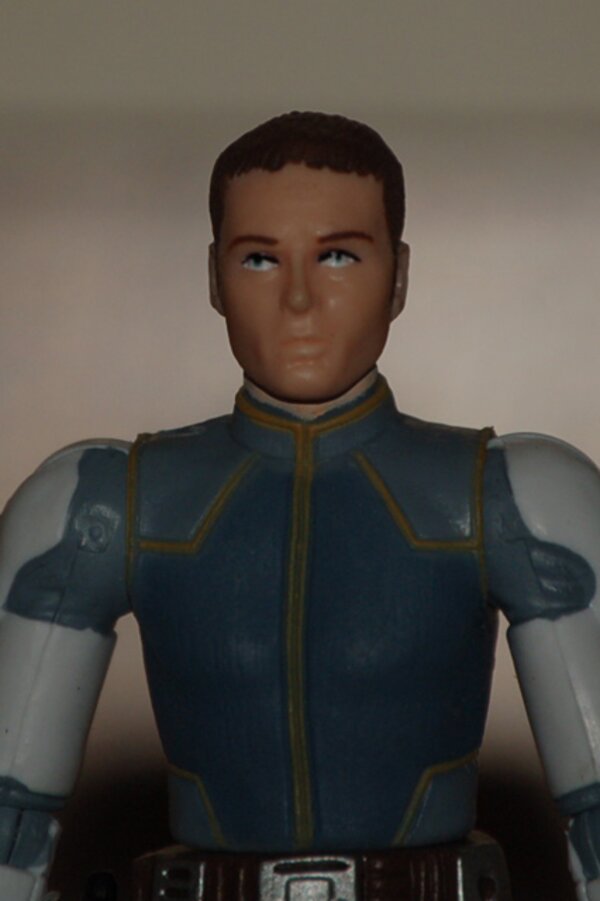 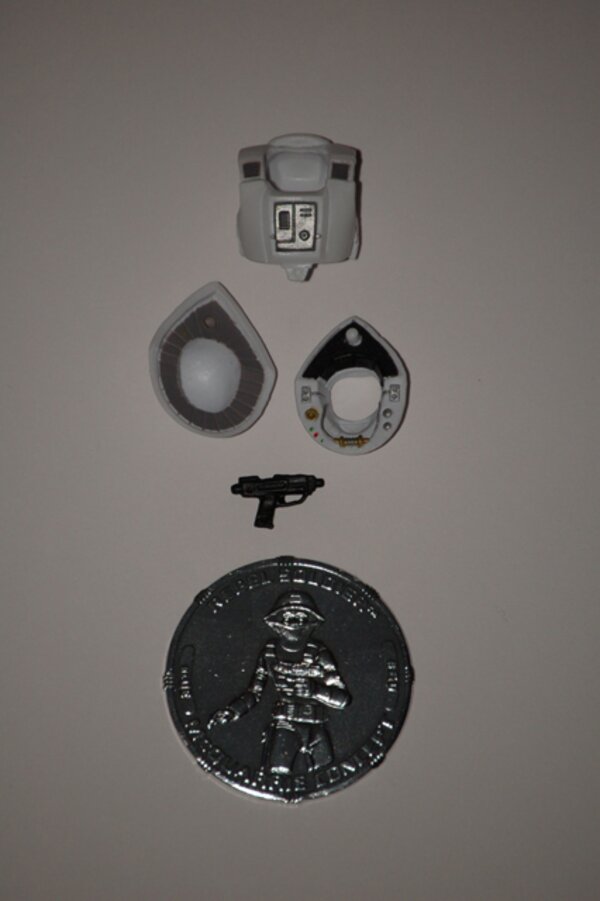 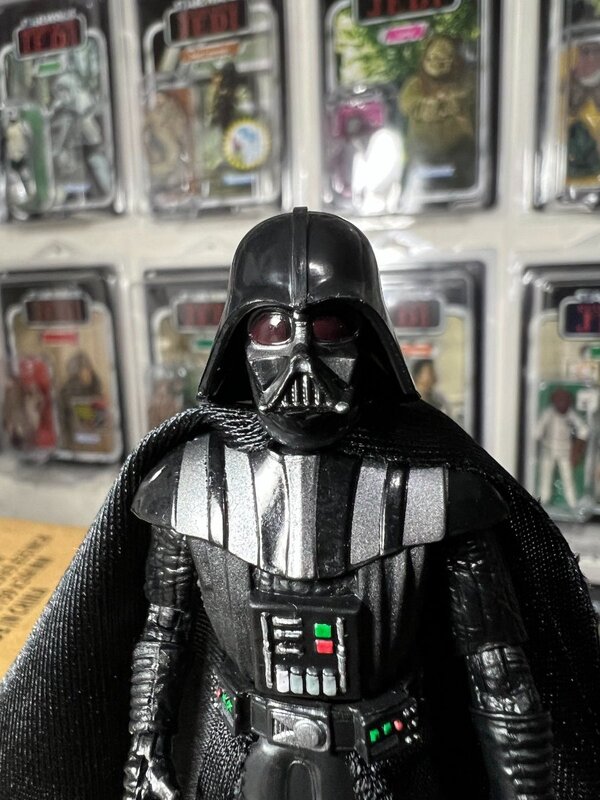