Threepio has never been accused of being overly brave nor optimistic in his outlook on things. But can you blame him? If there is such a thing as bad karma for droids, then our favorite golden protocol droid is drowning in it! He began life as a garage-kit for a kid who would become one of the most evil personages the galaxy has ever known. He has witnessed the tragic death of the most influential leader of the Naboo. He has been blasted to bits at least twice. Left to his own devices in the middle of the Dune Sea on Tatooine. Been taken as salvage by a group of Jawas, then sold to the Lars family as a menial agrodroid. He has been sold to notorious crime lord Jabba the Hutt. And has had his eye torn out by a Kowakian Monkey Lizard...which is where we pick up this review.

I'm going to be brutally honest from the get-go...unless you are getting these figures strictly for completing your coin collection, skip this one altogether. Now, I am not bashing Wave 5 for the sake of hearing myself sound negative. Far from it. I am just finding this wave to be (for the most part) dreadful for reasons that are obvious to not only myself, but to others who have already gotten these figures as well. This Threepio is a kitbashed figure consisting of the TSC Endor Threepio torso and arms, and the lower torso and legs of the ROTS Threepio...so I won't go into the articulation (or lack thereof, in this case). The head, of course, is a modified Endor Threepio head that has a retractable photoreceptor in the right optical socket. This is, at first glance, a neat gimmick...until you realize HOW Hasbro had to rig this up to get the desired effect. As you can see below, the circular access panel to the protocol droid's memory banks has been made into a kind of plug with the eye sensor attached to it. When you pull back on this panel, it pulls the eye sensor into the socket, giving Threepio a normal look from the front of the face. The problem is that you now have the access panel hanging a good distance from the back of the droid's head. It's extremely noticable, no matter how you attempt to angle the droid.

The paint scheme is standard Threepio. Gold electroplating from head to toe with black, red yellow and green highlights in the eyes, torso and joints. Unlike the Endor Threepio, which sported an electroplated silver right shin, this figure has had it spraypainted. Sort of a step backward, in my opinion...

Salacious Crumb was probably the highlight of this figure, which is not saying much, considering he is a sloppily-painted pack-in. Nonetheless, I was surprised to see that his hips contain small ball-socket joints, though this only allows him to more tightly grasp Threepio's shoulders with his feet. He also has a ball-socket joint in his neck, though the shape of the head does not allow for much movement beyond left and right. He has straight-cut joints in his shoulders as well. The browns and blacks used to paint the figure were not applied very neat, especially around the top of the head and the claws.

Threepio doesn't come with any accessories, unless you consider Salacious Crumb as such. But he does come with a collector's coin.

In closing, I'm just left feeling a bit blase about this version of Threepio. The Monkey Lizard was a nice idea, considering that we haven't had a new version of him in decades...but like with most of the rest of Wave 5, it just doesn't seem to be enough to push this figure into the realm of "gimme, gimme, gimme!" As I said before...unless you want the coin or the Crumb pack-in...pass.

I give C-3PO with Salacious Crumb 2 Death Stars.
Image 1 of 8 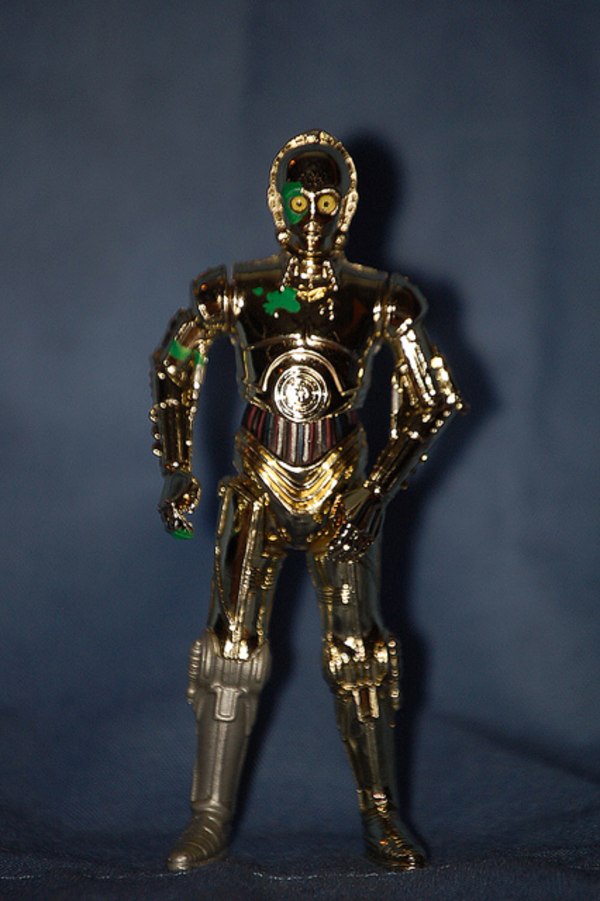 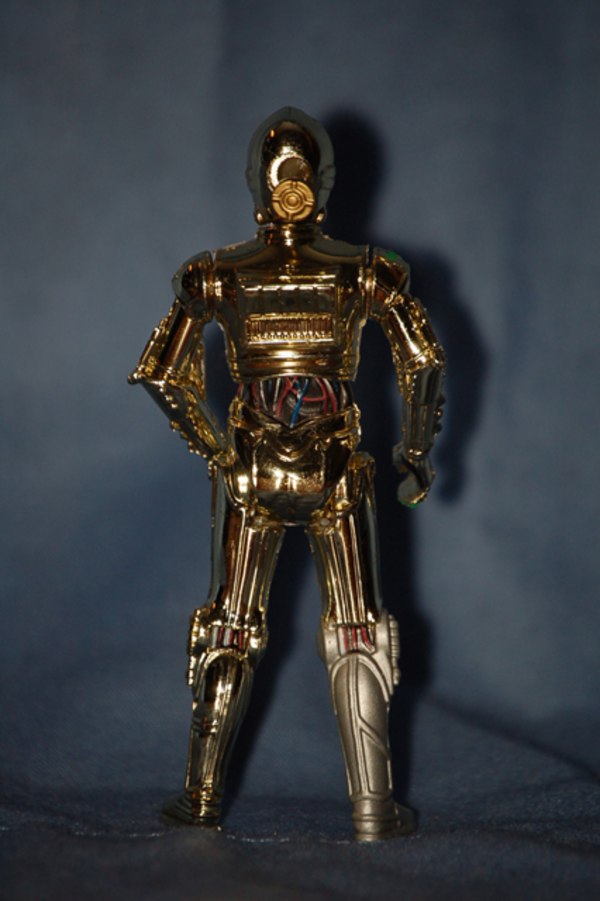 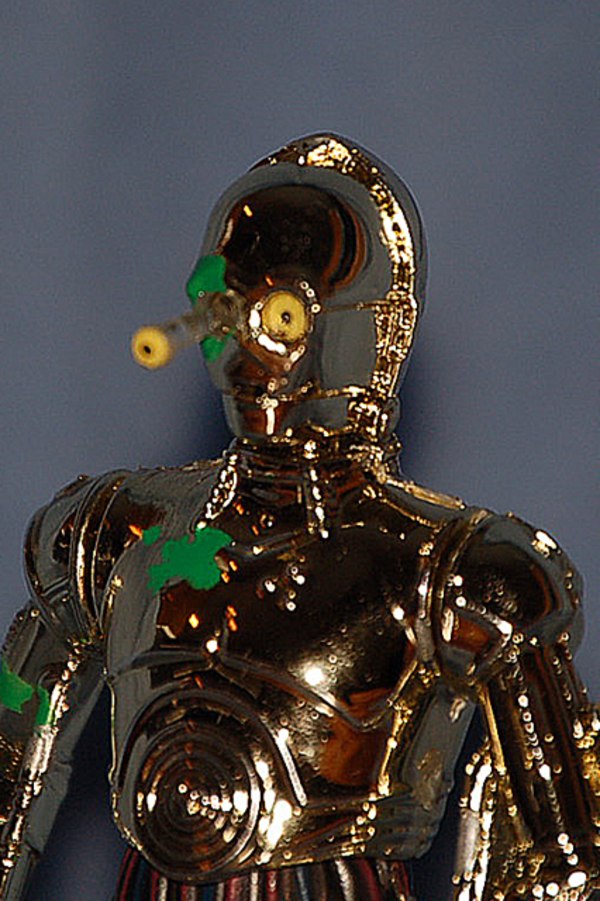 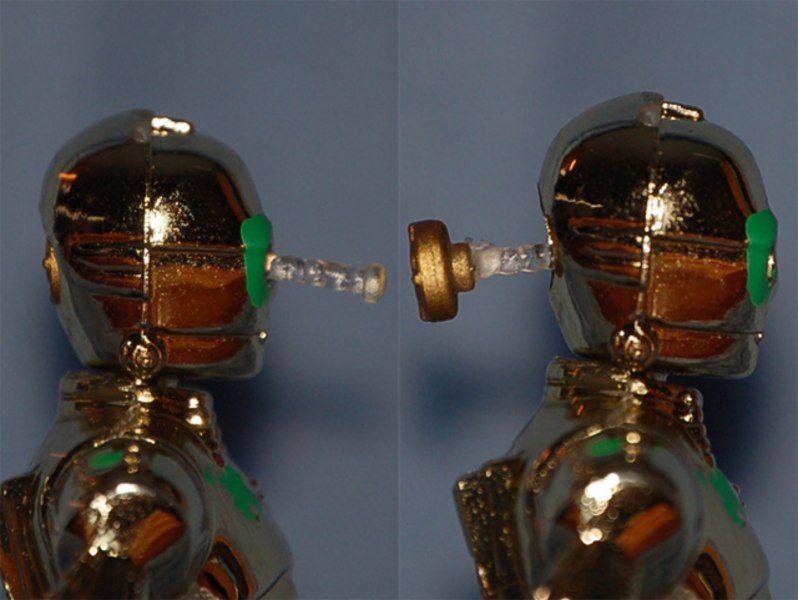 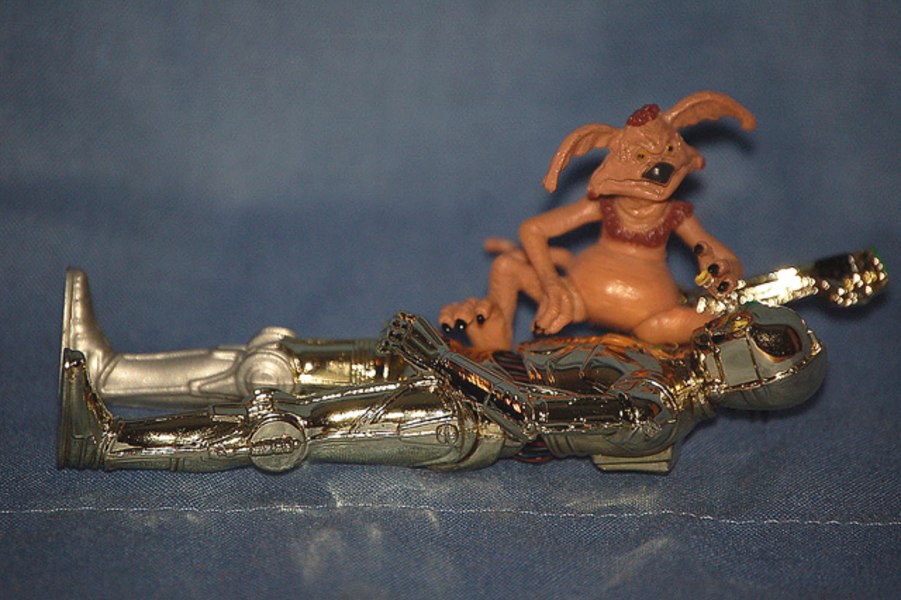 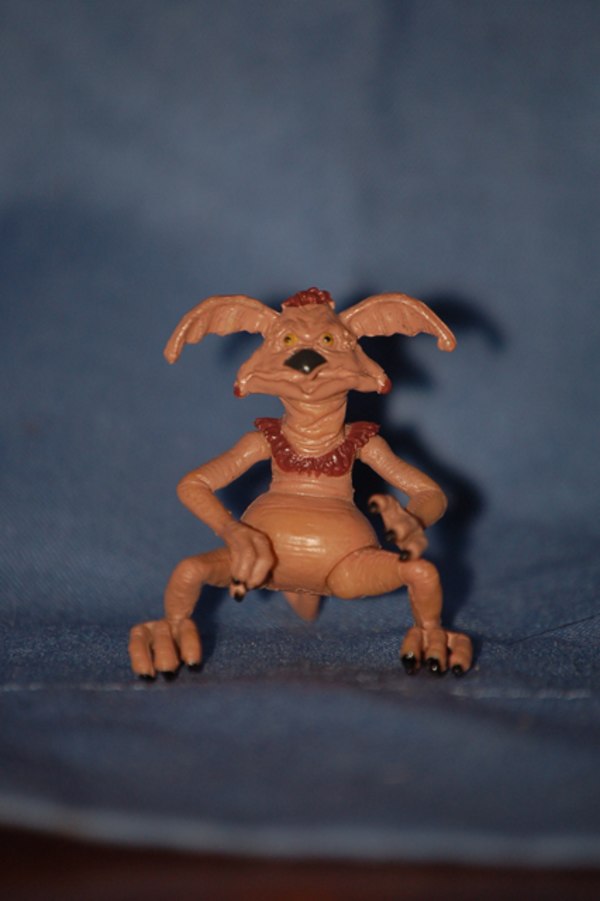 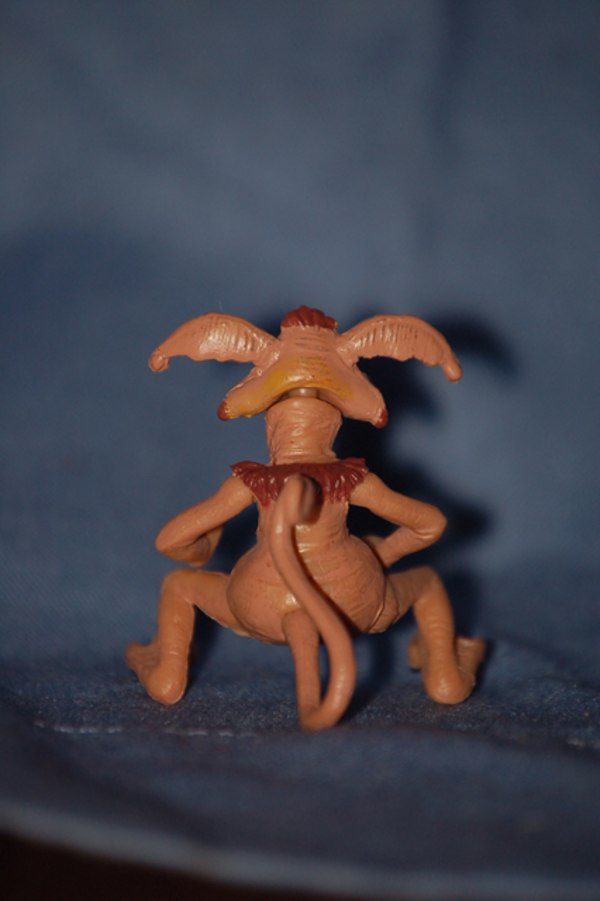 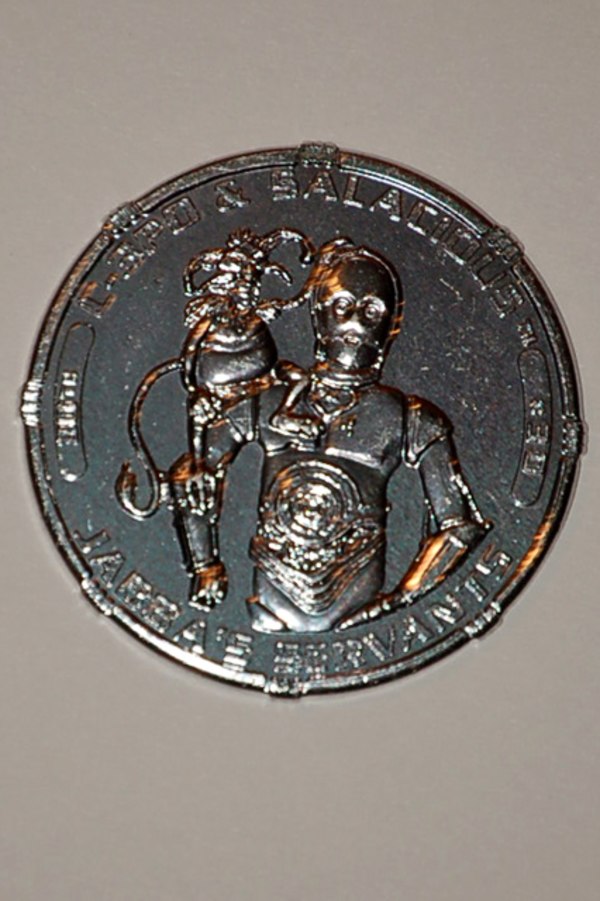