Bespin refugee - October 04, 2007
(Author's note: Due to losing nearly all of my photos from Wave 4 because of my wife accidentally formatting the camera's memory card, I decided it was just too much work to go back and redo everything...so instead, I bring you all an even better treat: Wave 5! So sit back and enjoy...)

We got somewhere in the neighborhood of 10 cases of Wave 5 at work today, and nearly ALL of them were gone by day's end, with the exception of a few Roron Corobbs and an entire herd of Yodas with Kybuks (apparently these are the pegwarmers of this wave). I was absolutely shocked at how rapidly the local collectors networked with each other and came in to clean us out. Ah...the age of real-time communication.

This review is of the figure that was the winner of Toyfare's Fan Choice 2006 contest: the enigmatic Darth Revan.

I remember playing Knights of the Old Republic a few years back, and the highlight of the game for me was my shock at learning that I (the player) was in truth, a Sith Lord with amnesia being used for good by the Jedi Order. The cutscene that revealed this showed Darth Revan in all his evil glory standing among the ruined tombs of the Sith burial world of Korriban. The black hooded cloak was a nod to Emperor Palpatine, and the mask was Vaderesque. I thought he was an ultra cool character, I never thought I'd ever see him in figure form. But Hasbro proved me wrong...

Though his "coolness" factor is through the roof, Revan was kind of a letdown once out of the package. The fact of the matter is, he's little more than a very tall version of the Jawa figure from Wave 3. Here's what I mean: Darth Revan has ball-socket joints in the neck, shoulders, and elbows, swivel joints in the wrists and straight-cut joints in the torso and hips. Like the Jawa, Revan has thick, rubbery robes that cover his legs, rendering the hip joints practically useless. I often wonder why Hasbro goes through the bother of putting articulation onto a figure, only to cover it up with static clothing (any given Imperial officer figure's uniform tunic also comes to mind).

One problem Revan has (at least my particular figure) is that he does not stand up on his own. He leans forward, balancing only on the front of his robes to keep him upright. I've repeatedly tried repositioning the legs underneath the robes to no avail. He still lists forward. Compared to Revan, Vader can bust moves like a professional hip-hop dancer! Darth Revan's hooded cloak is made from the same rubbery plastic as those on his waist. Once removed, it exposes his bald head and mask. The first thing I thought when I saw him without the hood was that he looks amazingly like one of the Cenobites out of any given Hellraiser movie. Cool and creepy all at the same time...

The paint scheme is nicely done, probably one of the only saving graces of this figure. The armor/robe combination is done in a plethora of blacks, reds, and muted burgundies. Silver clasps and rings adorn the lower torso in an approximation of a belt harness. Silver rings also run the circumference of Revan's robes around his waist. Underneath the robes, his legs appear to be VERY similar to Vader's with black armored shin guards on top of each boot. But apparently Revan has a fetish streak in him, given that he also has what appears to be grey leather straps wound around each leg.

Darth Revan comes with a handful of accessories.

This is one of those figures that you get really excited about in theory, but once you see the end result, it leaves you sort of jilted. Yes, he is an unbelievably cool figure. No, Hasbro did not get him quite right. Granted, he is probably the only Revan figure we will ever get from Hasbro, so I have to give them props for releasing a fresh Expanded Universe figure for the fans. I was just hoping for a tad more...softgoods waist robes, perhaps (like Master Tiin's) to allow more articulation. But I'm sure that there are collectors out there that feel that he's near-perfect. I'm just not one of them... 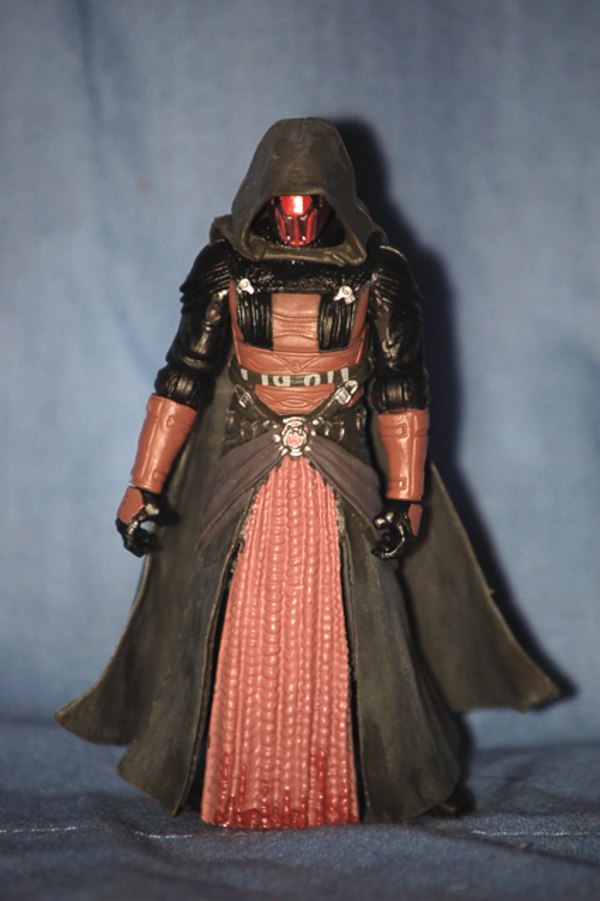 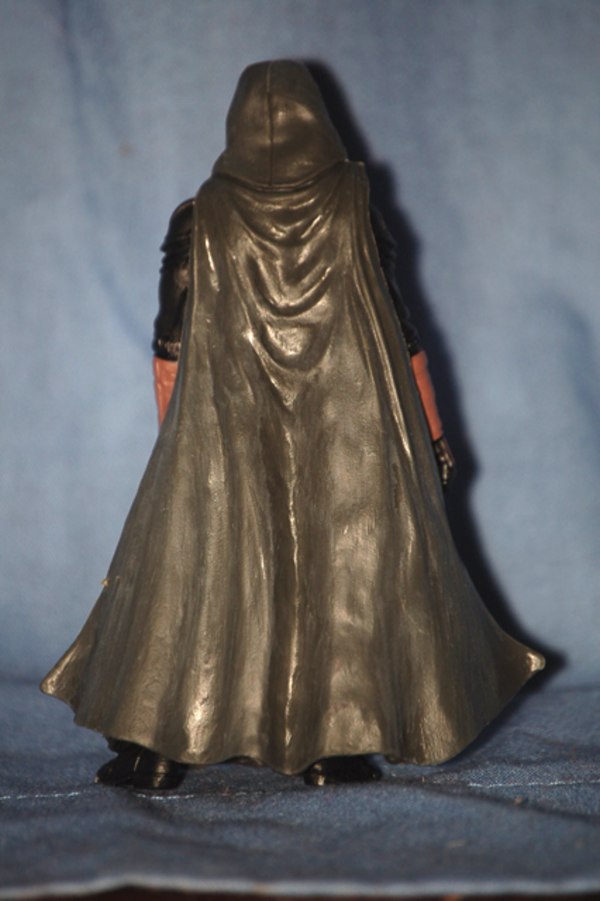 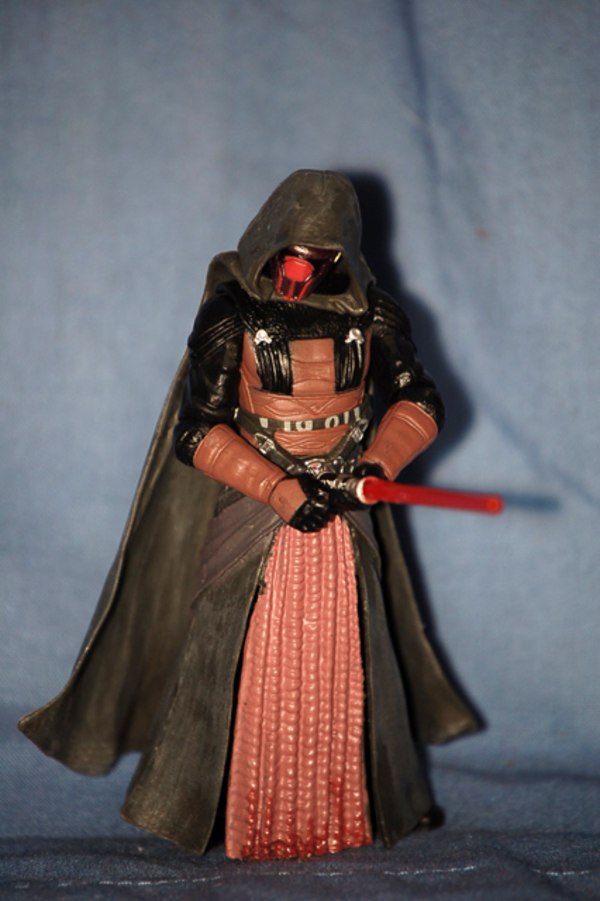 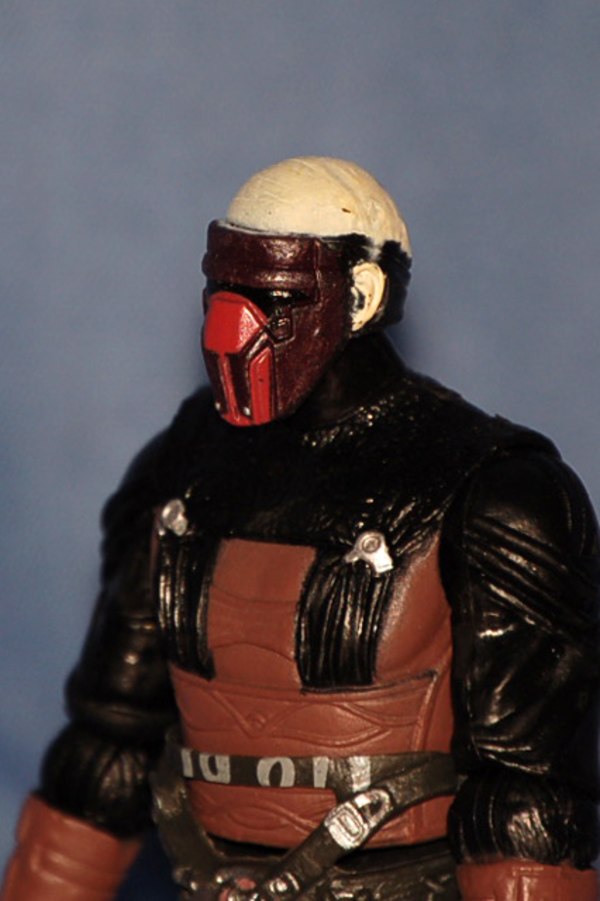 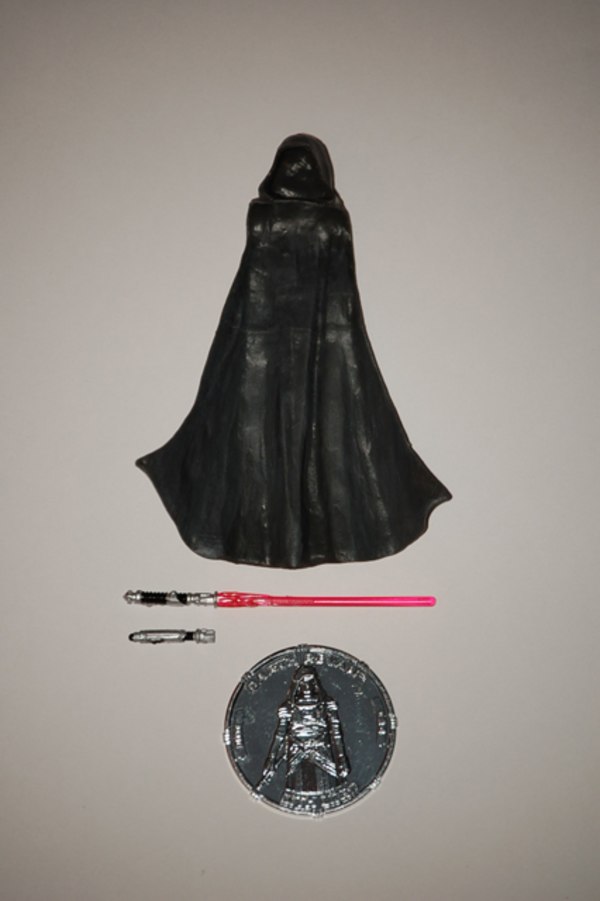 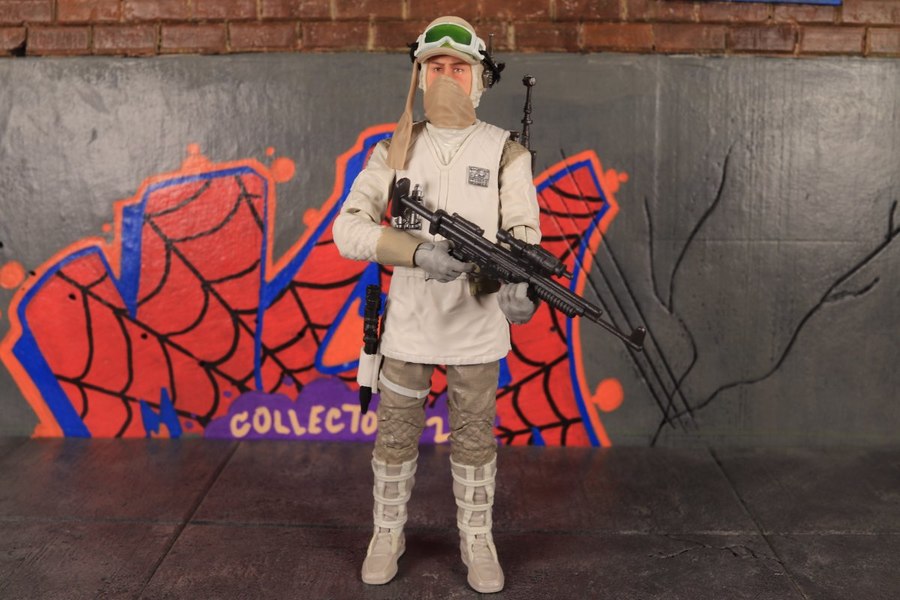