Bespin refugee - August 11, 2007
When I started doing the review for R2-KT, I found it more difficult to do so than other figures. Technically, I could have summed it up in one sentence: "Take R2-D2 and replace all of his blue parts with pink ones...voila, R2-KT!" But there is much more to the MEANING behind this feisty little droid than the "finished" plastic figure...

As many of you already know, Katie Johnson was the 7-year-old daughter of Albin Johnson, founder of the 501st Legion. In November of 2004, Katie was diagnosed with an inoperable brain tumor. Katie's older sister, Allie came up with an idea that she got, in part, from the scene in Episode II where R2 stands guard over a sleeping Padme. She wanted R2-D2 to watch over Katie while she spent long weeks in the hospital receiving cancer treatments. Albin, knowing Katie's worst enemy was now time itself, contacted members of the R2 Builders Club, which is a sister organization to the 501st. He pitched the idea to the group that he wanted a full-sized R2 unit for his ailing daughter, painted pink and with the designation "R2-KT (pronounced Katie). An unprecedented outpouring of support and donations came forth. Time, money and droid parts were donated to the project, and was headed by master droid builder Jerry Greene. Because Katie's time was short, the finished droid would not reach her in time. Another R2 Builders Club member named Andy Schwartz painstakingly repainted his R2 unit with pink paneling and shipped it to Albin Johnson's home in April, 2005 to guarantee that Katie would have a droid to enjoy in the time she had left. The little droid did indeed stand vigil over Katie until she gave in to her fight with cancer in August, 2005.

The "real" R2-KT was finished and activated 11 months after Katie's passing and was presented to her father on July 8, 2006 at a Star Trek convention in Baltimore, MD. Since then, R2-KT has been involved with in all sorts of world-reknowned events and charity work, including Make-A-Wish, Toys for Tots, Palmetto Children's Hospital (where Katie was treated), and most recently Celebration IV and SDCC. At Celebration IV in early 2007, LucasFilm and Hasbro revealed that R2-KT was now officially part of the Star Wars Expanded Universe mythos and Katie's memory would be honored by the release of the SDCC Exclusive R2-KT action figure as well as sizable donations ($100,000 from each) made to the Make A Wish Foundation.

In light of everything that lead up to the production of this figure, I sit here humbled. My usual Dennis Miller-esque wry humor has no room in this review. I am a cancer survivor since 1999, and I know what Katie went through with the battery of treatments she received. Mine was detected in time and was operable. Her's was not. Also as a parent, I cannot even begin to imagine what Albin and his family went through watching this sweet little girl fight for her life and know that there was nothing they could do to stop it. My review of Katie's plucky little droid is as much a tribute to her as it is a tribute to George Lucas and Hasbro for celebrating her final wish.

R2-KT is perhaps the most unique and special EU product to come from Hasbro in years. The pink and white astromech can proudly take its place in the same "tribute" category as Ralph McQuarrie's Concept figures. Sculptwise, KT is the same mold used for R4-K5, R4-P17, Comic Pack R2-D2 and R4-G9...with the center leg retracting up into the body by twisting the head counterclockwise. Head dome, body and legs are flawless with no post-production warping or assembly mistakes. Hasbro's QC people really outdid themselves with this limited run of figures.

The paint app is where this droid really shines. Aside from the simple repainting of the droid's paneling, the backside of the droid is the real treat. Emblazoned across the droid's back panel is a dedication plaque that states "In Loving Memory of Katie Johnson" with modified versions of the Imperial and Rebellion logos on each side of it. The Imperial logo is modified with a paisley flower at its center instead of the usual 6-spoked wheel, while the Rebel logo has been reworked to look like a blooming rose bud. And down on the rear of the droid's right motor box is another Imperial logo that has a heart in the center with the simply initials "KJ". I found it kind of funny in a sweet kind of way that these logos have been placed like a lower-back tattoo and an ankle tattoo, denoting that R2-KT is supposed to have a female personality.

R2-KT even comes with accessories! A limited-edition 501st trading card with the droid on one side and a brief history of how KT came into being on the reverse side. An awesome little addition! The packaging itself is a window-box style card with a description of Katie and KT on the back...all with an overall pink and black color scheme.

R2-KT is one of those figures that collectors are either going to go to great lengths to get or shy away from due to a sense of morbidity. I say get her as part of your collection. If for no other reason than the fact that a portion of your purchase will be donated to Make-A-Wish. How can you argue with a good deed such as that?

Here she is flirting with all the boys...

May the Force be with you, Katie... 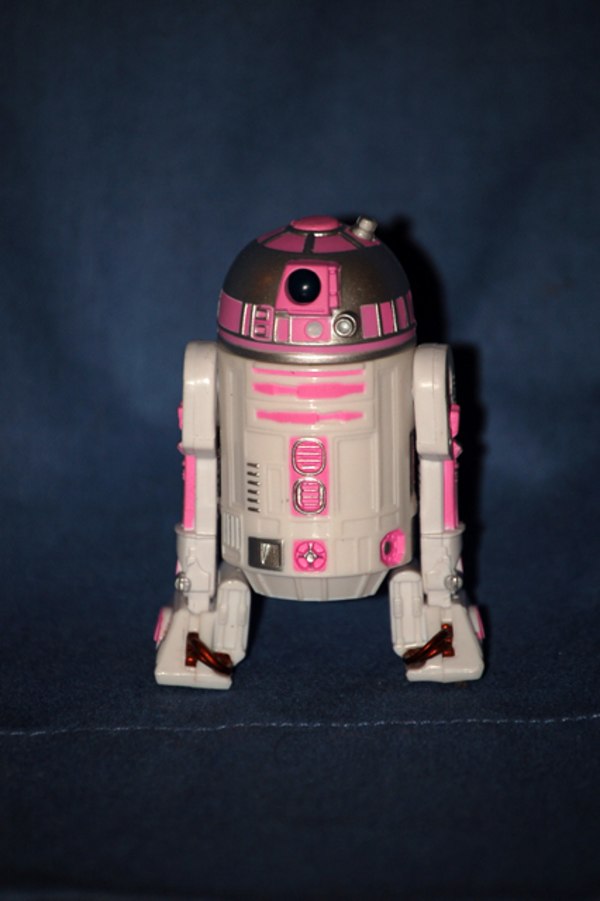 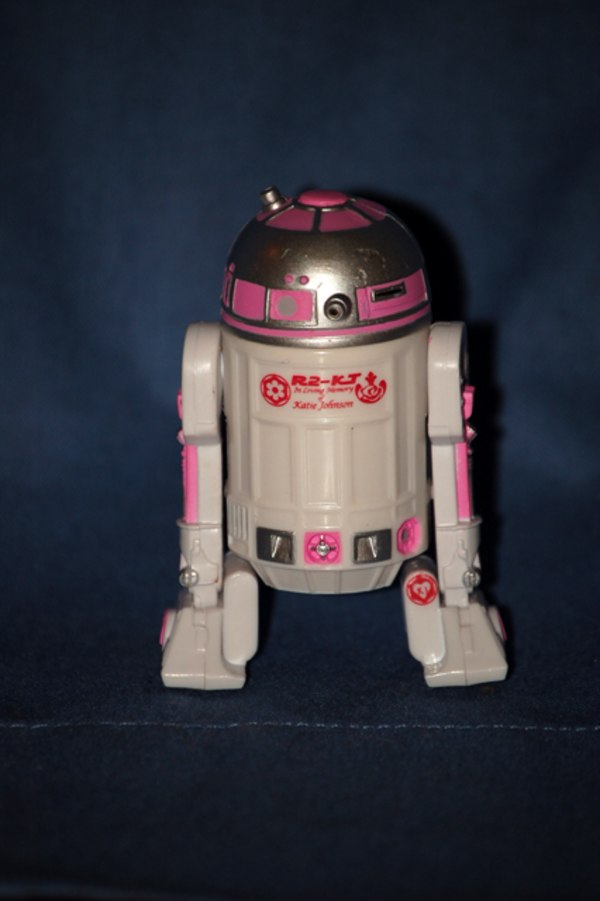 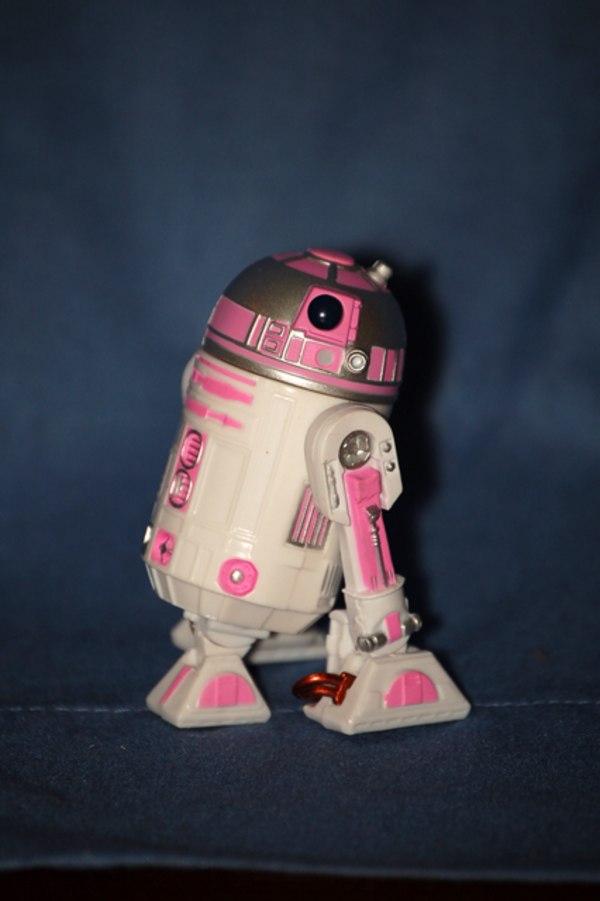 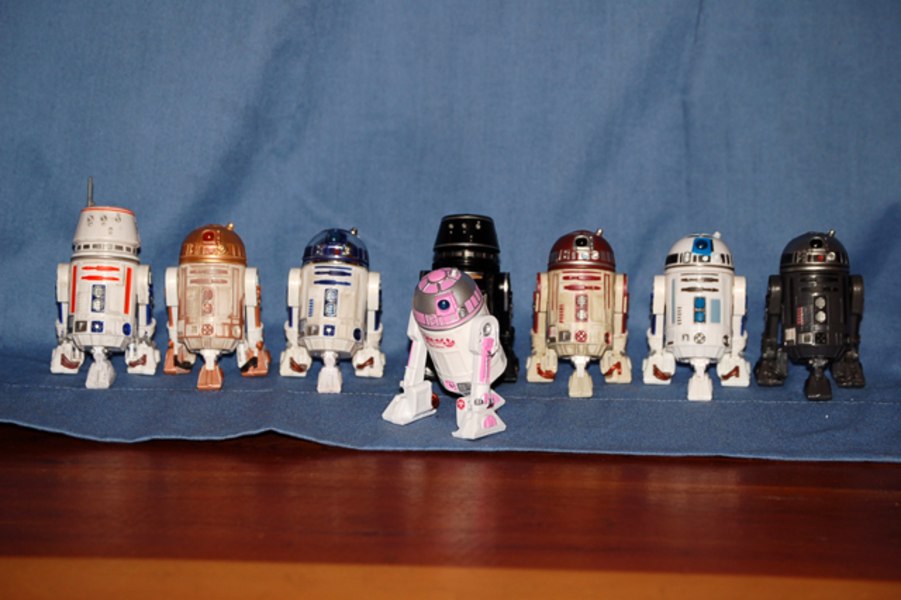 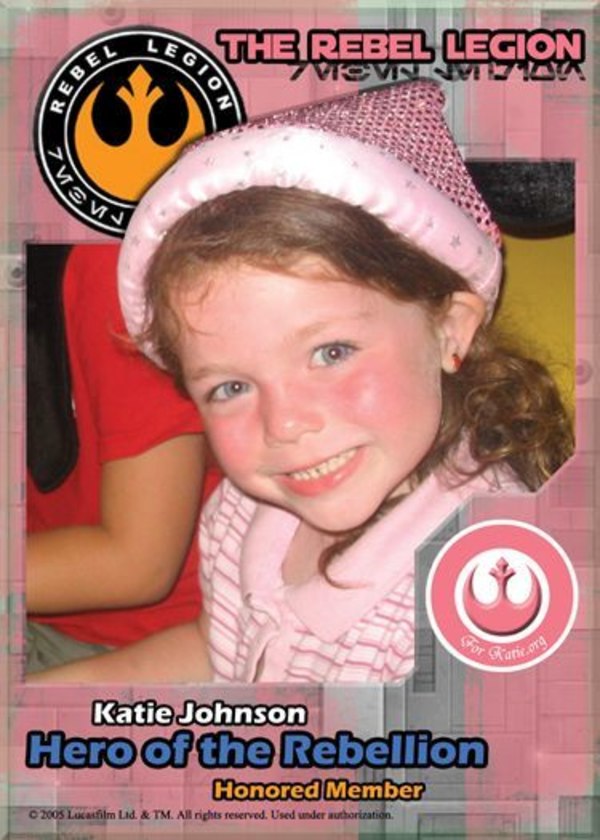 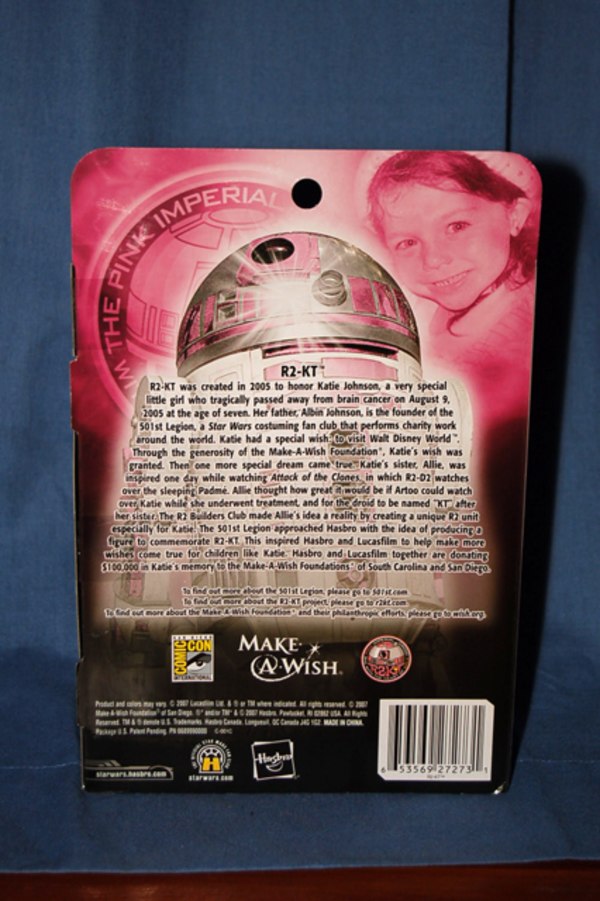 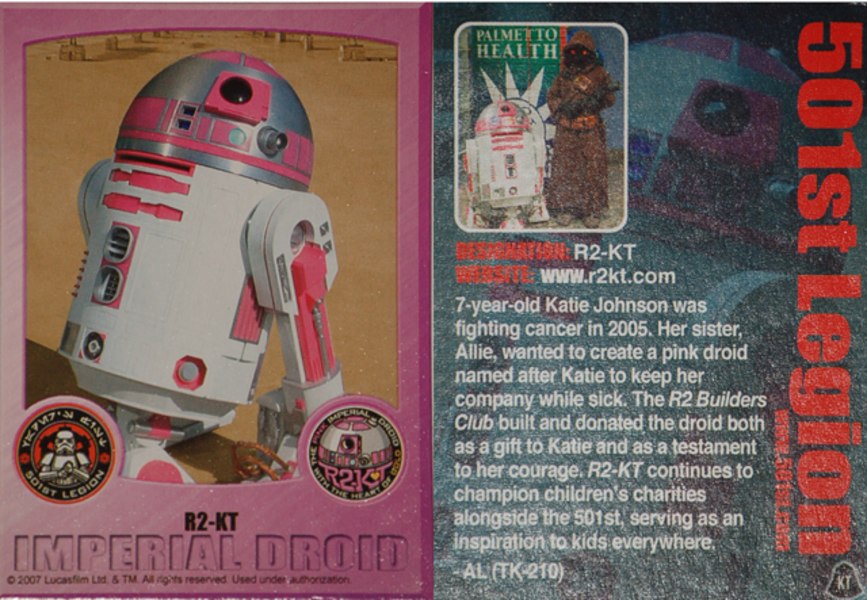 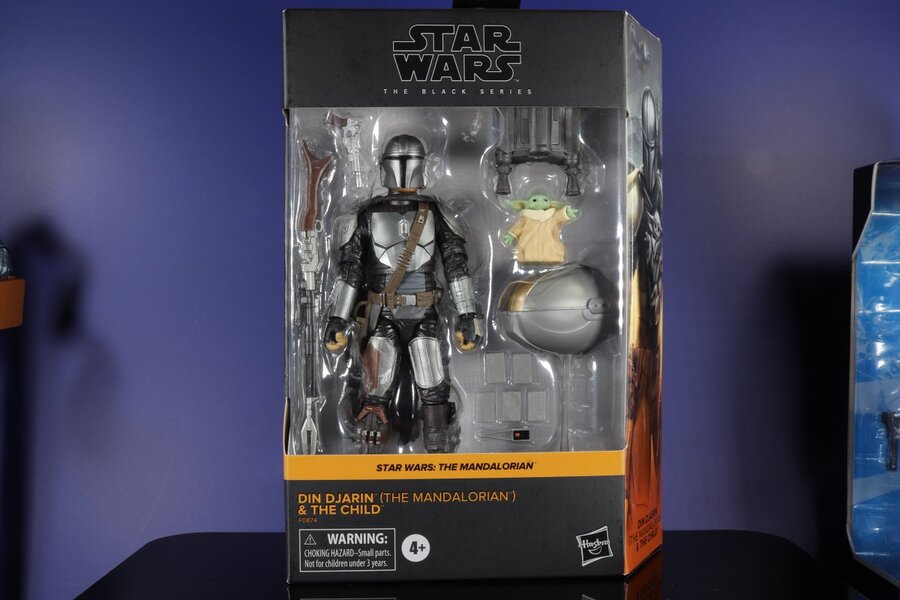 Jedi Insider Star Wars Photo Of The Day: "The Apprentice" By Shooting The Galaxy 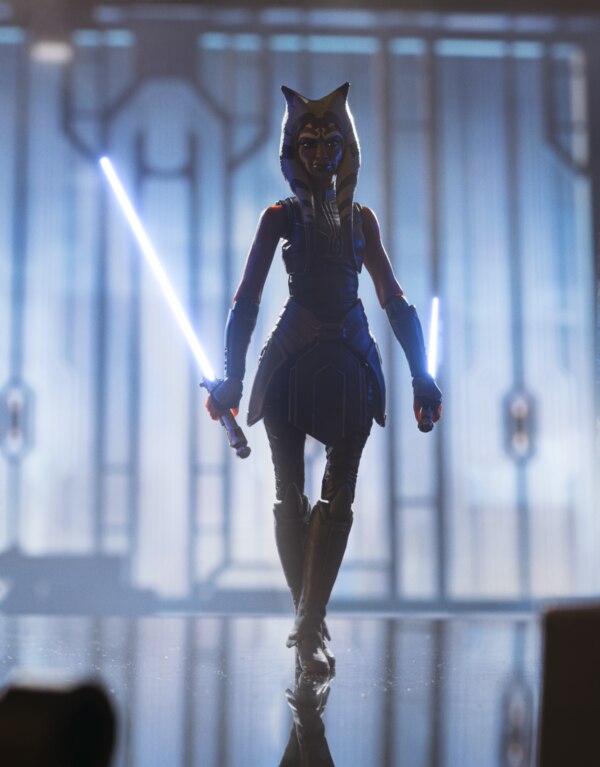 Jedi Insider Star Wars Photo Of The Day: "The Jedi" By AJG230 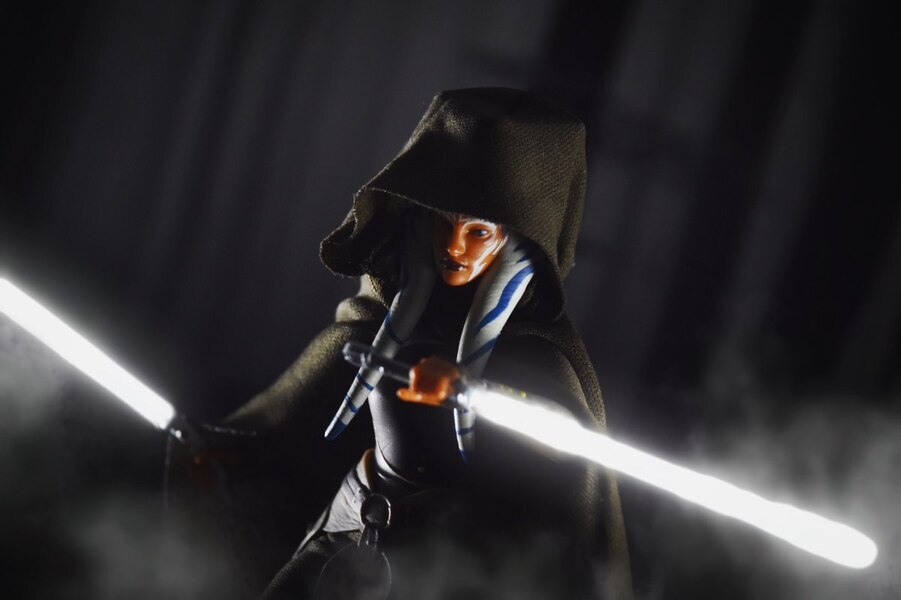 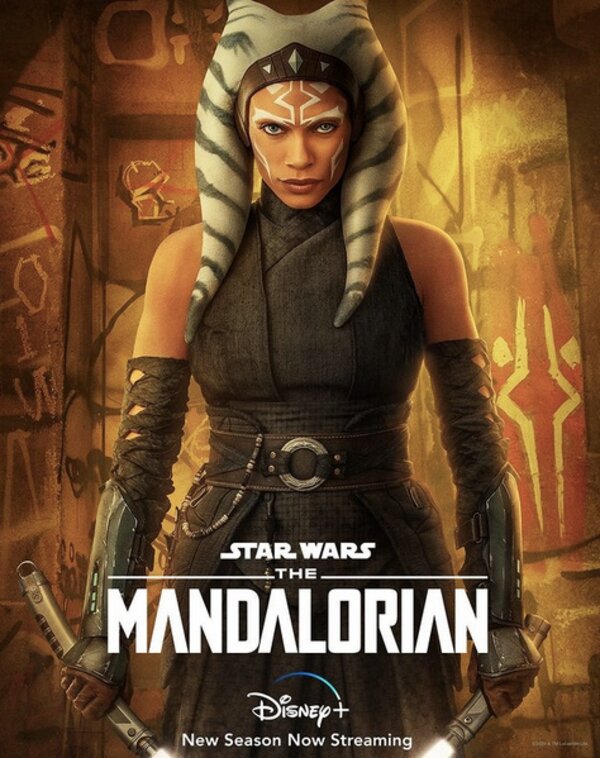 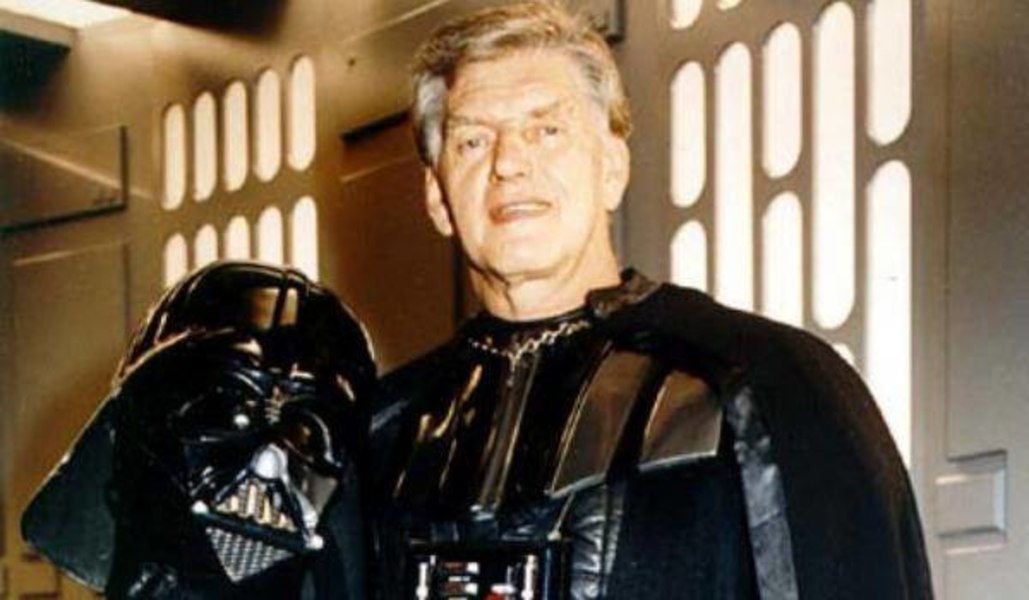 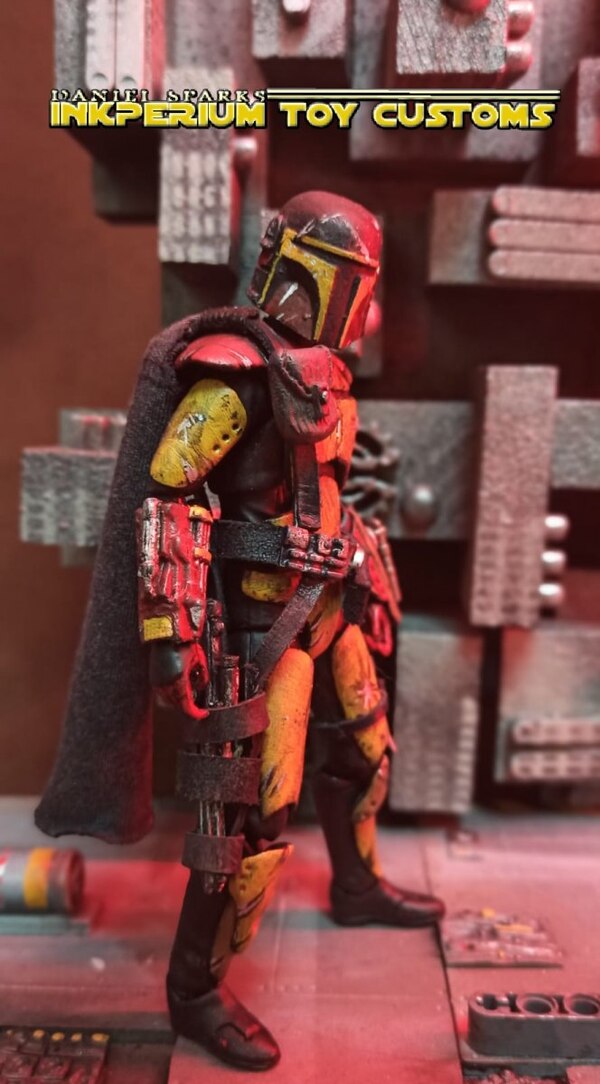