Today's review is covering "Deleted Scene" Biggs Darklighter. This figure is from a scene at the beginning of ANH where Luke sees the capture of the Tantive IV through his electrobinoculars...then races to Tosche Station to tell his friends about it. When he arrives at the power distribution station, he finds his old friend Biggs there, dressed in an Imperial dress uniform (since when was THIS outfit considered Imperial dress blues?!). He then carts everyone outside to see the space battle taking place in Tatooine's upper orbit. Biggs ridicules Luke by telling him that what he saw was just a star cruiser refueling another ship. Once everyone goes back inside, Biggs then tells Luke that he is defecting off of his ship, the Rand Ecliptic, to join the Rebellion. However, Lucas thought that this scene had very little bearing on the overall plot and was left on the cutting room floor for the past 30 years. Which is a shame, because the actress who played Camie (the actress's name was Koo Stark) in that scene was actually REALLY hot...even by today's standards! Thus, the scene in the Yavin hanger bay was sufficient enough to establish that Biggs and Luke knew each other from Tatooine.

Yet, here we have Biggs from the aforementioned scene nonetheless...

As I said before, Biggs is dressed in what has been referred to as an Imperial Dress Uniform. Rust-brown pants, beige boots, blue crew-neck shirt, white belt with tarnished brass buckle, white bomber jacket and black Vaderesque cape. Um...yeah. wtf.gif The paint app on this straight-out-of-the-mid-70's getup is actually very well done. There is no sloppy overlap where the boots and pants legs meet, and the red rank strip on the jacket is crispy painted. The belt buckle is also painted in such a way as to simulate unpolished brass. I'm not certain if this is actually part of the paint app, but there are black "stains" on areas of the white jacket where the cape lays on it. It may actually be where the dye from the cape has bled onto the white plastic. Either way, it gives his uniform that same "used universe" look that Lucas loves.

Articulation-wise, Biggs shares the exact same design as Moisture Farmer Luke. His upper half is extremely articulated with ball-socket joints in the neck, shoulders, and elbows. He also has swivel joints in the wrists and straight-cut joints in the hips. But the rest of his legs are completely unposable. This lack of articulation doesn't necessarily detract from the figure much, mainly because this version of Biggs isn't really well known to younger fans nor do older collectors consider anything from this deleted scene as being pivotal to their collections.

The accessories that Biggs comes with are scarce at best. The blaster pistol he comes with is actually a modified GI Joe 9mm pistol with an oversized "Star Warsy" scope molded to the top of it. I think the model of blaster is SUPPOSED to be an SE 14-C Blaster Pistol (the same one that is seen being held by a Stormtrooper in some production stills and on the front of the coin album). But the fact that we're starting to see GI Joe weapons being recycled into the Star Wars line is kind of cheap on Hasbro's part, IMHO. Star Wars weapons have always had enough of a distinctive look to them that they couldn't be lumped in with "real-life" weaponry. I guess that's about to go out the window. It'll be just a matter of time before we start seeing Storm Shadow's katanas repackaged as "Cortosis Blades". icon_rolleyes.gif

This Biggs isn't a bad figure...not by a long shot. I just don't see him as a high-priority figure, is all. If you actually play with your figures or like to create dioramas, as I do...then I can definitely see him being used as a background character in a cantina scene or someone walking around the streets of Mos Eisley or Corellia. He's not an army builder, nor is he a major character...however, he seems to sell pretty quick. If you come across this version of Biggs, grab him up...if for no other reason but to say that you have a figure from a scene that was never shown in Episode IV.

I give Deleted Scene Biggs Darklighter 4 Death Stars.
Image 1 of 4 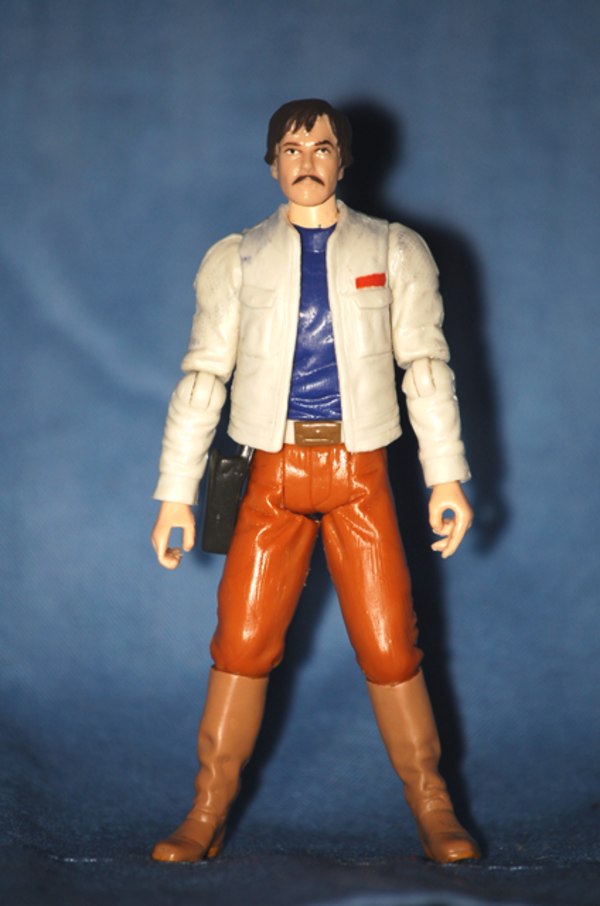 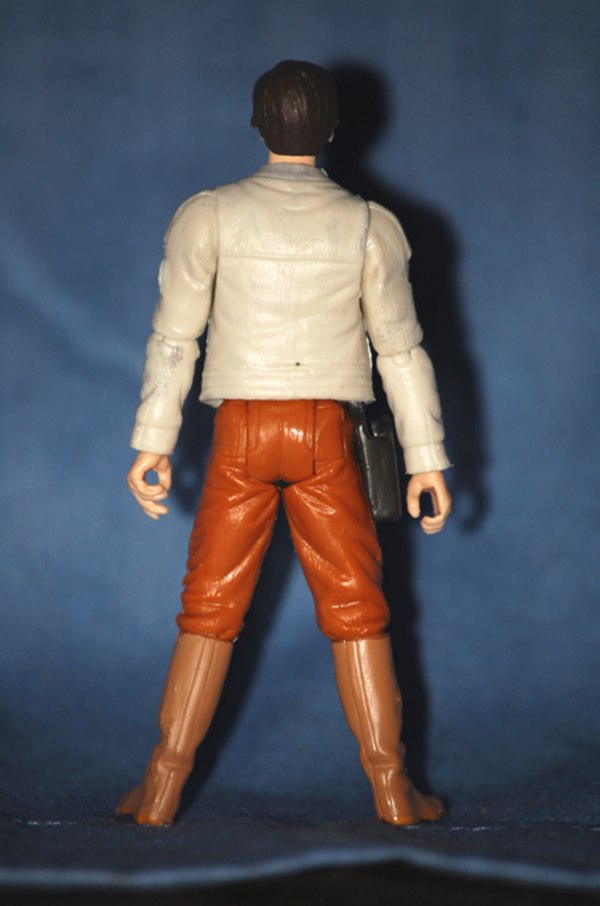 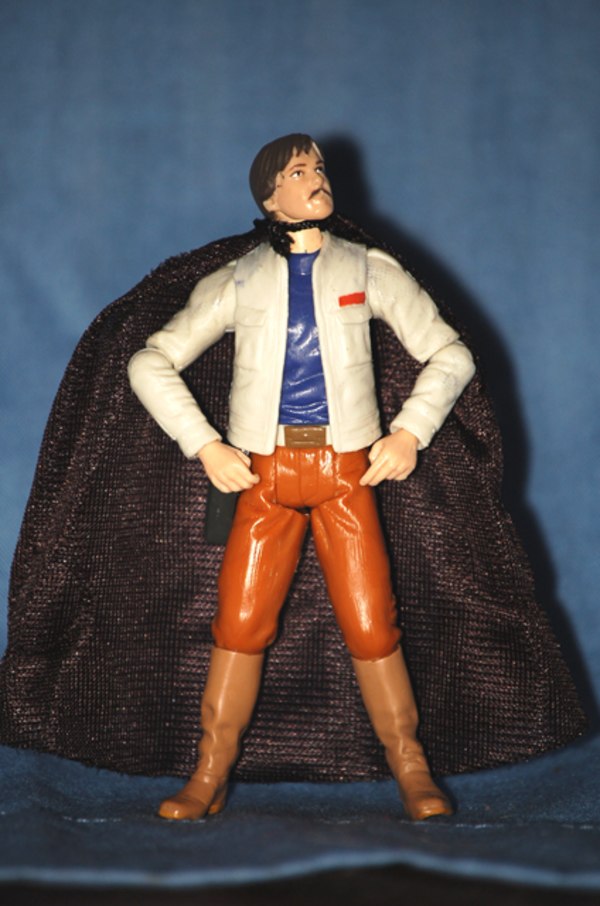 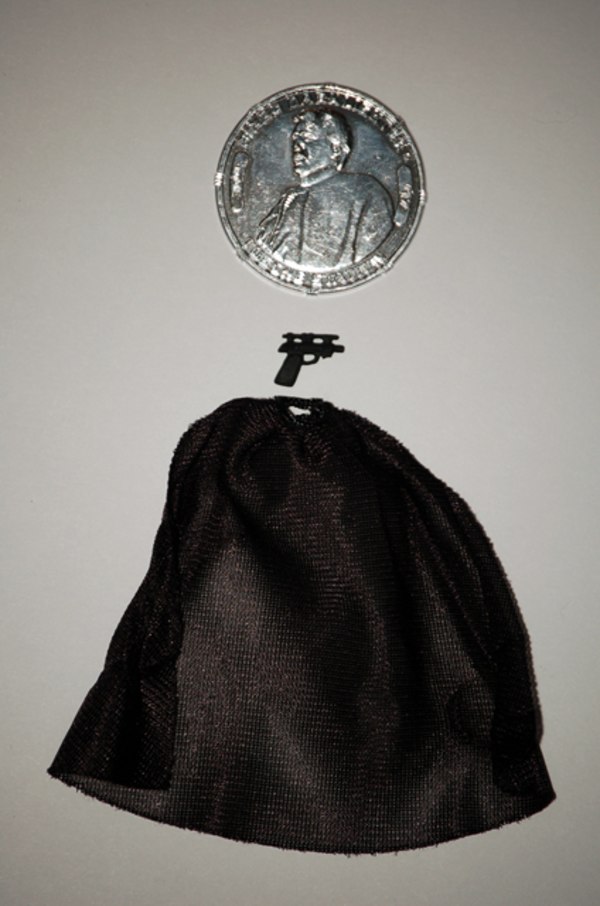