Bespin refugee - June 20, 2007
(reviewer's note: due to unforeseen problems between Windows Vista and my firewall, I have been unable to upload pics for the past several weeks, so these reviews are somewhat backlogged. However, I hope you enjoy nonetheless. ----Whitewolf)

Here it is...finally! The legendary Wave 3 (not to be confused with Legends Wave 1). The further into the Anniversary Collection we get, the better the figures seem to get, IMHO. Today's review is on "Moisture Farmer" Luke...a figure that I was---at first---only wanting to get ahold of for the kick-butt accessory. But now that I've had a chance to see this Luke up close and personal, I'm actually liking him quite a bit...

The first thing that struck me about this figure wasn't the figure at all. It was how the brains at Hasbro figured out a way to stuff an 8.5" moisture vaporator into a Basic Assortment figure card...and they did it quite well. What's funny is that Luke is positioned next to the vaporator with his arm around one of the chiller bars like he's holding on to it for dear life! Once everything was removed from the package and assembled, I thought that it should have been called Moisture Vaporator (with Luke Skywalker) instead of vice-versa. The thing completely dominates the figure it comes with, in terms of size (see photo below).

Luke himself is one of those figures I was fully prepared to hate, based on early hi-res pics I had seen, but once I got him out of the package, I found him to be a really nice figure. Not the most articulated figure in the lot, but nice nonetheless. He seems to be half Vintage-style/half pre-2002 era. His upper half is very articulated, with ball-socket joints in the neck, shoulders, and elbows; also sporting swivel joints in the wrists and torso. The bottom half, however, is poorly articulated with only two straight-cut joints in the hips. But in spite of the "stiff-leggedness" he suffers from, Luke is really a decent figure. The "wind-swept" hair is something that a few collectors have balked at, but we have to keep in mind that this figure is meant to be scene-specific. He would be perfect for sitting in his Landspeeder, since the mussed-up hair gives the effect that he's in motion. The head sculpt is a slight modification of the VOTC/VTSC Luke head...complete with its trademark buck teeth. If you wish to swap out this head with one of the vintage-style Luke heads, feel free. The paint app is clean and very well done. So well in fact, that you can actually see the blue in Luke's eyes. His boots have a tad too much brown on them, making them seem like he's been walking knee-deep in mud instead of the dust storms around the Lars Homestead. Besides that, there's very little that Hasbro did wrong on the paint scheme.

As with most all Luke figures from last year's VTSC and the TAC line, our favorite whiny moisture farmer comes with DARTH VADER'S LIGHTSABER...yet again. It fits into a small hole on Luke's hip, just under the belt. Has no one at Hasbro caught this error yet? Anyone? Anyone? Bueller? Bueller? All I can figure is that Hasbro must have produced millions of these deactivated lightsaber hilts during the much-hyped ROTS production run and will continue using them ad nauseum until they finally run out of them circa 2286. Besides that, he also comes with the correct Anakin/Luke lightsaber.

Luke comes with more of a mini-diorama than accessories...something I hope we continue to see in future TAC waves (I know that Bespin Han will include a similar large-scale torture rack in Wave 5).

All in all, Moisture Farmer Luke is a nice addition to anyone's collection, even if it is only for the Vaporator accessory. If we someday see this figure's upper torso kitbashed with VOTC Luke's legs, we'd have the definitive Tatooine Luke. Aside from his legs being somewhat on the unarticulated side, I can't really say anything bad about the figure...

I give Moisture Farmer Luke Skywalker 4 Death Stars.
Image 1 of 5 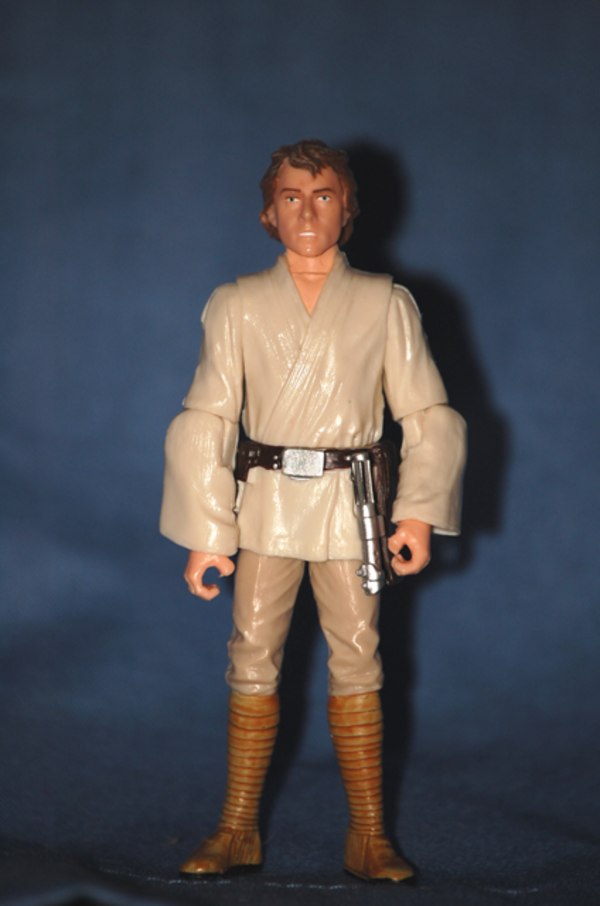 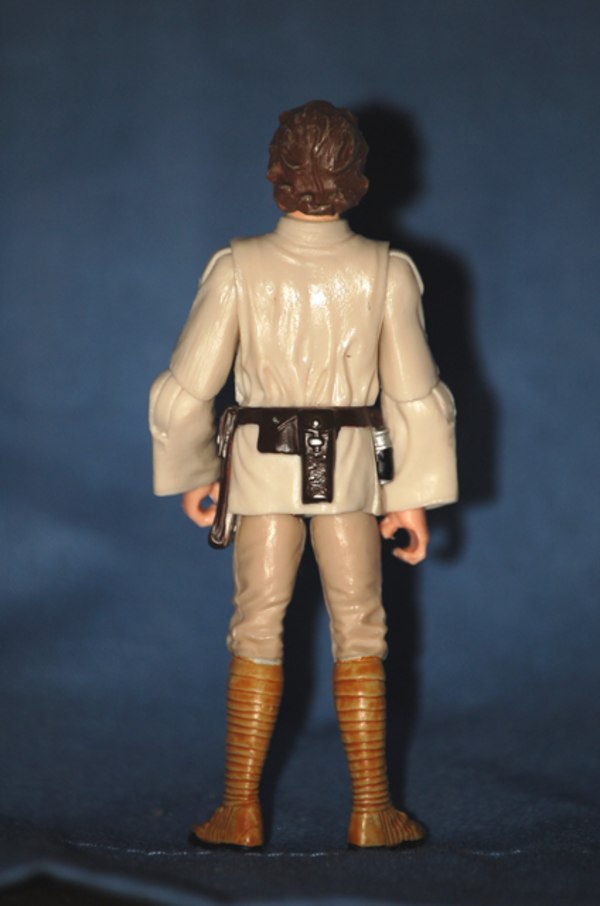 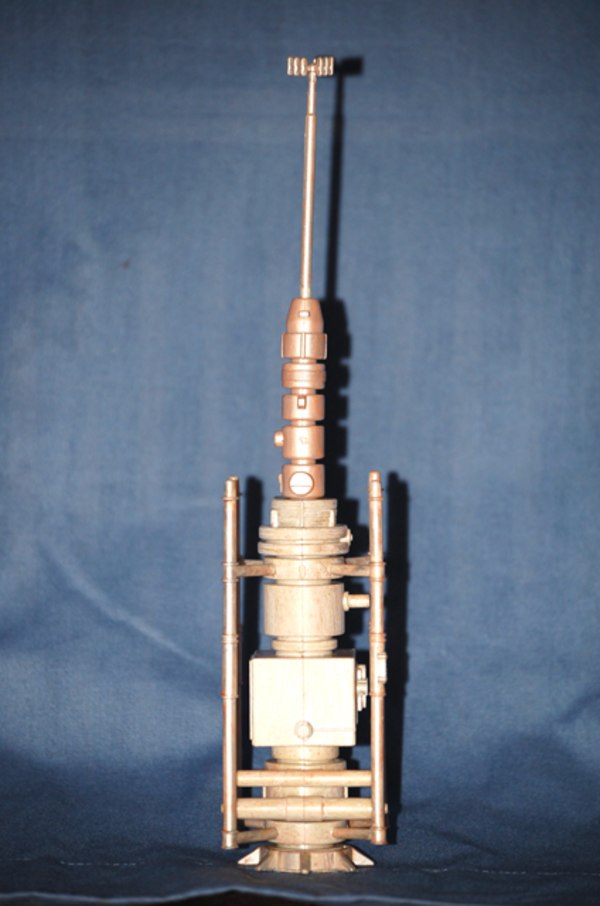 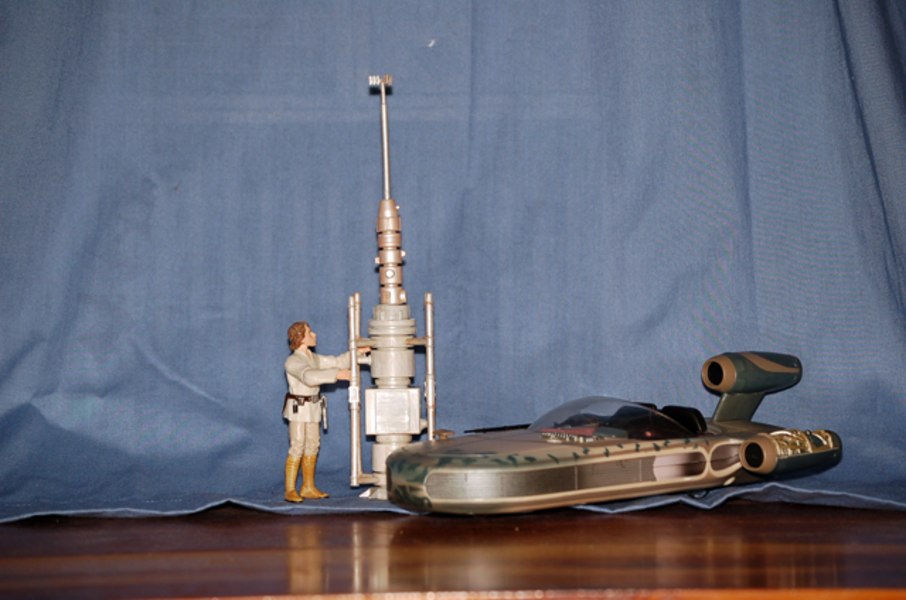 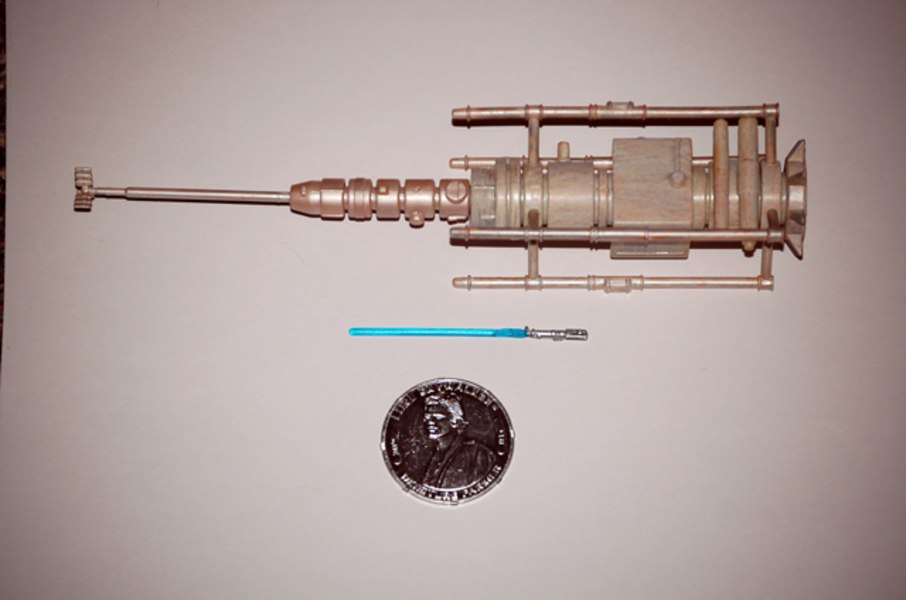