Did you ever come across a figure that you tried to absolutely love, but because of some insignificant "something," you ended up just hating it? Nearly everything about the figure was perfect...great articulation...masterpiece-level paint app...awesome accessories...it was all there. Except for that certain small imperfection that ruined it for you. Well, I found myself in that exact quandary with the new TAC Ceremonial Luke.

Contrary to popular belief, this is NOT a rehash of the Ceremonial Luke that was part of the ill-fated Princess Leia Collection a decade ago. No, friends and neighbors, this is indeed a brand new super-articulated sculpt. 7 ball-socket joints (neck, shoulders, elbow, and knees), swiveling wrists and torso, and 2 straight-cut joints in the hips now allow Luke to do warm-up exercises before making that 200-yard march to get his medal. Pretty nifty, huh? The figure comes with a yellow rubberized vest over a black undershirt, and the arms are also molded in yellow to give the illusion of a long-sleeve jacket. Interestingly, he is wearing a pair of Han's brown pants with yellow Corellian bloodstripes. Luke must have raided one of Han's clothes lockers aboard the Falcon after returning to Yavin 4. The belt and holster are of a completely new design, with a fairly small ring-like clip into which his DL-22 blaster pistol fits. Once again, Hasbro has made the strange move of including Darth Vader's deactivated lightsaber hilt on a Luke Skywalker figure. Check your research, guys! But like Han Solo's comlink, Luke's lightsaber is superglued onto the belt with no way of removing it without messing something up. I guess Hasbro figured that this would be a good way of keeping track of small accessories. But again (like Han Solo), I was unable to get a complete accessory photo because of it.

So what is the problem with this figure, you ask? Sounds like a bang-up job on Hasbro's behalf, if we overlook the lightsaber, right? Well...look into his eyes...

Creeped out yet? When I first examined Luke's face, it reminded me of the weird twins from The Great Outdoors. This in no way resembles Mark Hamill at all. And the fact that the figure's face has no eyebrows just enhances the creepy blank stare. Sojme would argue that his eyebrows are simply hidden under the classic 70's hair helmet he's sporting, but I almost think that Hasbro simply didn't paint them where they are supposed to be. As a saving grace, the rest of the paint app is flawless. Can't win 'em all, I suppose...

Ceremonial Luke comes with a few accessories, although one is perma-glued to his belt:

Hasbro had so many things right with this figure, and ruined them by sticking what seems to be an unfinished head on top of it. As I said...sometimes its the small things that completely wreck our opinions of things. I will never tell anyone to not go out and buy a figure, simply because I do not find it appealing. But I will throw out a "buyer beware" vibe. A simple head swap with the VOTC or VTSC Luke would likely fix my loathing of this figure, but as it stands, I feel like Hasbro missed the mark.
Image 1 of 4 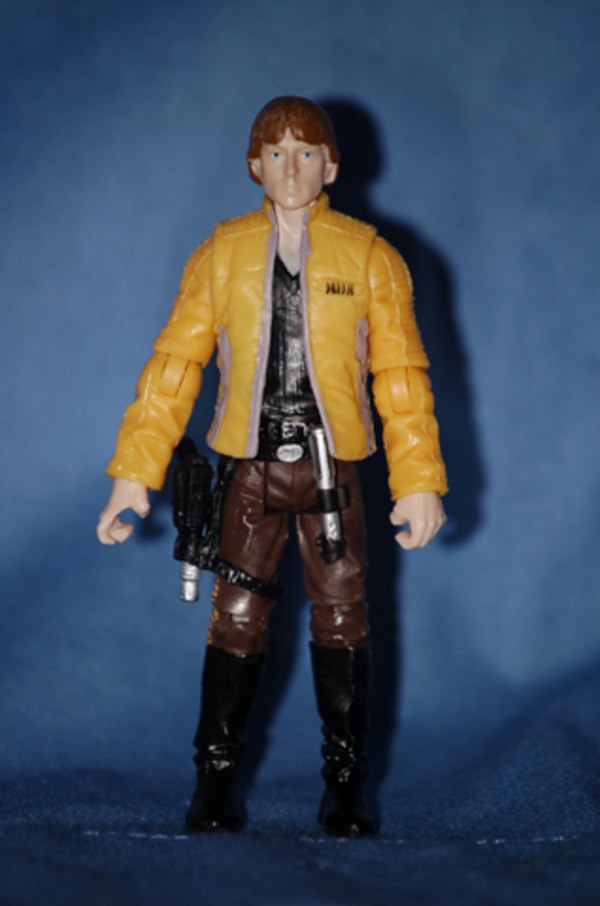 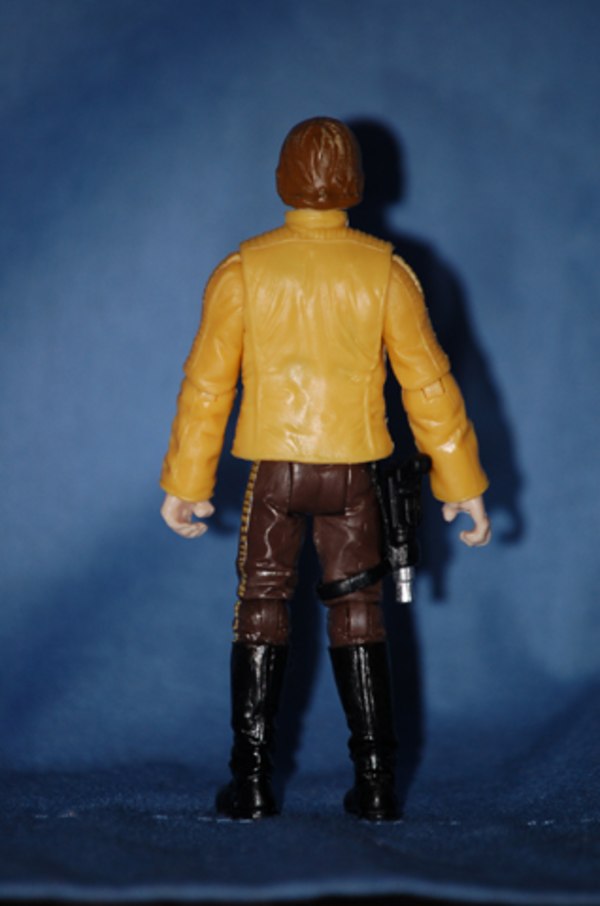 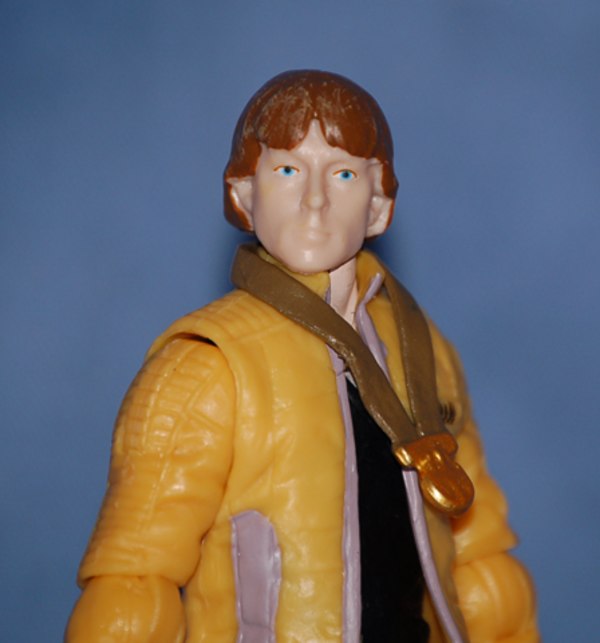 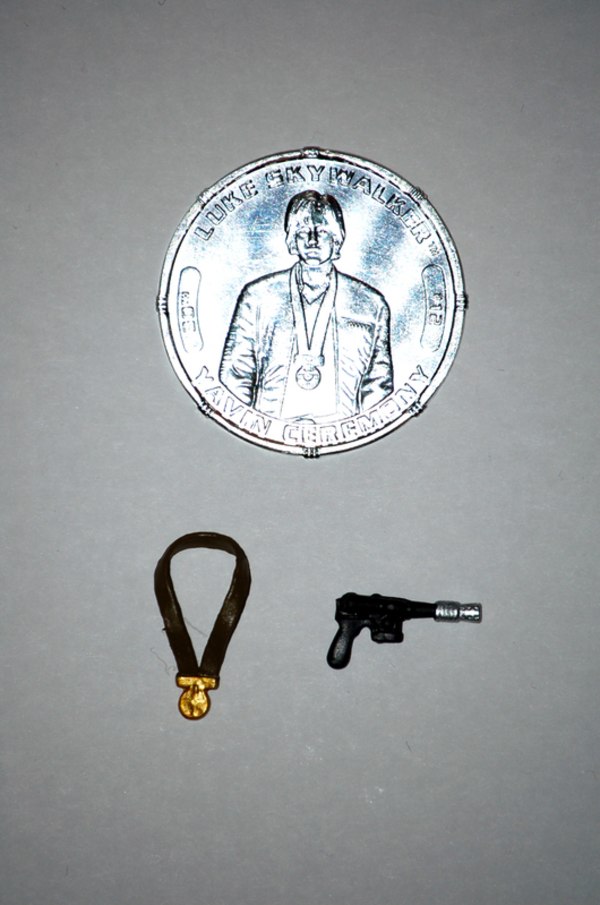