Bespin refugee - April 12, 2007
Seeing as how the Mustafarians had a grand total of 27 seconds of screen time in ROTS, I thought I would share a bit of background on this fascinating species before I begin my review on the latest 30th Anniversary figure...which is the Mustafar Lava Miner.

The title Mustafarian applies to two subspecies of the same genus native to the planet Mustafar in the Outer Rim Territories; a world of molten lava rivers, active volcanoes, and jagged rocky landmasses. Both subspecies are hard-shelled arthropods with large insectoid eyes and long snouts, and evolved in the cooled underground tunnels of their world. They are closely related to the Kubaz from the Kubindi system. Their chitinous exoskeletons lie in plates over their leathery skin, protecting them from the intense heat that they encounter from day to day on Mustafar.

The Mustafar Lava Miner belongs to the smaller Southern Mustafarian subspecies, which are more sturdy and hardy than their Northern cousins. They do most of the "heavy lifting," or physically demanding jobs in Mustafar's lava mining operations. This shorter subspecies can withstand higher temperatures than the Northern Mustafarians; and since they spend much more time on the surface of the planet, they wear armor and breath masks to protect themselves from the intense heat. The Lava Miners handle the massive harvesting platforms, skimming the surface of the lava rivers for alloys with long, pole-mounted cauldrons.

Got all that? Good...now enough of the xenobiology lesson and onto the review.

When I first looked at the Lava Miner in his packaging, I honestly thought that this was going to be a throwback to the old Episode I figures, which suffered from overly dramatized "action poses" like the modern Unleashed cra---er, I mean mini-statues. Once removed from his confines, I was pleasantly surprised to find that ol' tubby has quite a few ball-socket joints: 9 altogether...along with swiveling forearms and 3 standard straight-cut joints. Not bad for a character that served little more than background dressing for Anakin's and Obi-Wan's final duel! That's not to say that the figure is worthy of the ranks of the Vintage or super-articulated figures completely. Far from it. You see, although the Lava Miner is technically super-articulated, his hips are positioned in an extremely awkward way that renders him unable to stand upright. Instead, his knees must be bent at about a 30 degree angle in order for both feet to stand flat on a surface. The result leaves him standing in a pose that bears a striking similarity to an old 80's Masters of the Universe figure. And the armor getup that he's wearing strangely fits into that genre of action figures as well...but I won't go there...

The paint app on the Lava Miner is one of the nicest I've seen thus far in the TAC line. The armor plates are a burnished gold color, with scorch marks and mottling across them that denote prolonged exposure to intense heat. This is a highly accurate depiction that Hasbro got right from the get-go. The boots, kneepads and codpiece also have layered volcanic ash on them, adding yet another extra level of detail that shows these Mustafarians working in an ash-choked atmosphere of toxic gases.

The elaborate rebreather unit that hangs from the front of the helmet is a bit odd in the respect that the tubes and hoses do not actually plung into the torso anyplace, but appear as though they should. I suppose it was deliberately left this way to allow a full range of movement for the ball-socketed head/neck, but it still looks rather strange when the figure is put into a pose looking upward. Not something that ruins the figure for me, but it IS something that has been successfully done in other figures, such as the AT-AT Driver and TIE Pilot.

The Mustafar Lava Miner comes with the least number of accessories of any figure in the 30th Anniversary line thus far:

Inside the smelting pot, there is a round plastic piece molded to look like lava containing metal ingots, with a orange and red paint scheme. But to be quite honest, it looks more like a gigantic mug of hot cocoa with marshmallows floating in it. But that's just me... The mining pole is a neat design, incorporating a rifle-like stock and trigger system with a heavy-duty grasper claw at its tip. I could see someone causing a major case of hurt by using this in a melee combat situation. The claw is not movable or posable in any way. The smelting pot attaches to the claw by inserting tabs on the inner sides of the claw's graspers into holes on opposite sides of the pot itself. This was a minor disappointment (no pun intended), but I can see why practical considerations dictated this design for the accessories.

I was fully prepared to hate this figure when I first purchased it, but once I had a chance to really put it through its paces, I found it to be quite likable. Would I buy multiples of this figure? Absolutely not. But the Lava Miner is definitely a nice addition to anyone's collection. The odd leg posability is the only thing that sort of kills things for me so it loses a few points...but oh, can he dance!

I give the Mustafar Lava Miner 3 Death Stars.
Image 1 of 5 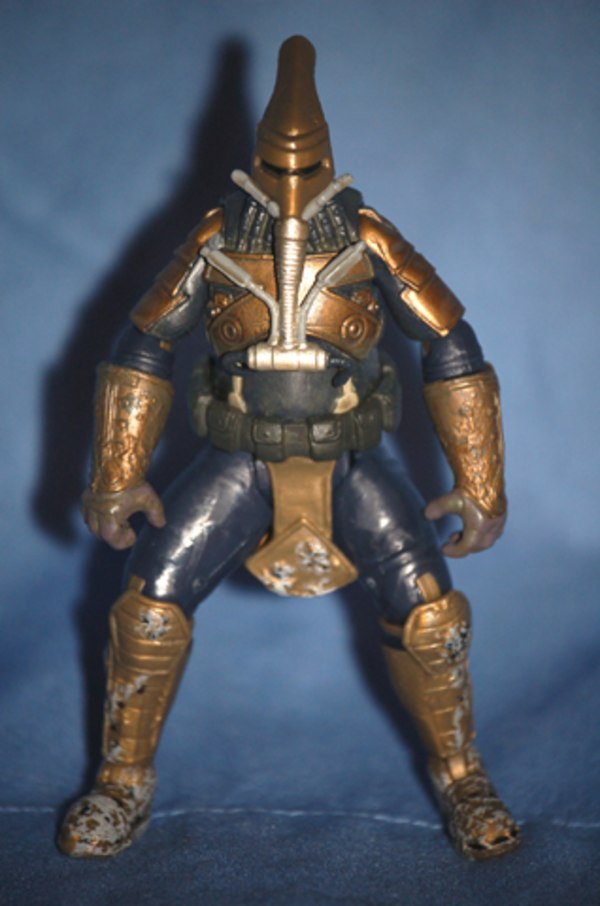 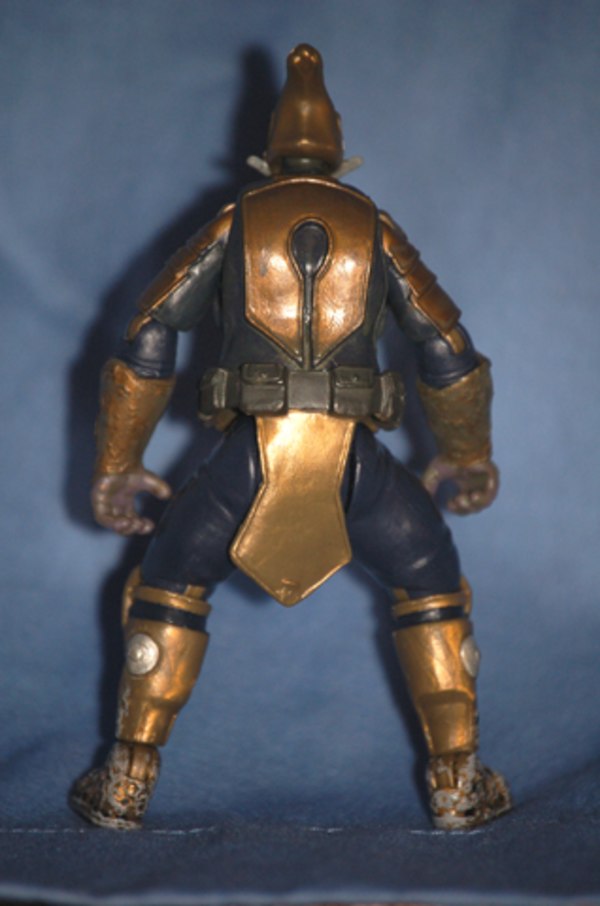 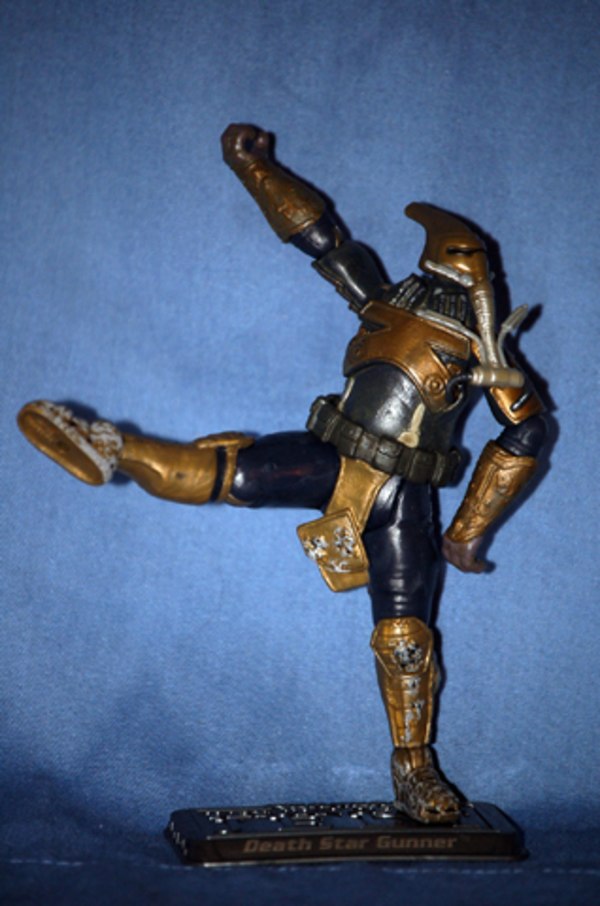 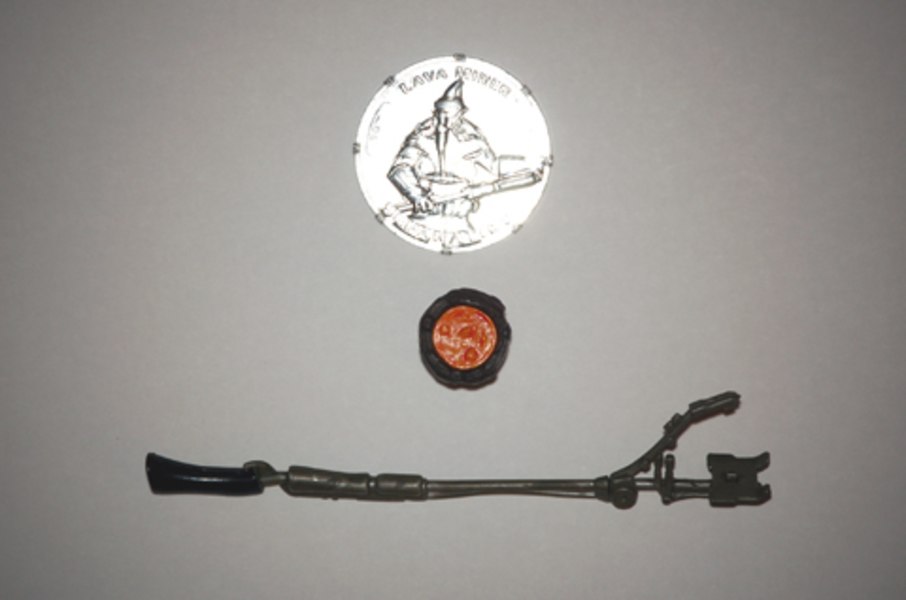 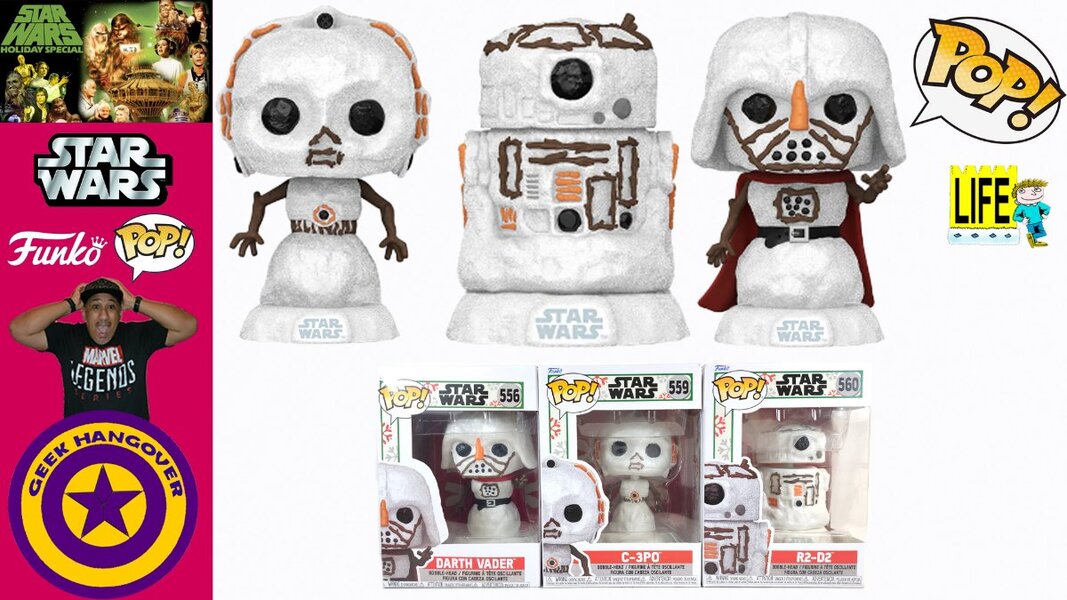