As much as I have grown tired of Clone Trooper figures, I actually DO like Cody's right-hand man for a few reasons. The overall sculpt of the Airborne Trooper seems to be either new or kitbashed from several previous clone releases. The figure obviously borrows many features from the super-articulated Clone Trooper with ball-socket joints in the neck, shoulders, elbows, knees and ankles, as well as swivel joints in the hips and wrists. Though the torso does not have the ball-socket joint, it is able to swivel from side to side.

The figure sports a rather unconventional set of gear in the respect that the waistcoat and ammo belt/chest padding are all one piece instead of two individual pieces like in past command-level clones. The standard-issue belt is part of the soft plastic waistcoat and is not molded onto the Airborne Trooper's waist, and is smaller than the belts found on older ROTS clones. This actually looks better since the blaster clips don't stick out so far. The trademark "bowleggedness" is present in this figure, which is something I have always disliked about Clone Troopers.

The paint app is exactly like Cody's in many respects, including the dual stripe motif across the various armor parts. Nothing says "I'm an elite Clone Trooper who can drop in behind enemy lines undetected like outfitting your armor with school-crossing-guard-day-glow-orange paint. Obviously the Seperatist droids could only see in the monochrome spectrum, so this was not really an issue to many of the clone battalions. But I digress...

The Airborne Trooper suffers from the same paint problem that Cody has: only the front of his armor is dirty. The backside of the figure is as spit-shined white as can be. Perhaps Hasbro was trying to be consistent with this figure's overall appearance, knowing that it had to at least resemble the other clones in Cody's cadre. Honestly this is the only other problem I have with this figure. And it does not ruin the figure by any means. A very strange thing I found was that the ball-joints in the ankles are molded in orange, rather than white (as can be seen in the rear-facing photo). I'm not certain if this is a production mistake or not, but I just found it odd.

The one thing that totally made this figure for me was the fact that he carries a rather stylish man-purse with three canisters on the strap, in which he carries his shaving cream, cologne, or other toiletries...

Here he is modeling his man-purse...and his catwalk strut is FIERCE!

The Airborne Trooper comes with the following accessories:

So overall, the Airborne Trooper isn't the worst Clone Trooper figure I've ever seen. I will admit that it's beginning to grow on me a bit. Again, another solid figure in the new TAC line and well worth picking up. What is a bit surprising about this figure as well as the Galactic Marine is that they are not short-packed. The McQuarrie figures are the near non-existant figures in these waves. Go figure... But that is definitely good news for anyone wishing to army build with this particular figure.

I give the Airborne Trooper 4 Death Stars.
Image 1 of 5 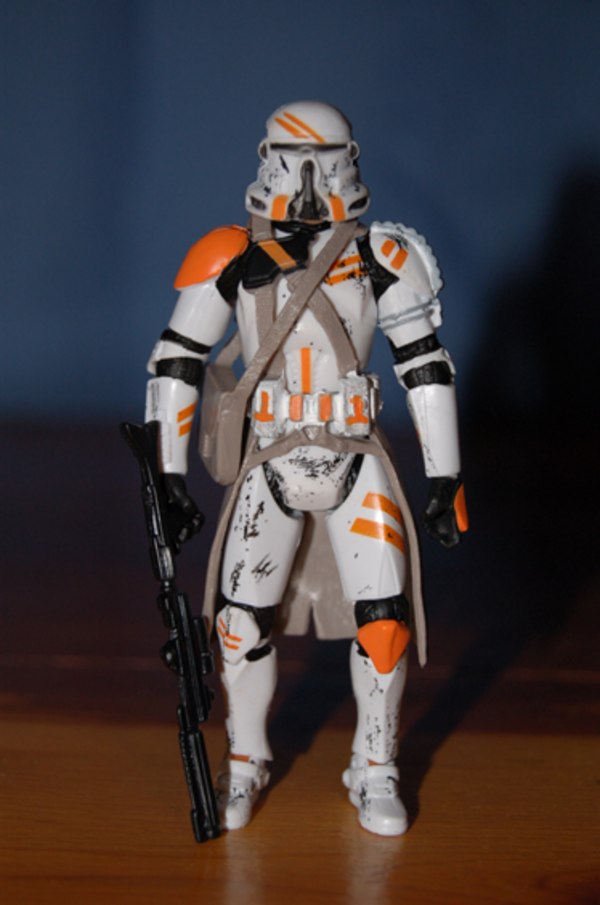 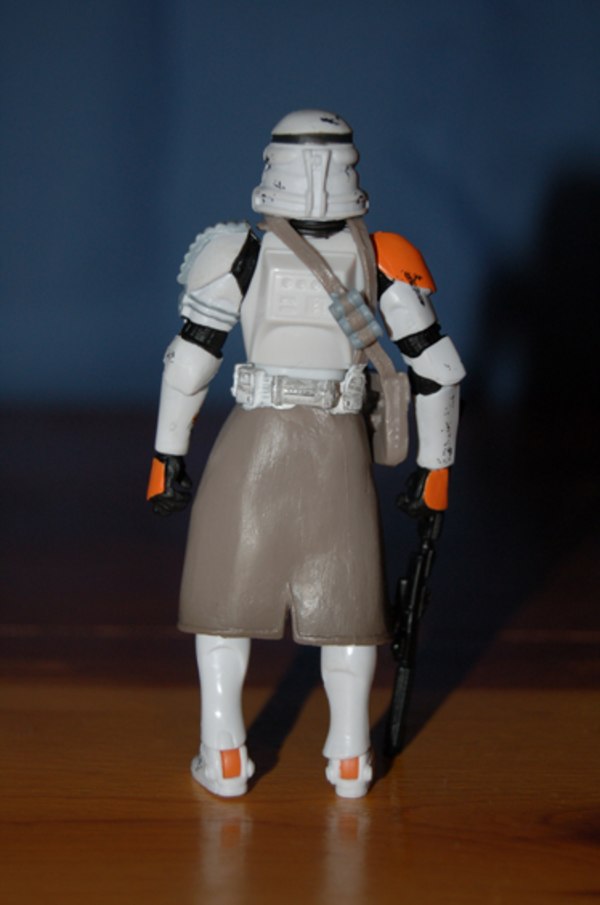 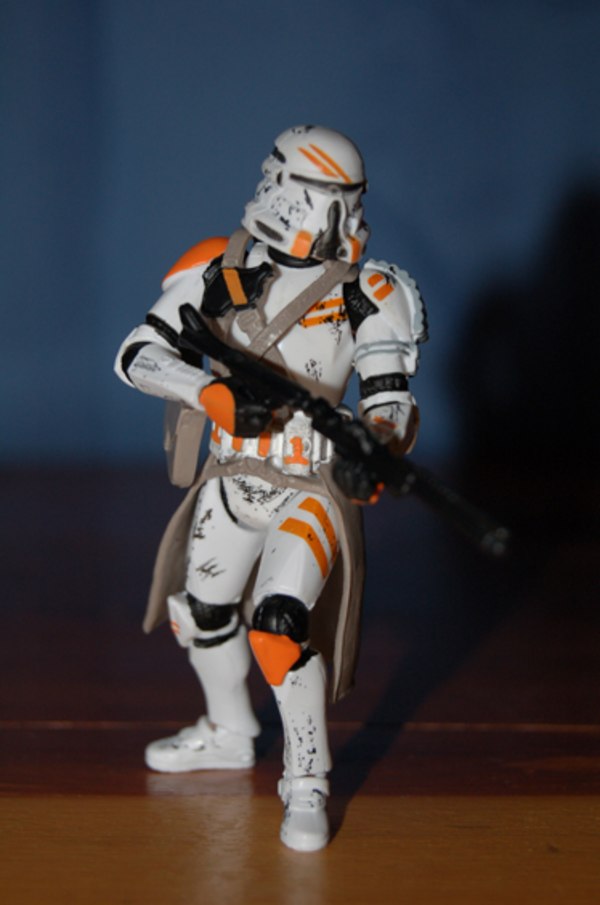 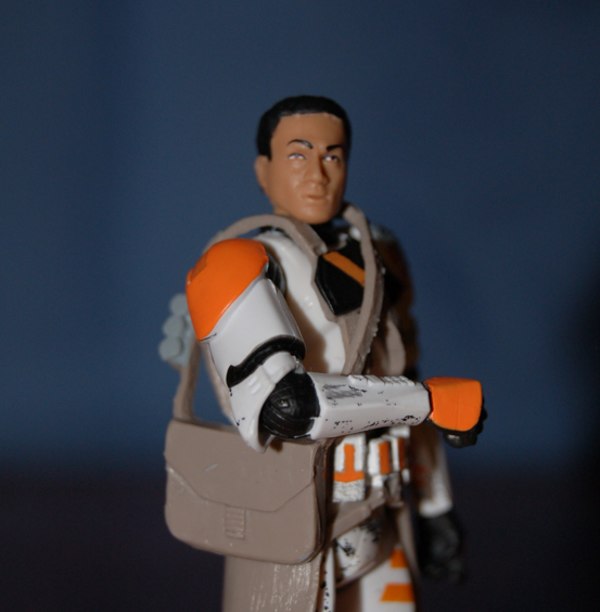 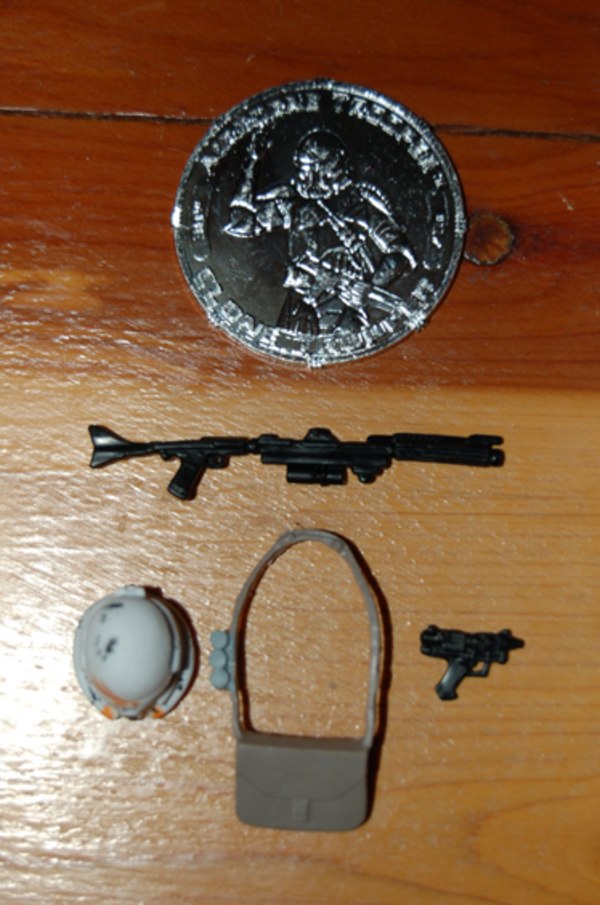