Bespin refugee - April 04, 2007
The 30th Anniversary Collection (TAC) is finally hitting retail, and I'm just as caught up in the "gotta have 'em all" mode as the rest of you. The first wave has been hitting my store in dribs and drabs, as we've only been getting one case per truck, as opposed to the Spaceballs-level of Spider-Man 3 merchandise we've been getting (anyone who gets that reference will receive a coupon for one free cookie. lol).

With the new collection, I'll be introducing a new rating system in my reviews. Death Stars will be used in number from 1 to 5. 1 Death Star means that it is a complete waste of plastic, while 5 Death Stars denote that it is a must-have figure and you are a compete weenie if you do not immediately go out and get it. With that said, I now return you to your review already in progress...

The first figure review I bring you from the Anniversary Collection is what I have nicknamed Oil-slick R2-D2.

This particular incarnation of everyone's favorite astromech droid has sort of left me on the fence. While I can't say that the figure is badly done, I can neither say that I like it because he seems for lack of a better term, unfinished. Granted, he comes with a truckload of accessories----which I'll list later in the review----and has a great gimmick associated with those accessories, but it is these very same items that also cause R2 to be not-quite-perfect.

R2's paint scheme is very clean, relatively speaking...considering he sports several oil splatters across his body and dome. The dome in particular is nicely painted with minute red and green detailing inside the large rectangular "processor indicator" near the back. The body and legs all have crisp blue and silver detailing, so no complaints there whatsoever. The only thing I don't really like is the yellow paint used to simulate reflected flames against the white portions of his body. It looks more like age-yellowing than the reflection of fire. I understand what Hasbro was going for, but the end result seems to fall flat a bit.

Now we come to the part that completely turned me off of this figure. Each leg sports a removable booster jet with attached "engine thrust" (on a side note: there are color variations of these parts, some molded in clear blue and others in clear purple). While I was relieved to see that Hasbro designed the legs to actually detach from these rather gimmicky accessories, I was disappointed to find that any"closed position" parts were not also included. What that leaves the figure with is an extremely noticable empty cutout, just below the silver "lugnut" at the top of each leg. This is what makes him seem like he is missing parts that should have been included along with everything else.

R2-D2 comes with the following accessories:

The gimmick behind the flame base is that it combines with the Super Battle Droid to recreate the hanger bay scene from ROTS, which is cool in its own right, but leaves very little options as to where else R2 could be placed. With the scene-specific paint job, jacked-up leg configuration and interlocking feature with another figure, it's obvious that Hasbro intended for R2 to be little more than a 3.75" version of an Unleashed statuette. This has left me wondering how many other figures in the Anniversary lineup will suffer the same fate.

One one hand, we finally have R2 using the R4-P17 mold where his third leg need not be removed or replaced...and in my humble opinion is the best mold ever done for astromechs thus far. But on the other hand, the accessories, weird "fireside" deco and hollowed-out legs ruin what could have been the definitive R2-D2. 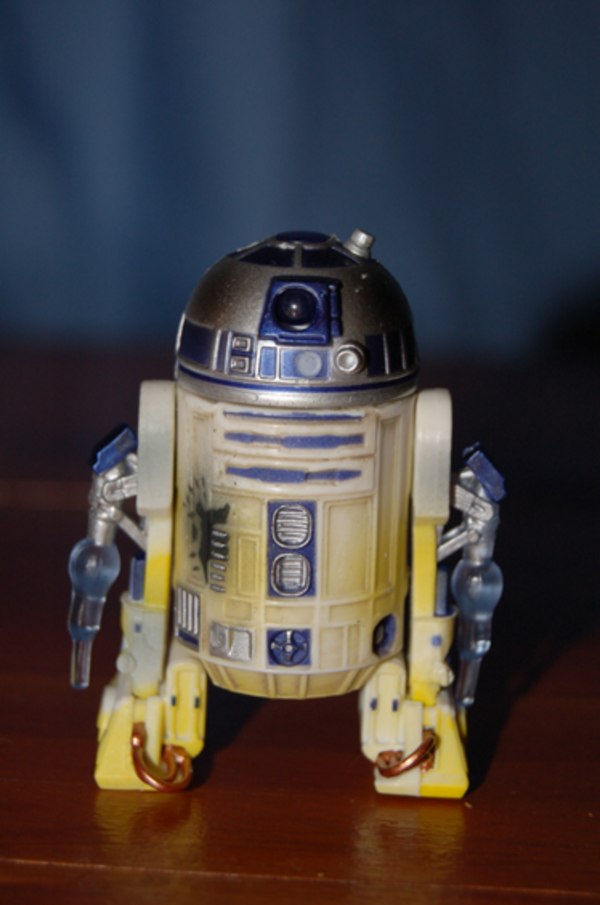 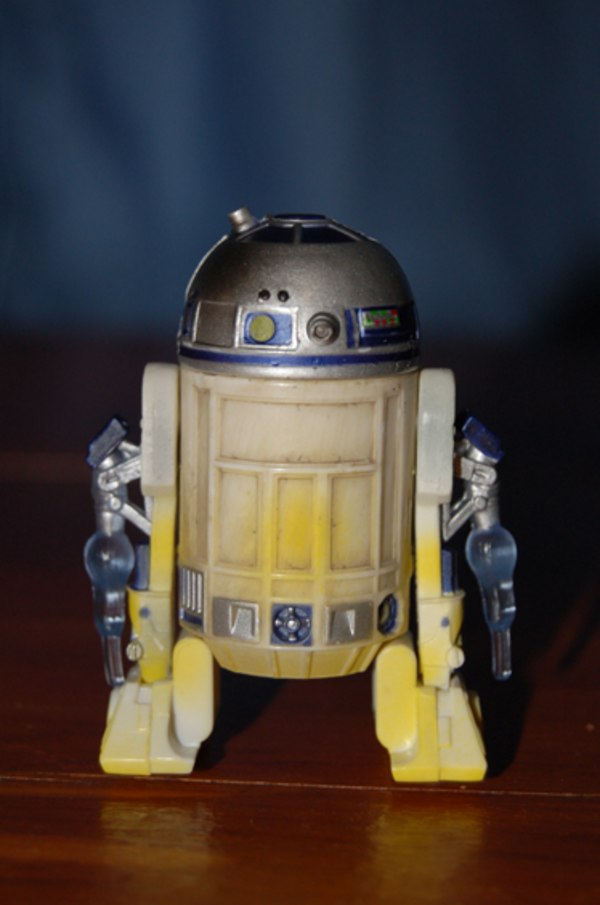 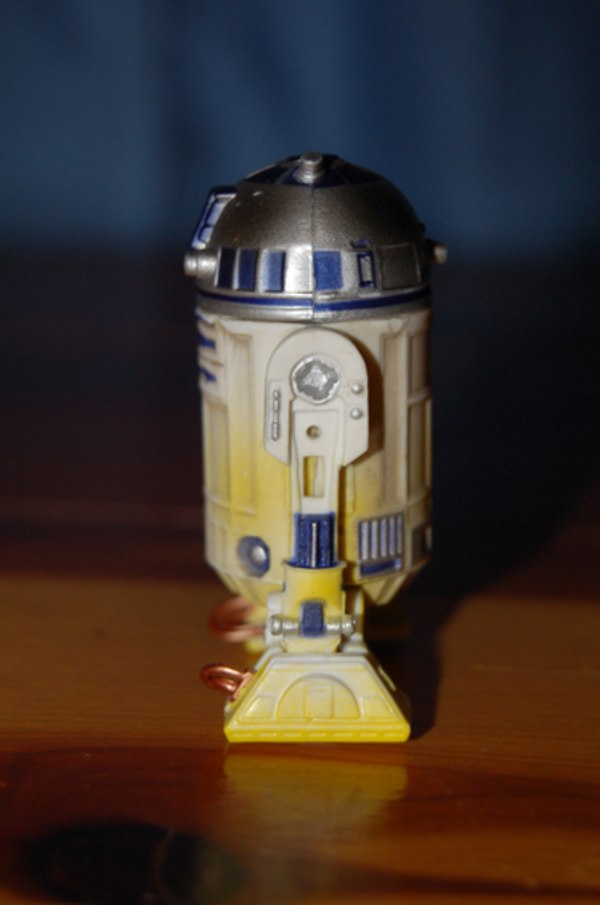 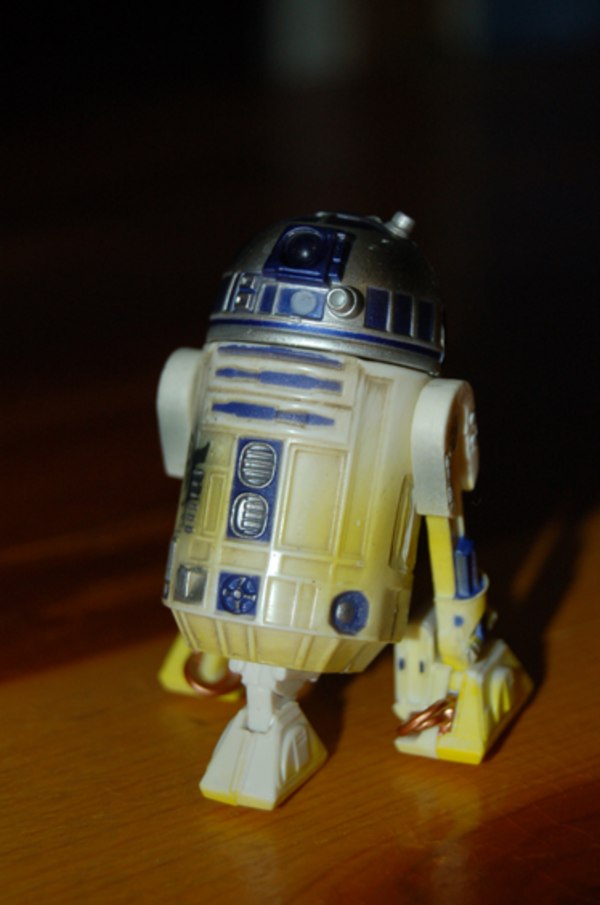 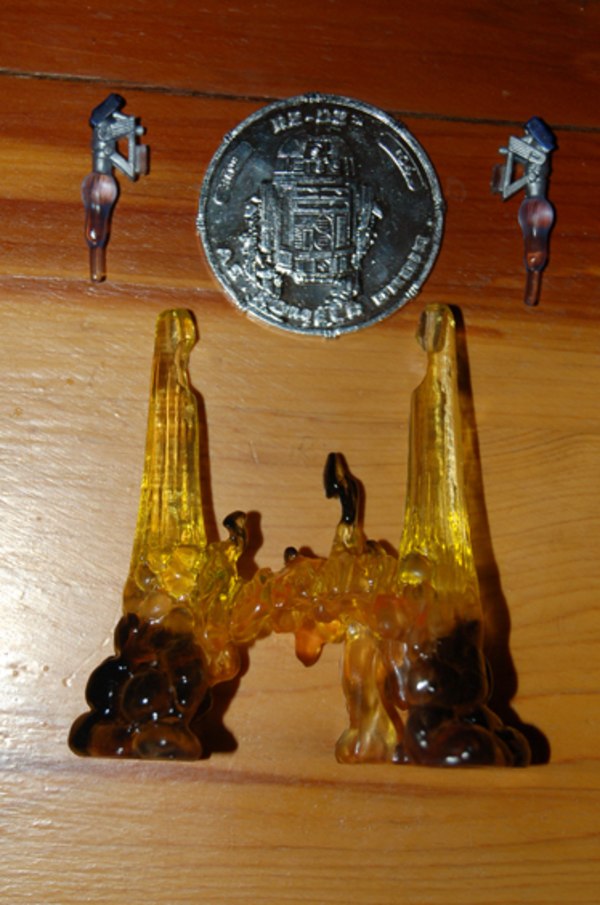 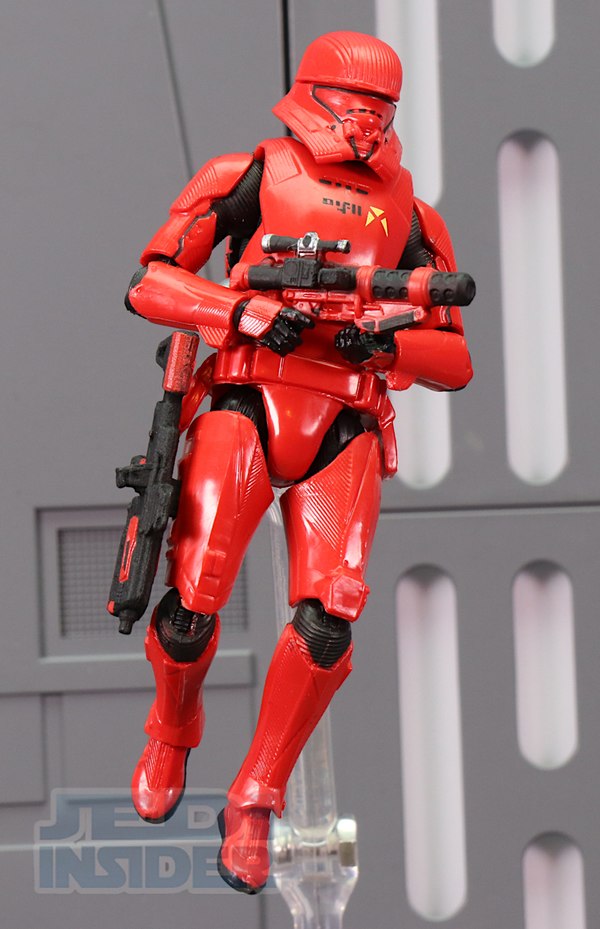