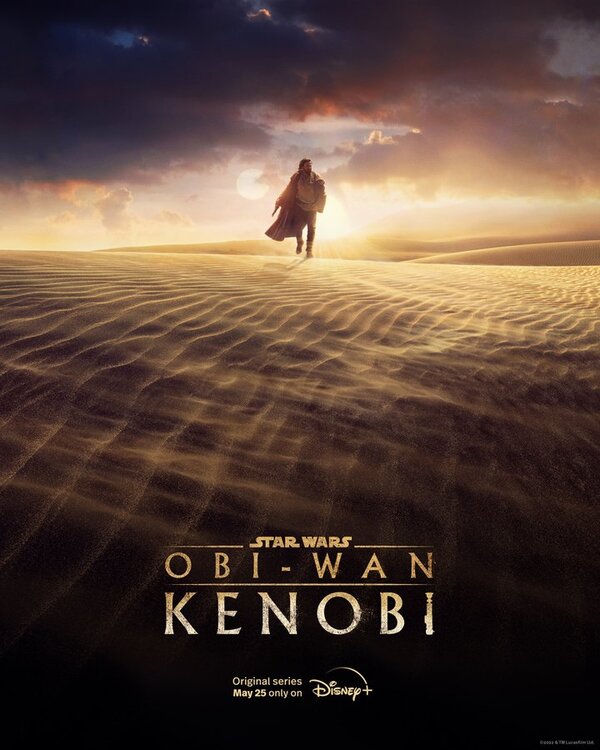 Update: Variety reports Williams has indeed returned to the Star Wars franchise to create a theme for the Kenobi series.

After 2019's Rise Of Skywalker , it was thought composer John Williams' work on the Star Wars franchise had come to an end; but, that may not be the case. There is now a report that Williams may be involved with the Disney+ Obi-Wan Kenobi series; although, what that entails is unclear at this point

According to LRM Online, "We were told that John Williams was helping to score Obi-Wan Kenobi. "

This is followed by a scoop from a OneRing.net interview: ( @ approx. 1:52:50) that says, "...I hope I don't get in trouble, but, since there are no Star Wars fans here, I can tell you that, ...on Friday, at, at a recording studio in Los Angeles, an orchestra assembled,, under the baton of John Williams, ...and the name on the door said 'Kenobi"'"

Is he scoring a single track, like for Solo: A Star Wars Story, or more? As Yoda might say, 'difficult to see, this is.' Obi-Wan Kenobi premieres May 25th on Disney+.

Looks like ill need to resubscribe to disney plus lol

Thank you to the best fans in the galaxy for making#ObiWanKenobithe most-watched@disneyplusOriginal series premiere globally to date, based on hours streamed in an opening weekend.pic.twitter.com/bC5WI0kAby

Basically, the line from The Last Jedi? really?!

As we inch ever closer to the May 27th premiere ofObi-Wan Kenobion Disney+, Ewen McGregor looks back on the character's portrayal, from Alec Guiness to his own introduction in the prequels

JayC - 2022-05-04 @ 1:08 pm
See the second trailer for the upcoming Disney+ Obi-Wan series. The first two episodes 0f the 6 episode event will premier on Friday May 27.The story begins 10 years after the dramatic events of Star Wars: Revenge of the Sith where Obi-Wan Kenobi faced his greatest defeatthe downfall and corruption of his best friend and Jedi apprentice, Anakin Skywalker, who turned to the dark side as evil Sith Lord Darth Vader.The series stars Ewan McGregor, reprising his role as the iconic Jedi Master, and also marks the return of Hayden Christensen in the role of Darth Vader. Joining the cast are Moses Ingram, Joel Edgerton, Bonnie Piesse, Kumail Nanjiani, Indira Varma, Rupert Friend, OShea Jackson Jr., Sung Kang, Simone Kessell and Benny Safdie.Obi-Wan Kenobi is directed by Deborah Chow and executive-produced by Kathleen Kennedy, Michelle Rejwan, Deborah Chow, Ewan McGregor and Joby Harold.
JayC - 2022-03-31 @ 3:22 pm
Incoming transmission from Obi-Wan Kenobi...The premier date for the Disney+ Obi-Wan Kenobi series is shifting from Wednesday May 25 to Friday May 27. And they will be showing the first two episodes that day.
Post Your Comment Now! (membership required)