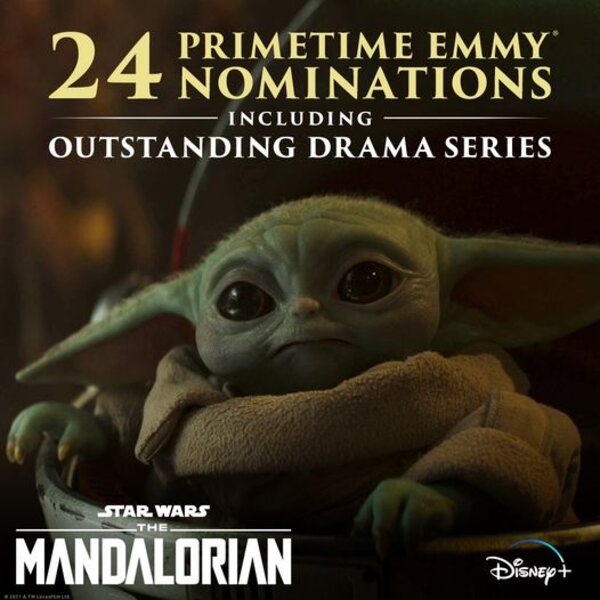 The 2021 Emmy Nominations have been announced, and the Disney+ series, The Mandalorian has received 24 nominations for its second season. (This is compared to the 15 nominations from last year) The categories, which you can see here,, include outstanding series, directing, writing, and three for acting (Giancarlo Esposito, as Moff Gideon, Timothy Olyphant, as Cobb Vanth:, and Carl Weathers, as Greef Karga).