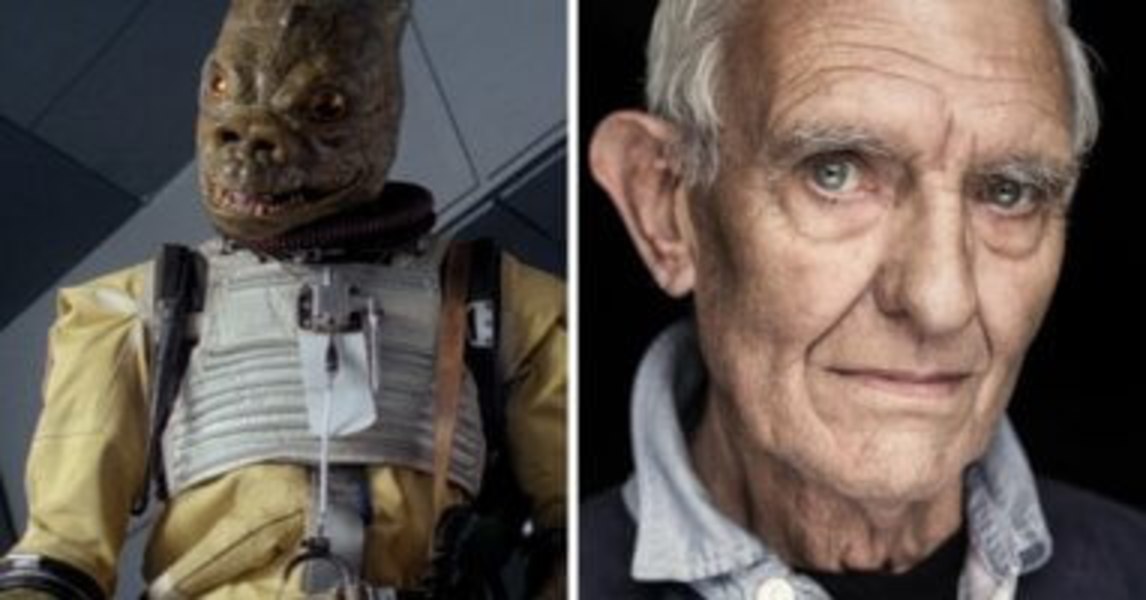 (Image source: Inside the Magic.net)
Best known for playing the bounty hunter, Bossk, in The Empire Strikes Back, actor Alan Harris also played a number of background roles in four of the Star Wars films, as well as standing in for three main characters. He escorted Princess Leia at Yavin base, as well as playing a Rebel technician and a stormtrooper in A New Hope. He played a Hoth rebel soldier, a stormtrooper, a Bespin guard, a stormtrooper, as well as, Bossk, in The Empire Stikes Back, and a stormtrooper again, in Return of the Jedi. He was also a stand-in for C-3PO in Empire and Jedi, as well as, for Terrance Stamp's Chancellor Valorum in The Phantom Menace. He was aslo the original model for the Boba Fett armor. Harris died at age 81.
(Source: Wookiepedia)

Oh no. Rest in Peace.