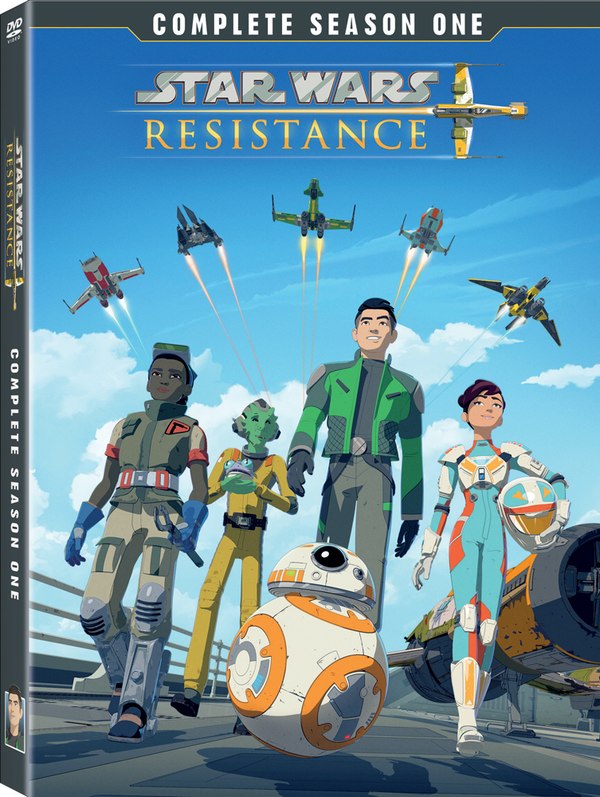 Here's a look at the bonus content and disc
specifications:

Path of Resistance – Join supervising director Justin Ridge and the cast of Star Wars Resistance for a special look at the past, present, and future of the show.