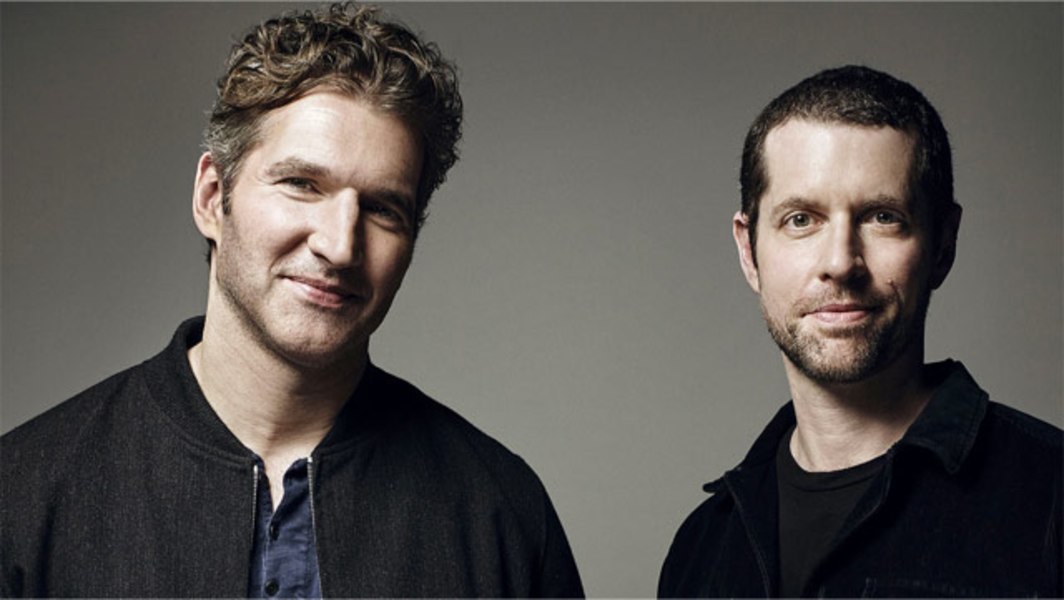 It was announced today that Benioff and Weiss, creators of the smash-hit, Emmy Award-winning television series Game of Thrones, will write and produce a new series of Star Wars films.

These new films will be separate from both the episodic Skywalker saga and the recently-announced trilogy being developed by Rian Johnson, writer-director of Star Wars: The Last Jedi.

I find amusing that they rushed the last season of Game of Thrones so they could get started working on their Star Wars project only to drop it in favor of their Netflix deal.

Game Of Thronescreators David Benioff and D.B. Weiss have walked away from their proposedStar Warstrilogy to focus on their upcoming Netflix projects. They released a statement, saying, "We love Star Wars. When George Lucas built it, he built us too, they said in a statement. Getting to talk about Star Wars with him and the current Star Wars team was the thrill of a lifetime, and we will always be indebted to the saga that changed everything. But there are only so many hours in the day, and we felt we could not do justice to both Star Wars and our Netflix projects. So we are regretfully stepping away.Their trilogy,first announced in February 2018, would have been separate from the nine episodes of the Skywalker saga, as well as, the Rian Johnson-helmed series, announced last year.Their first movie was scheduled for a Dec. 16, 2022release, with two more following in 2024 and 2026.(Source:Variety)

Following the recent announcement that, after the December releaseThe Rise Of Skywalker,the nextStar Warsfilm will not be released until 2022; Disney CEO Bob Iger confirms the next series of films will be written and produced by Game of Thrones showrunners. David Benioff and D.B. Weiss These films,first announced last year, will be separate from the Skywallker saga.(Source:LATimes)

Still, we could see something akin to KotOR and TOR. Im hoping theyll go Meta and have Legends stuff as actual in-lore Legends

It is set in the Old Republic timeline!!!https://screenrant.com/star-wars-old-republic-movie-trilogy-benioff-weiss/