Johnson And Bergman Discuss #StarWars #TheLastJedi And Beyond 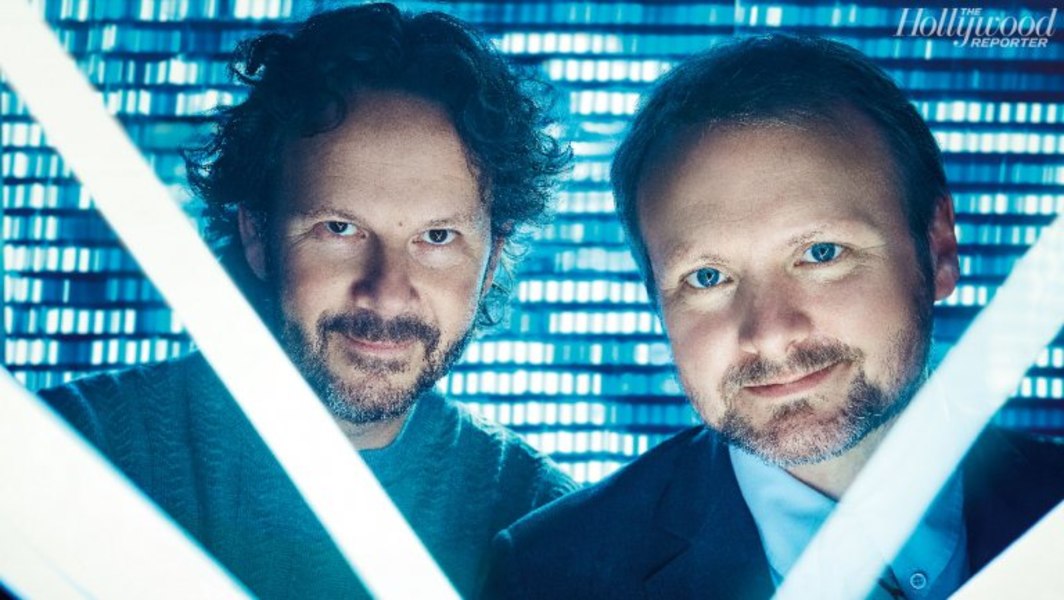 Director Rian Johnson and producer Ram Bergman, who have worked together since 2005, discuss The Last Jedi and the future of Star Wars.
Johnson describes Hamill's role in the film as a "Fisher King""-type character, "someone who had taken himself out of the fight and genuinely believed that the world was better off without what he has to offer... I think he gives a beautiful performance. I'm really excited for folks to see it. He's so good in the movie."
Following Carrie Fisher's death last year. Johnson looked through the footage they had, and says, "I felt really strongly that what we have here is so beautiful,...a beautiful, complete performance from her that I think audiences deserve to see,..that ray of hope from Leia... Luckily we have a fantastic storyteller in J.J. Abrams who is going to figure out a way to bring it home in the end, that's going to be satisfying, I know he's going to. With this movie I just wanted audiences to have this"
Bergman says Kelly Marie Tran ('Rose) was chosen from among 'hundreds and hundreds of girls", with Johnson saying, "I really like this girl." It was great to see so much love for her and to see the movie with the audience, how people responded and how they were invested with her. That was the best feeling in the world."
On his upcoming trilogy, Johnson says, "We're going to figure out the timing of the next one. We haven't figured it out yet...I feel creatively energized right now. I feel like I want to jump right into work. This whole process has left me feeling ready to jump in and do it again right away."

"...Honestly, timeline-wise, I'm not sure yet...I'm more thinking of what's the story going to be, who is it going to follow? What elements is it going to have? What kind of drama is in it? My head right now is more in that place. I haven't really, really gotten into it. Right now I'm mostly excited by the potential and just starting to form little clusters of ideas of what it might become."
You can read more @ The Hollywood Reporter.