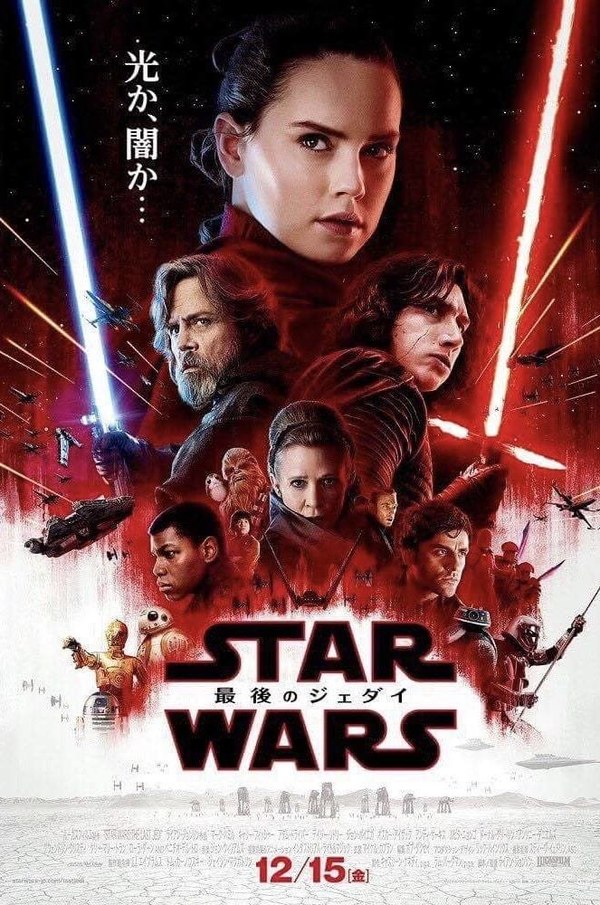 Very similar to the theatrical poster, here's a look at the international poster for Star Wars: The Last Jedi, which switches placements for Luke and Rey, and features Luke finally welding a lightsaber!
(Source: @Star Wars Stuff) 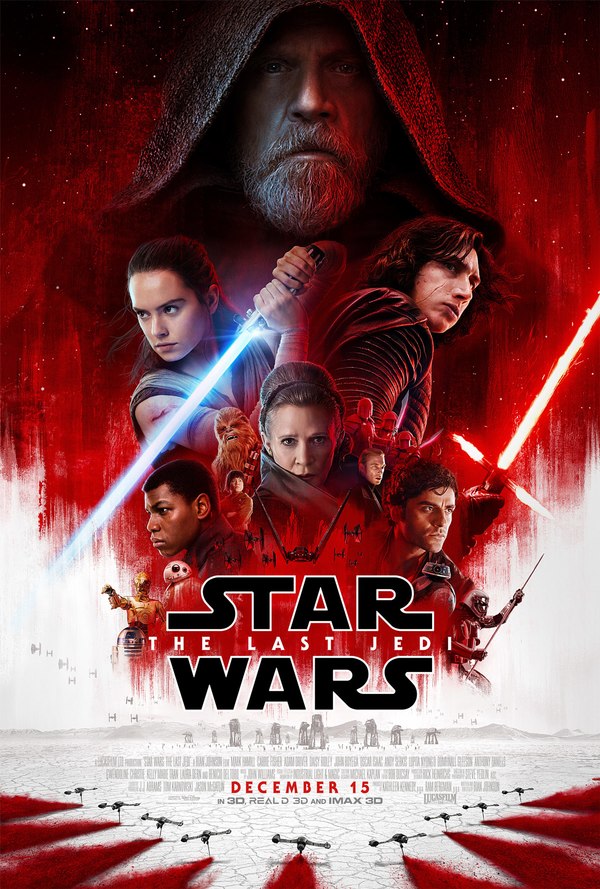