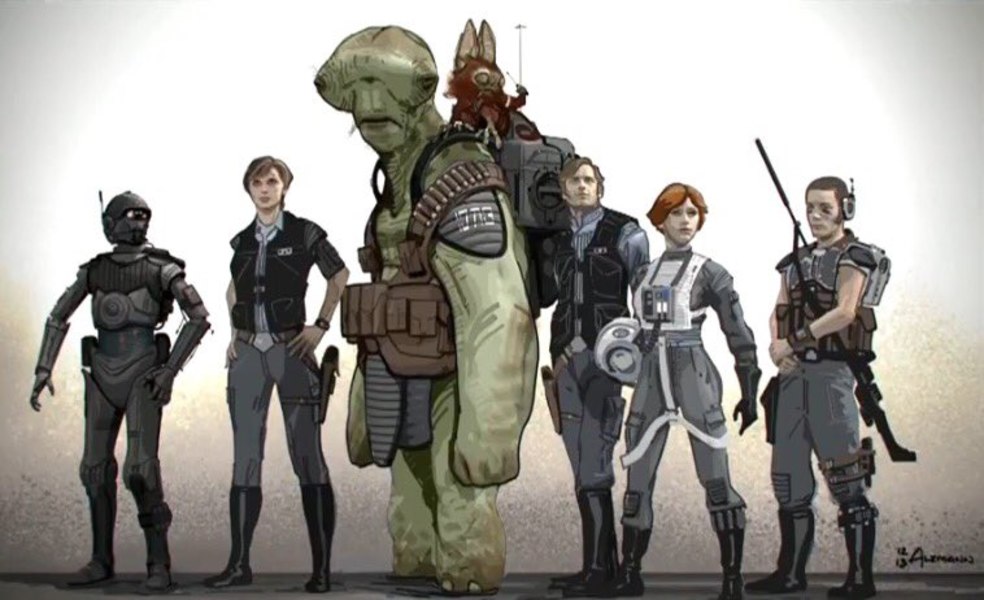 This concept art for "Rogue One: A Star Wars Story," was revealed at Star Wars Celebration Europe 2016.

Conceived as the first in a series of standalone films set within the "Star Wars" universe, "Rogue One" tells the legendary story of how a small group of Rebel spies stole the secret plans to the Death Star, which was originally mentioned in 1977 during the opening crawl of "Star Wars: A New Hope."

Featuring an international and diverse cast of actors, Oscar-nominated Felicity Jones plays the film's central hero: Jyn Erso. She's a strong-willed renegade who is recruited by the Rebel Alliance to join a secret mission led by Captain Cassian Andor.

Oscar-winner Forest Whitaker also appears in the film as rebel veteran Saw Gerrera, a character that first appeared in animation form in the series "Star Wars: The Clone Wars." Other cast members include Mads Mikkelsen as Jyn's father, Galen Erso, who's a brilliant engineer while Alan Tudyk is providing the motion-capture and voice of rebel droid K-2SO. (Speaking of voice work, James Earl Jones will reprise the distinctive and iconic voice of Darth Vader for a cameo appearance.)