Saw Gerrera: From The Clone Wars To Rogue One 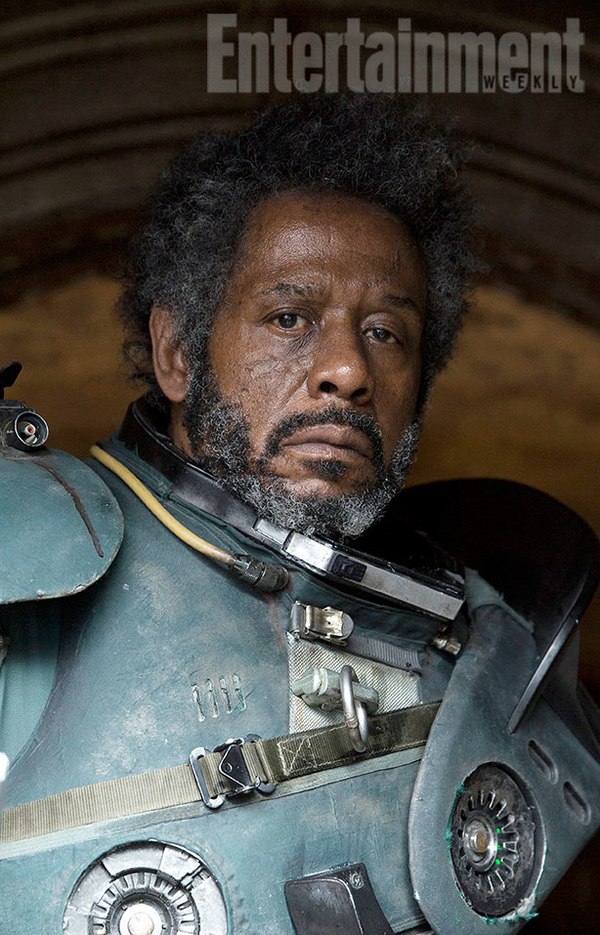 In this week's "Rogue One issue of Entertainment Weekly, it is revealed that we have already been introduced to Forest Whitaker's character, Saw Gerrera, in the season five episode of The Clone Wars, "A War On Two Fronts (Oct '12). In the episode, "...he was a young man on the planet Onderon, unleashing guerilla combat on the droid army of Separatists who took over his world... Saw and [his sister,] Steela were part of an insurgent group being unofficially trained by Anakin, Obi-Wan Kenobi, and the padawan Ahsoka Tano." Saw is also referenced in "Claudia Gray’s recent Leia-centric novel Star Wars: Bloodline,.. the princess-turned-politician is confronted by a rival who challenges her on the “terrorist tactics of the Rebel Alliance,” specifically citing “the campaigns of Saw Gerrera’s Partisans.” In the trailer, Whitaker's Gerrera asks, “If you continue to fight, what will you become?”
(Source: EW)

Directed by Gareth Edwards, Rogue One tells the story of resistance fighters who have united to steal plans to the dreaded Death Star. The movie stars Felicity Jones, Diego Luna, Ben Mendelsohn, Donnie Yen, Jiang Wen, Riz Ahmed, Forest Whitaker, Mads Mikkelsen and Alan Tudyk. The film is due for release on December 16, 2016.