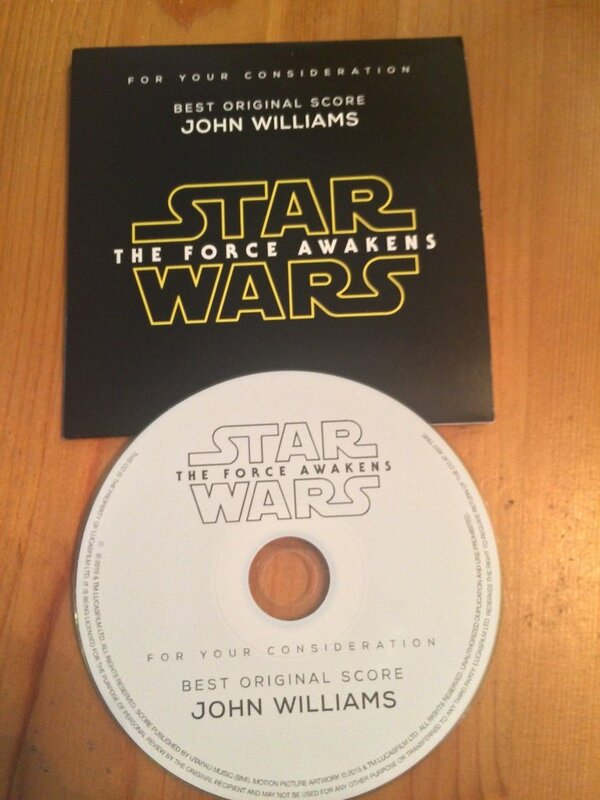 Disney has released a promotional (‘For Your Consideration’) 68-minute soundtrack album for Star Wars: The Force Awakens,including over 13 minutes of music not included on the original album, released last month. The music is available in free streaming through the Disney Awards website, but can also be downloaded in MP3 format from individual track links found here, as well as a a complete cue list of the score, with details on the unreleased cues, chronological order of the OST, and how to create an expanded edition combining the OST and the FYC. 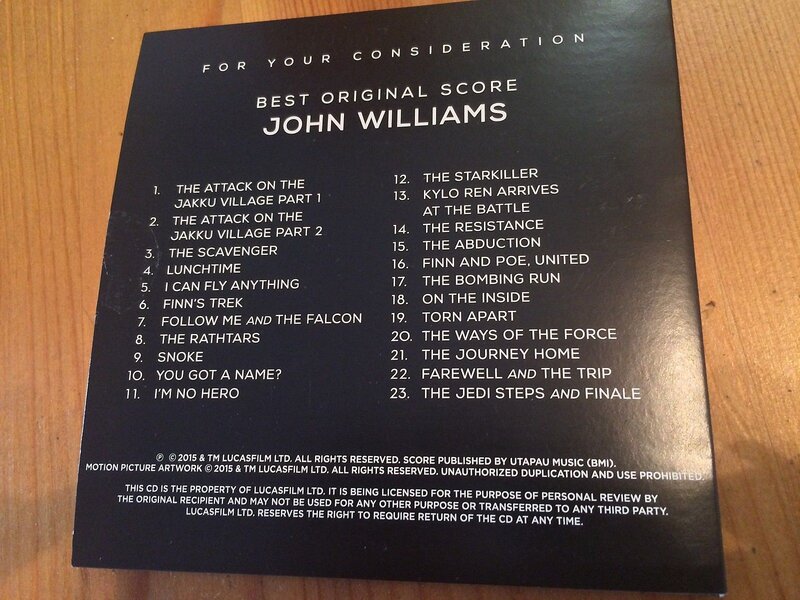