Outsiders - October 20, 2015
AMC Theatres has released their first exclusive poster for Star Wars: The Force Awakens as part of their “Star Wars Sundays” promotion. From December 20th to January 10th, purchase a ticket to see Star Wars: The Force Awakens in IMAX 3D and receive an AMC-exclusive Star Wars print from artist Dan Mumford. A new poster will be revealed each week with the first poster below: 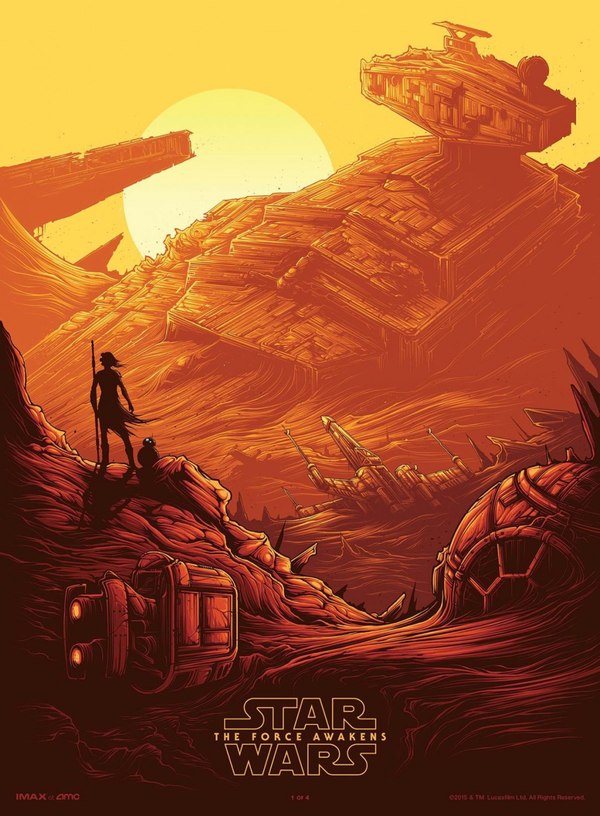