Star Wars: Rogue One Teaser Trailer Debuts At Celebration Along With Details

Jay Cochran - April 19, 2015
While an official teaser trailer has yet to hit the net, here is a recording from the audience at Star Wars Celebration Anaheim which gives us a pretty good look at it.

At the panel it was revealed that this movie will be set between the events of Episode III and IV, leaning more towards IV. There will be no Jedi in this film and it will tell the story of a rogue band of resistance fighters uniting for a daring mission to steal the Death Star plans.

The filmmakers have tapped folks who have worked on other war type movies such as Saving Private Ryan, Zero Dark Thirty, Blackhawk Down. 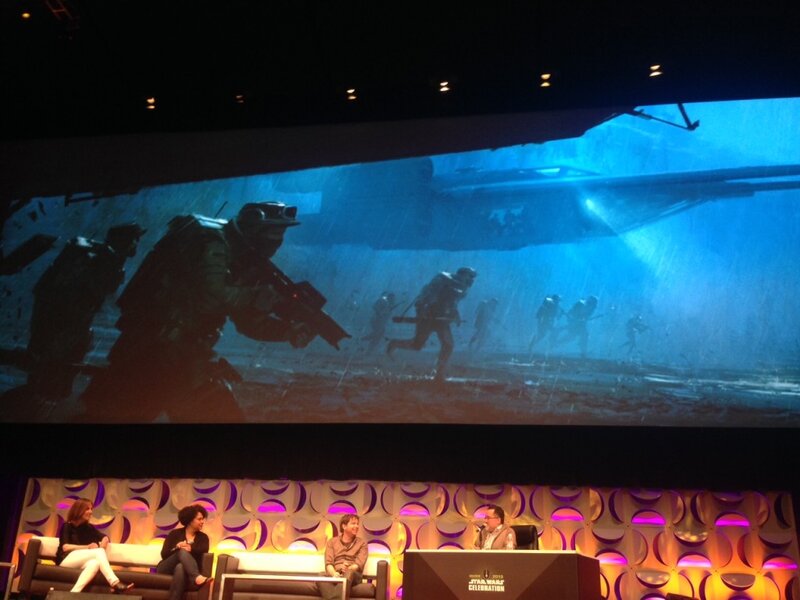