Bespin refugee - June 19, 2014
Don't expect to learn anything about Star Wars: Episode VII from cast member Domhnall Gleeson. The Harry Potter actor ("Bill Weasley" in “Harry Potter and The Deathly Hallows" Parts I & II) talked to the media at the opening of "The Wizarding World of Harry Potter’s Diagon Alley" theme park expansion at Universal Orlando, but, was carefull not to reveal anything about his role in his latest franchise. In fact, as soon as Star Wars was mentioned, he began laughing, shouting, No! No! I can't." He says, "I could destroy my life if I gave away one of the secrets, really quickly,...I’m just always with a no-talk policy about it.” Even when asked if his beard had any connection to the recent appearance of one of his co-stars, Gleeson adds, " I haven’t been on set for a couple of weeks, so that doesn’t give anything away.” He also says, "The only reason I’m doing ‘Star Wars’ is because the script is great, because J.J. [Abrams] is great, and because the cast are great. And that’s what you look for in any movie. So in a way, it’s just another job.”
(Source: MTV)
Image 1 of 1 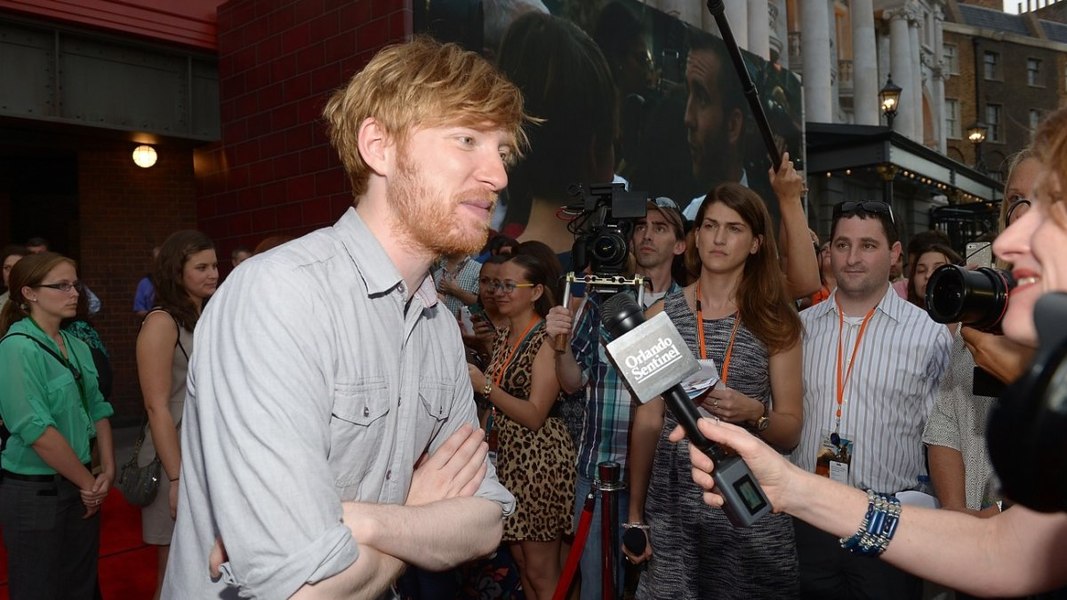